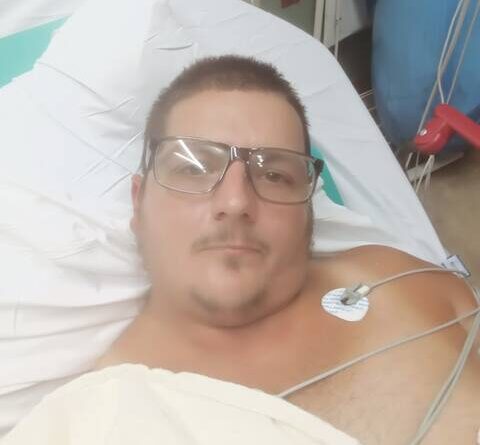 One of the three people shot Saturday night at Kennywood Park said he “felt a shockwave” through his body after he was hit, he told Tribune-Review news partner WPXI-TV during an interview Monday.

Brandon Ward, whom police identified as being 39, said he was standing with his wife at the Musik Express waiting for his daughter when the gun went off.

“The whole park was nothing but teenagers running wild, I mean literally,” Ward told the TV station. “There’s groups of them running everywhere, screaming. There was probably two or three groups of 30 kids. I just happen to notice the one that was behind us. He just looked too calm. There was something going on. You knew it.” A man who was among those shot at Kennywood Park talked with WPXI.

Ward said he and his wife were leaning against a fence when the shooting happened.

“We got pushed into and, boom, it just happened so quick,” Ward said. “As soon as we heard the shot, I felt a shockwave go through my body.

Ward was shot in the leg and began to lose blood, according to WPXI.

Officers applied tourniquets to Ward’s leg, according to WPXI.

Ward told the station a 15-year-old who was pushed into him had been shot and was lying on the ground motionless.

Before the shooting, “I said, ‘Why’s these guys got these masks on like this?’” Ward said. “I noticed one had a hood over his head, and that’s all you seen was kids. There was no adults. The poor kid that got shot next to me, he had nobody with him. He was completely on his own.”

Ward was recovering at his home and needs a walker and crutches, according to WPXI.