Rapper JayDaYoungan has died at the age of 24, after a shooting in his hometown of Bogalusa, Louisiana, on Wednesday, July 27.

Two other people were injured in the incident, which took place just before 6 p.m., according to a police.

The fatal shooting occurred outside a home on the 600 block of Superior Avenue, according to a Facebook post from the Bogalusa Police Department on Wednesday evening.

The statement said that when officers arrived, they “found that one victim had been transported by [privately owned vehicle] to Our Lady of the Angels Emergency Room. Another victim, still on scene, was critically wounded and was treated on scene by [paramedics]” before being taken to the ER.

At about 11 p.m. local time on Wednesday, the police department posted an update confirming the rapper’s death.

Kenyatta Scott Sr. is thought to be the 24-year-old’s father.

The 24-year-old rapper gained popularity in the mid to late 2010s, best known for his tracks “Elimination,” “Opps” and “23 Island.” His latest EP, All Is Well

JayDaYoungan also made headlines for a series of legal problems. In June 2021, he was released from prison after serving seven months on charges of possession of a firearm while under indictment for a crime.

In September 2021, the musician was arrested on charges of obstruction of justice and accessory to a second-degree murder that occurred in Louisiana.

Hip-hop magazine XXL reported that he was “somehow involved in a violent drive-by shooting on August 8, 2020 around 7:30 p.m. between local rival gangs.”

Fox 8 has identified the gangs as La Familia and Purple City Boys. The shooting resulted in one death and injuries to two people. 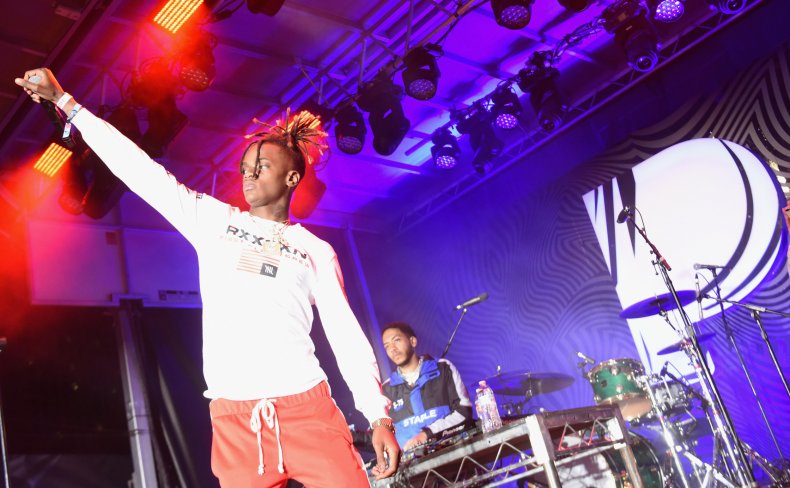 JayDaYoungan performs at Pandora SXSW on March 14, 2018, in Austin, Texas.GETTYIMAGES