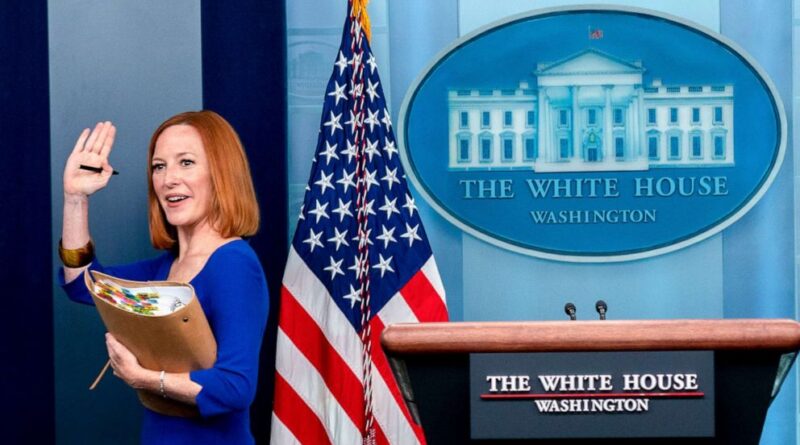 Outgoing White House press secretary Jen Psaki delivered an emotional farewell from the briefing room podium Friday afternoon — expressing thanks to President Joe Biden, her administration colleagues and even the White House press corps.Looking back at the last 15 months and 244 briefings, Psaki said she was “very nervous” when she first visited the Bidens in Delaware in November 2020, saying the majority of that conversation was about “the importance of returning integrity, respect, and civility to the White House.”

After bringing back the daily press briefings that grown heated and then mostly disappeared under the Trump administration, Psaki appeared to relish good-natured sparring with reporters while consistently defending Biden administration policy, making her a favorite target of Fox News hosts and even former President Donald Trump.

“The small sliver of – of my job here in engaging with all of you, that doesn’t – not mean that we have let our Irish side show, mine and the president’s as well, from time to time. I recognize that. But on my best days, and as I look back, and when I look back, I hope I followed the example of integrity and grace that they have set for all of us, and do set for all of us every day.”

Thanking some of the senior administration officials, as well as her press shop, Psaki said she was “very grateful to them,” and countered those she said label Washington as “rotten” and “corrupt.”

“People always ask me, and I’m sure you guys get asked this too, about whether Washington is rotten,” she said to the reporters. “You know, whether everybody is corrupt here and you know nothing good happens, and we all just argue with each other. And I, having done this job, believe the absolute opposite is true, because I have worked with and engaged with all of these incredible people across the administration and this amazing team, many of whom are here that I get to work with every day.”

“At times we have disagreed. That is democracy in action. That is it working. Without accountability, without debate, government is not as strong.” https://t.co/hi29tu0lxM pic.twitter.com/3nTASwbaMC

Psaki is being succeeded by her deputy, Karine Jean-Pierre, who now becomes the first Black and openly gay woman to hold the job.

She has often said she regrets once getting a stern letter of reprimand from a government ethics watchdog for politicking from the podium.

Wrapping up her statement, Psaki turned to the White House reporters she said “challenged” and “pushed me” throughout her time in the high-pressure role.

“You have debated me. And at times we have disagreed. That is democracy in action. That is it working,” she said. “Without accountability, without debate, government is not as strong. And you all play an incredibly pivotal role, thank you for what you do. Thank you for making me better. And most importantly, thank you for the work every day you do to make this country stronger.”

Psaki, who has two young children and came down twice with COVID, has not confirmed reports she will be joining MSNBC.