ENTERTAINMENT NEWS
16/06/202216/06/2022 Melana 0 Comments Johnny Depp
“The crying, the facial expressions that she had, the staring at the jury — all of us were very uncomfortable…,” a juror on the Depp-Heard trial said of the Aquaman actress
By Dave Quinn A member of the jury for the contentious trial between Johnny Depp and Amber Heard is speaking out about the bombshell verdict, saying in a new interview that the jurors did not interpret the actress’ testimony as being sincere.

“The crying, the facial expressions that she had, the staring at the jury — all of us were very uncomfortable…,” the juror told ABC News, in a segment that aired on Good Morning America Thursday. “She would answer one question and she would be crying and then two seconds later she would turn ice cold… Some of us used the expression ‘crocodile tears.’ ”

ABC did not reveal the new name of the juror, instead only identifying him as “one of five men on the jury.” The other two of the seven jurors were women.

According to unnamed juror, jury members felt much of Heard’s story didn’t add up, the majority of the members feeling she was the aggressor.

“A lot of the jury felt what he was saying, at the end of the day, was more believable…,” said the juror. “He just seemed a little more real in terms of how he was responding to questions. His emotional state was very stable throughout…” The juror went on to say that he and his fellow jurors “followed the evidence” when it came to deciding their verdict, denying claims made by Heard and her lawyer that the group was influenced by social media.

“Ultimately what I think it truthful was that they were both abusive to each other,” the juror said. “I don’t think that makes either of them right or wrong. But to rise to the level of what she was claiming, there wasn’t enough or any evidence that really supported what she was saying.”

According to the unnamed man, there was another smoking gun – the revelation that Heard had not donated her $7 million divorce settlement to charity as she had previously pledged.

“She goes on a talk show in the U.K. The video shows her sitting there telling the host that she gave all that money away, and the terms she used in that video clip were, ‘I gave it away,’ ‘I donated it,’ ‘It’s gone,’ but the fact is she didn’t give much of it away at all,” the juror said, summing up the situation as “a fiasco” for Heard. In other insight from the Fairfax, Virginia courtroom where the trial took place, the court stenographer who covered the trial said that some of the jurors struggled to stay awake during the entire six-week trial.

In a clip from an interview with Law & Crime Network, Judy Bellinger — who served as the court reporter and was called a “rockstar” by Judge Penney Azcarate — said that a “few” of the jurors drifted asleep at points during the trial. The juror’s names will be sealed for at least one year, the judge previously ruled.

“There were a few jurors who were dozing off,” Bellinger said, adding that the sleeping jurors were in both the front and back rows. “And it was tough. There were a lot of video deposition, and they would just sit there and all of a sudden I’d see their head drop.”

Just on Wednesday, Heard spoke out about the $7 million settlement, explaining to Savannah Guthrie in her exclusive interview for NBC News that aired in part on Today that she “made a pledge, and that pledge is made over time by its nature.”

Asked if not yet giving away the money raised questions about her credibility, Heard said, “I don’t know, because I feel like so much of the trial was meant to cast dispersions on who I am as a human, my credibility, to call me a liar in every way you can.” 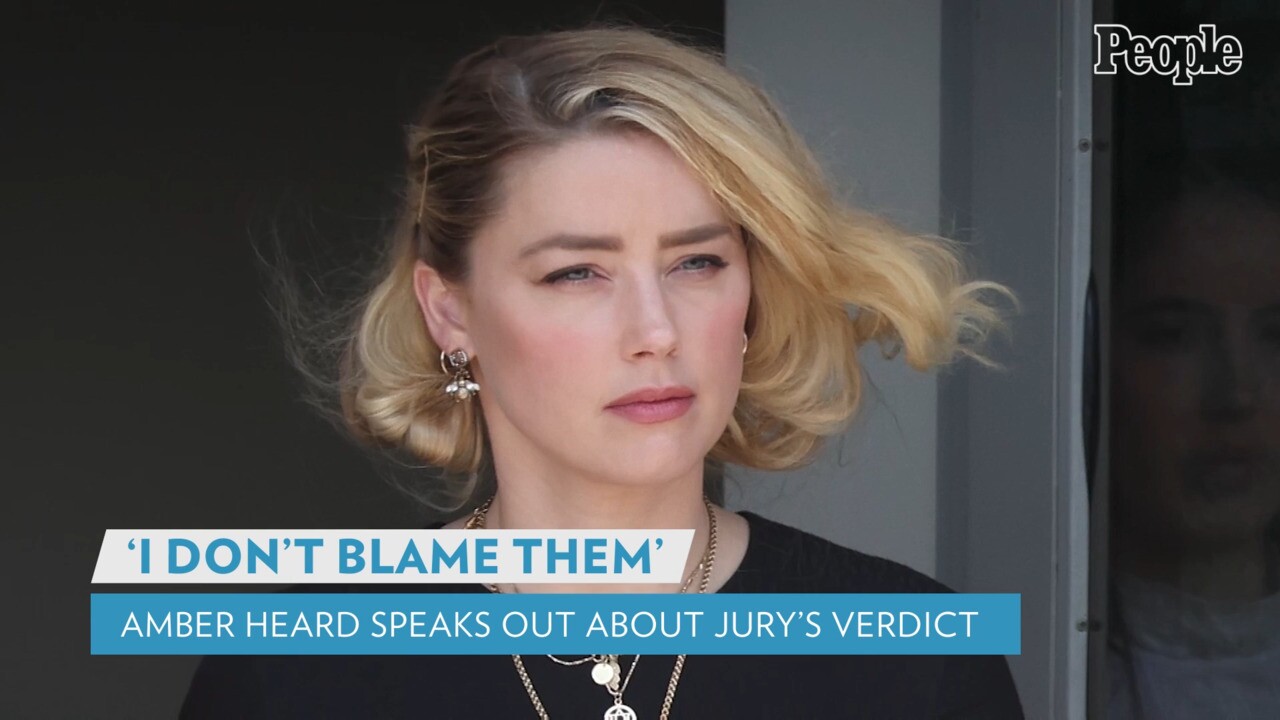 In another preview clip of the interview that aired Monday, the star said she didn’t “blame” the jury for coming to the decision they did.

“They had sat in those seats and heard over three weeks of nonstop relentless testimony from paid employees and, towards the end of the trial, randos — as I say,” Heard said.

When Guthrie asked the actress to confirm that she doesn’t blame the jury, the star said, “I don’t blame them, I actually understand. He’s a beloved character and people feel they know him. He’s a fantastic actor.”

But, as the host reminded her guest that the jury’s “job is to not be dazzled … and look at the facts and evidence,” Heard replied, “Again, how could they, after listening to three and a half weeks of testimony about how I was a non-credible person, [and] not to believe a word that came out of my mouth.”

The verdict in the Depp-Heard case came through on June 1. Depp was awarded $15 million in damages from the jury, though Heard will only have to pay $10.35 million due to a Virginia law limiting punitive damages (the judge reduced the amount). In her countersuit, Heard won one of the three defamation counts, and was awarded $2 million in damages.

Following the verdict, Depp said in a statement the “jury gave me my life back.”

Heard, meanwhile, denounced the decision as a “setback” for women. She told Guthrie that the case is “the most humiliating and horrible thing I have ever been through,” saying, “I have never felt more removed from my own humanity. I felt less than human.”

Her lawyer, Elaine Bredehoft, said recently that her client plans to appeal the verdict.

The Pirates of the Caribbean actor has maintained that he never assaulted Heard, and claimed she physically harmed him. She’s said that she stands by “every word” of her testimony, until her “dying day.”