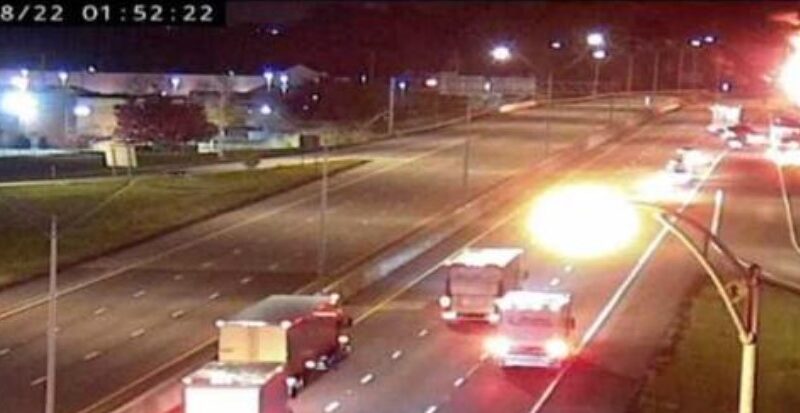 STOW, Ohio — An investigation is underway after a man died following a semi-tanker gas truck fire overnight in Summit County on State Route 8.

According to the Stow Police Department, officials responded at around 1:37 a.m. to a tractor-trailer rollover crash in the Southbound lanes of State Route 8.

Upon arrival, crews found the tanker upside down on fire. After putting out the fire, officials found a man inside the vehicle wreckage, who died on the scene.

Preliminary investigation shows that the tanker was carrying 8,500 gallons of gasoline when it rolled over.

State Route 8 remained closed until around 9 a.m. on Friday morning between East Steels Corners Road and Graham Road near Stow.

According to Stow Police, ODOT has confirmed the road is now safe to drive on, and the far left-hand lane is open.

Crews are still working, and if possible, drivers should continue to avoid the area.

At this time, the victim’s name has not been released.

The Summit County Medical Examiner’s Office, the Stow Police Department and Stow Fire Department are all investigating the crash.

Stay with KDS as we learn more about this developing story.