f you were scrolling through the internet on January 12, 2023, and saw her name popping up everywhere, you might be wondering what happened to Lisa Marie Presley that had everyone worried. 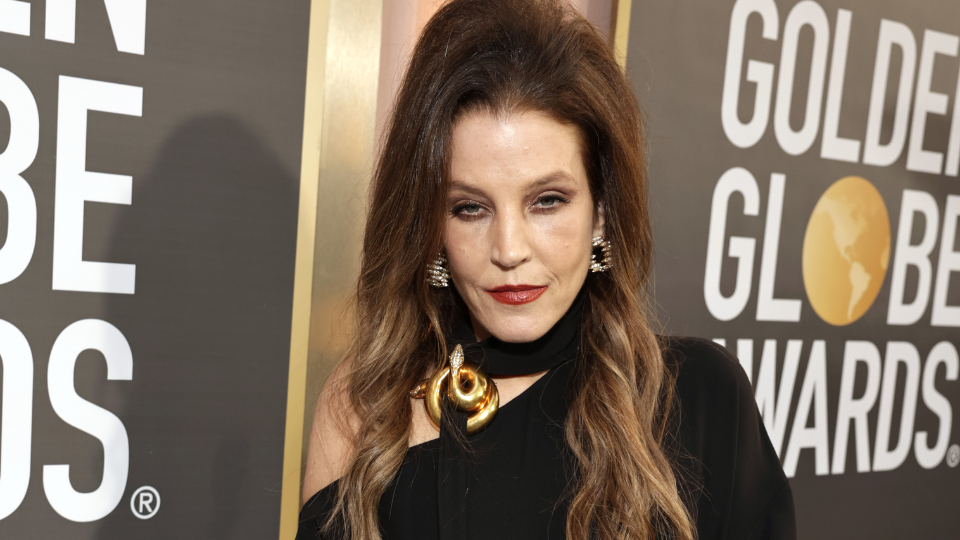 Just two days prior, LMP made an appearance at the Golden Globes where Austin Butler won Best Actor for his portrayal of her father, Elvis, in the Baz Luhrmann-directed biopic bearing “The King”s name. Lisa Marie even interrupted Austin’s red carpet interview, describing his performance as her famous dad as “truly mind-blowing.” She continued: “I really didn’t know what to do with myself after I saw it,” she recalled. “I had to take, like, five days to process it because it was so incredible and so spot on and just so authentic that, yeah, I can’t even describe what it meant.”

During Austin’s acceptance speech at the awards show, he expressed his gratitude to the Presleys for accepting him and his embodiment of this iconic musician. “The Presley family, thank you guys for opening your hearts, your memories, your home to me,” he said. “Lisa Marie and Priscilla, I love you forever.” Here’s everything we know about Lisa Marie’s condition.

What happened to Lisa Marie Presley?

What happened to Lisa Marie Presley? The daughter and only child of the late Elvis died at age 54 on January 12, 2023. Just hours earlier, she was rushed to the hospital having suffered a “full” cardiac arrest.

“It is with a heavy heart that I must share the devastating news that my beautiful daughter Lisa Marie has left us,” her mother Priscilla confirmed to People. “She was the most passionate strong and loving woman I have ever known. We ask for privacy as we try to deal with this profound loss. Thank you for the love and prayers. At this time there will be no further comment.” LMP was merely weeks away from celebrating her 55th birthday on February 1, 2023. 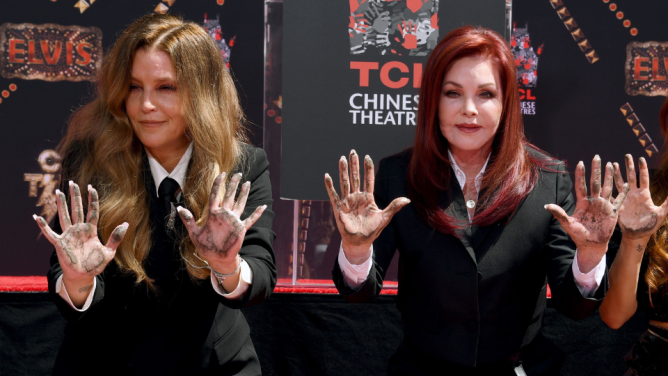 Photos obtained by TMZ showed Priscilla arriving at the hospital to be by her daughter’s side earlier that afternoon. The outlet reported Lisa Marie’s housekeeper found her unresponsive in her bedroom and her ex-husband, Danny Keough, was said to have performed CPR until paramedics arrived. The pair had been living together for some time.

EMTs were called to Lisa Marie’s home in Calabasas on the morning of January 12, with sources saying she’d gone into “full arrest” and had epinephrine administered at the scene at least once to help her regain her pulse. Epinephrine, more commonly known as adrenaline, is commonly administered to treat many life-threatening conditions such as cardiac arrests, asthma attacks and allergic reactions. They also performed CPR and were able to regain her pulse before loading her into an ambulance to the ER.

In a recent interview with People, LMP’s daughter Riley Keough, who stars in Prime Video’s adaptation of Taylor Jenkins Reid’s bestselling novel Daisy Jones & The Six praised her mother’s strength. “My mother is certainly an inspiration to me,” Keough says, adding that “I was raised by somebody who did their own thing and didn’t really care what other people thought.” 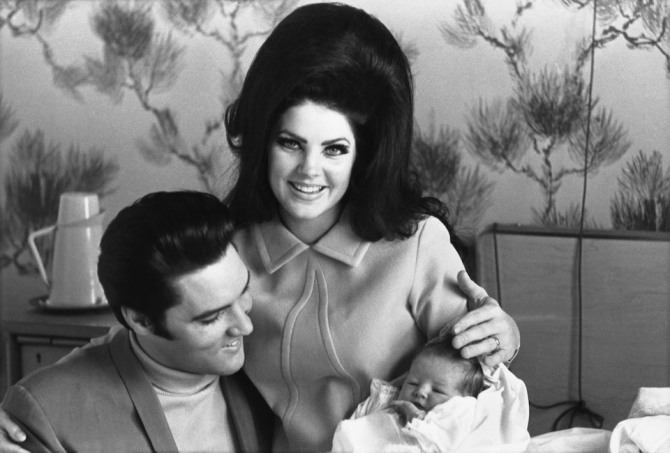 Her mother, Priscilla, and father, Elvis, met in November 1959 when he was 24 years old and she was 14 years old. They married in Las Vegas May 1, 1967, and welcomed their first and only child together, Lisa Marie, nine months later on February 1, 1968. He was so enamored with her that the “Blue Suede Shoes” singer named his private jet after his daughter. Elvis and Priscilla were married for four years before their separation in 1972. They finalized their divorce a year later on October 9, 1973 and went on to share custody of Lisa Marie before Elvis’ death on August 16, 1977, at the age of 42 years old.

During an interview with Radar Online in February 2019, Lisa Marie recalled the last time she saw her father alive. “I don’t like talking about this,” she said, speaking about the night Elvis died at his Graceland home. “It was 4 a.m. I was supposed to be asleep, actually. He found me.” Her father kissed her goodnight, which was “the last time I saw him alive.”

Three physicians—Eric Muirhead, Jerry Francisco and Noel Florredo—conducted an autopsy on Elvis the same day he passed away. While the postmortem examination took two hours to complete, Francisco decided to make a public statement about Elvis Presley’s cause of death midway through the process without the consent of his fellow pathologists. He cited “preliminary autopsy data” and announced to the press that Elvis Presley’s cause of death was “cardiac arrhythmia,” a.k.a., a heart attack. 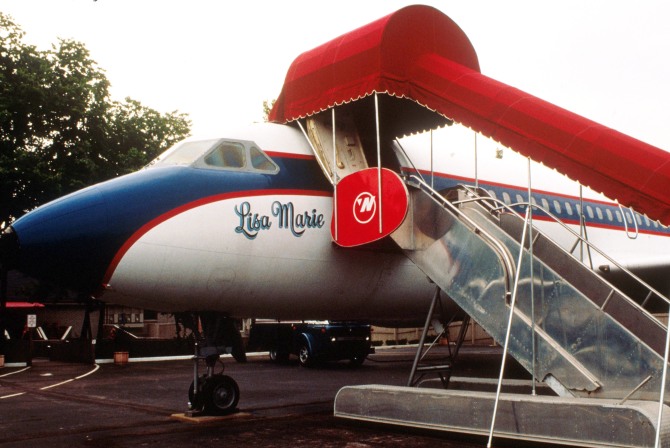 Francisco also claimed at the time that there was no indication that drugs played a role in his death. When pressed for details to confirm whether or not drugs were involved, Francisco dodged reporters, claiming that “the specific cause [of Elvis’s death] may not be known for a week or two pending lab studies. He added, “It is possible in cases like this that the specific cause will never be known.”

However, several weeks and a toxicology report later, Elvis Presley’s cause of death was confirmed—and the results weren’t quite as simple as Francisco let on. According to Presley’s toxicology report, which arrived several weeks following his death in August 1977, the rockstar had significantly high levels of Codeine, Dilaudid, Percodan and Demerol in detected in his blood, plus another 10 narcotics in his system. Elvis was a longtime opiate user, having also abused sleeping pills, antihistamines, barbiturates and, lastly, laxatives to treat intense constipation caused by his prescription-grade painkillers.

In his final moments, Elvis likely strained so hard to pass a bowel movement that the effort put an extreme amount of pressure on his heart, resulting in cardiac arrest. Yet at the time of his passing, it seems that medical examiner Francisco purposefully left out these additional details in a bid to satisfy the Presley family, who were desperate to try to keep the rockstar’s drug use a secret and maintain his public image after his death.

During an interview to promote her new duet with Elvis, released in 2018, “Where No One Stands Alone,” Lisa Marie revealed she still asks her dad for guidance during some moments of her life. “I wouldn’t say I talk to him… I just remember everything. I can sort of pull out of the files whatever memories I have and stuff like that. And occasionally ask for help. Which was the case with this record. I just felt like a hand come down to me, it felt like that a little bit,” she said on the UK talk show Lorraine.

LMP owned and operated the immensely lucrative Elvis Presley Enterprises until 2005 when she sold off the entirety of the business. She is a mother to three children, Benjamin Keough, Riley Keough, Finley Aaron Love Lockwood and Harper Vivienne Ann Lockwood. She has been married four times, including to pop star Michael Jackson for two years.