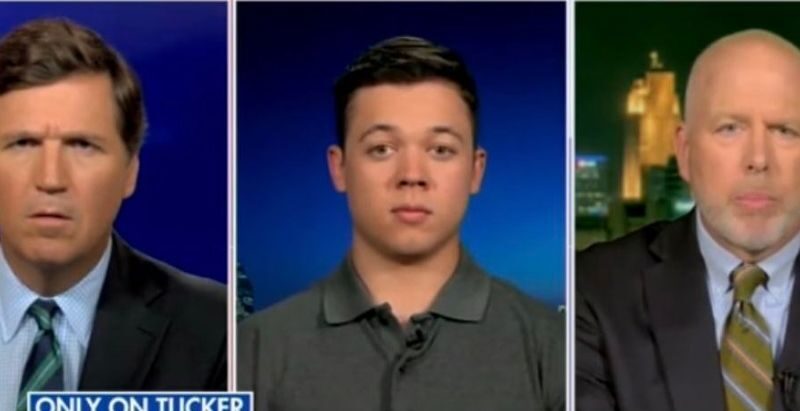 Kyle Rittenhouse and his attorney, Todd McMurtry, vowed to hold Facebook and Big Tech “accountable” Monday for defaming the teen both during and in the aftermath of his murder trial.

McMurtry recently joined Rittenhouse’s legal team to lead the effort in filing defamation lawsuits against public and media figures who reported false accusations and statements about the teen surrounding his November trial. Rittenhouse was acquitted of all five felony charges brought against him for fatally shooting Joseph Rosenbaum and Anthony Huber, plus injuring Gaige Grosskreutz with an AR-15-style rifle in Kenosha, Wisconsin.

Rittenhouse said the media and Big Tech’s defamation has led him to need private security to protect him from harassment and face the possibility of not getting employement due to his reputation.

“We’re going to make the media pay for what they did to me,” Rittenhouse told Fox News and Daily Caller co-founder Tucker Carlson. “They made it hard for me to live a normal life. I can’t go out into public. I can’t go to the store. It’s hard for me to go anywhere without security. Doing basic things like taking my dog to the dog park is difficult, so they made it really difficult to be normal and they affected future job opportunities to me. I don’t think I’ll ever be able to work or get a job, because I’m afraid an employer may not hire me.”

McMurtry said they plan to sue Zuckerberg for defamatory statements and for violating Section 230, also known as the Communications Decency Act, which protects internet and social media platforms that remove offensive material and provides website immunity with respect to third-party content. The attorney alleged that the Facebook CEO called the shootings in Kenosha a “mass murder” event.

“We’re going to sue, A, for the defamatory statements that Kyle engaged in mass murder and, B, for violations of Section 230 by taking down posts that told the truth about Kyle. So in essence, they suppressed the truth by taking down truthful posts,” McMurtry said. “The Communications Decency Act does not provide that protection.”

He then said the media engaged in “actual malice” and “negligence” by falsely labeling the teen as a “white supremacist” and claiming he crossed state lines with a firearm.

“Calling somebody a murderer in certain circumstances can be actionable. Other things that media personalities, people on social media said, were clearly defamatory,” the attorney said.  “I think your [Carlson] comment about [the media] calling Kyle a white supremacist is made up out of thin air. I don’t know how the media can claim they didn’t make a statement that was completely made up out of thin air without engaging in actual malice or most certainly negligence.”

“I think we have some strong grounds to proceed,” he continued. “We’re going to evaluate them and look for opportunities to hold the media and to hold [Big] Tech accountable, as Kyle’s promised.”

Rittenhouse launched the Media Accountability Project in February to fundraise and bring forth legal action against media organizations and public figures who had defamed him. He has previously vowed to sue NBA star LeBron James for accusing Rittenhouse of crying fake tears during his November 10 testimony.

Kyle Rittenhouse broke down in tears at his murder trial while on the witness stand as he described the events of Aug. 25, 2020 in Kenosha, Wisconsin. pic.twitter.com/bFoip1xmSg

During his presidential bid, President Joe Biden suggested that Rittenhouse was a “white supremacist” in a video accusing former President Donald Trump of refusing to disavow white supremacist in September 2020. Democratic Missouri Rep. Cori Bush also referred to the verdict as “white supremacy in action” and accused the justice system of not holding “white supremacists accountable” in a Nov. 19 tweet.

The judge. The jury. The defendant.