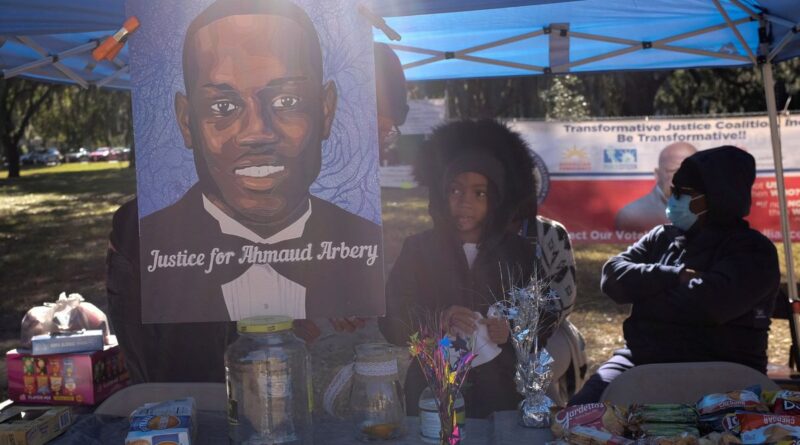 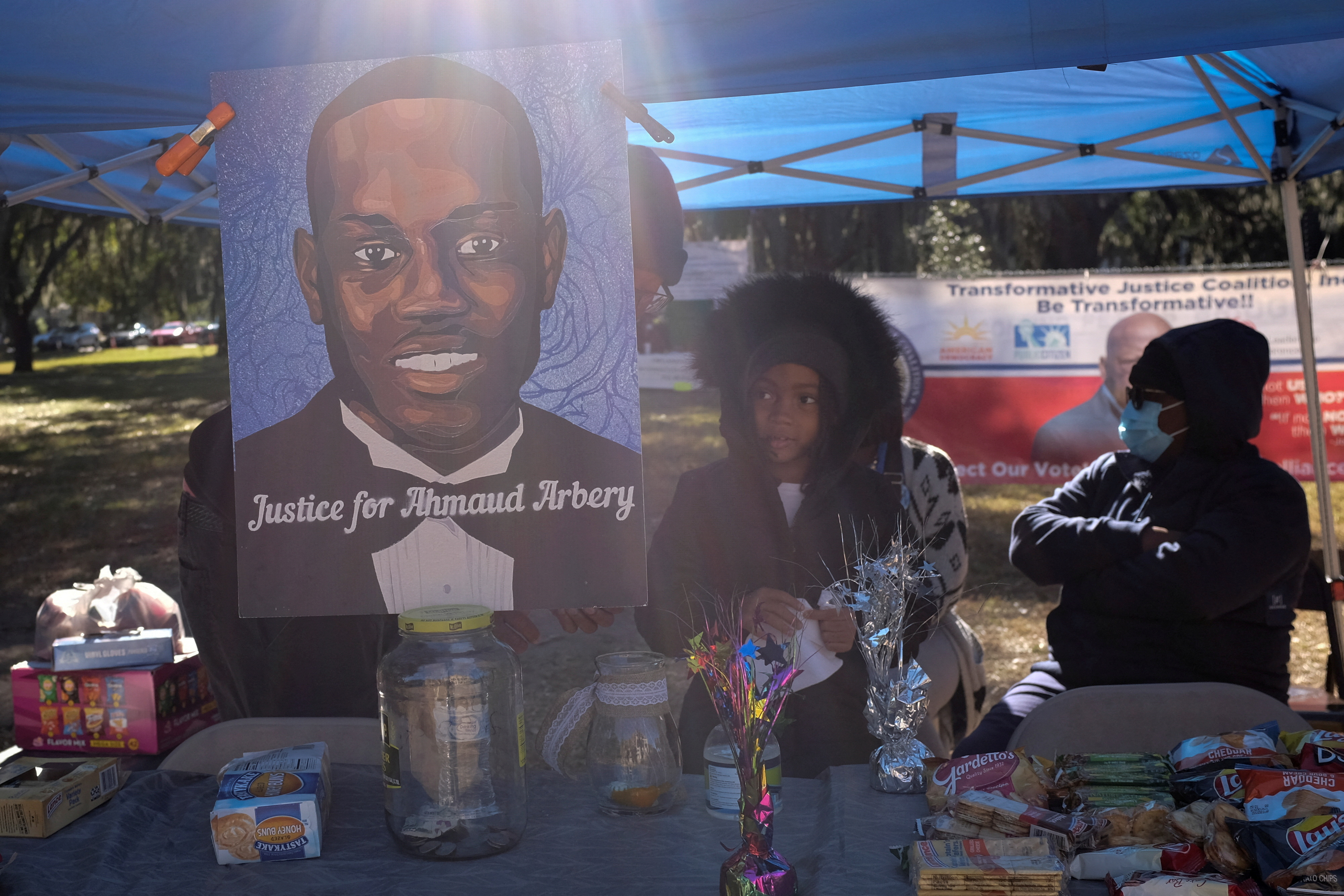 A poster depicting Ahmaud Arbery is seen outside the Glynn County Courthouse while Greg McMichael, his son Travis McMichael and William “Roddie” Bryan are tried over the killing of Ahmaud Arbery, in Brunswick, Georgia, U.S., November 23, 2021. REUTERS/Marco Bello

BRUNSWICK, Ga., Aug 8 (Reuters) – A judge sentenced Travis McMichael to life in prison on Monday for committing federal hate crimes in the 2020 killing of Ahmaud Arbery, a Black man shot while jogging through a mostly white Georgia neighborhood in a case that probed issues of racist violence and vigilantism in America.

U.S. District Judge Lisa Godbey Wood sentenced McMichael, a 36-year-old white former U.S. Coast Guard mechanic, in the coastal city of Brunswick. McMichael, convicted of murder in an earlier state trial, was the first of the three white men convicted in the case to be sentenced in hearings on Monday.

In handing down the sentence, Wood said the widely seen cellphone video of McMichael shooting Arbery at close range with a shotgun was seared into her memory.

“You acted because of the color of Mr. Arbery’s skin,” the judge said.

McMichael, his father Gregory McMichael, 66, and their neighbor William “Roddie” Bryan, 52, were found guilty in February of violating Arbery’s civil rights by attacking him because of his race and of attempted kidnapping. Gregory McMichael and Bryan are scheduled to be sentenced later in the day.

Arbery’s case is one in a series of killings of Black people in recent years that have drawn attention to the issue of racism in the U.S. criminal justice system and law enforcement. It also highlighted the broader issue of U.S. gun violence.

The slain man’s father, Marcus Arbery, told the court during the hearing: “These three devils have broken my heart into pieces that cannot be found or repaired.” Referring to Travis McMichael, he added: “You hate Black people.”

He declined his chance to testify on Monday, but his lawyer Amy Lee Copeland said a Georgia state prison was too dangerous for him and that he had received death threats.

“This case involves at least in part concerns of vigilante justice,” she told the court. “I realize the rich irony, judge, in expressing my concern that my client will face vigilante justice himself.”

The three men previously were convicted last November in state court of murder, aggravated assault, false imprisonment and criminal intent to commit a felony for chasing and shooting Arbery as he ran in their neighborhood in Satilla Shores, near Brunswick, with a jury rejecting self-defense claims. They have appealed their state convictions.

In the hate crimes trial, the McMichaels were also convicted of a federal firearms charge.

In that case, the McMichaels had agreed to plead guilty and the son acknowledged in court that he singled out Arbery because of his “race and color.” The judge rejected the plea agreement because it would have bound her to a 30-year sentence to be served in federal prison before the men were returned to the Georgia prison system, considered a harsher environment for inmates compared to federal penitentiaries. The plea deals were subsequently withdrawn.

Gregory McMichael was a former Glynn County police officer who later worked for the local prosecutor’s office. Roddie Bryan worked as a mechanic.

Arbery was jogging through the leafy Satilla Shores neighborhood on a February 2020 afternoon when the McMichaels decided to grab their guns, jump in a pickup truck and give chase. Their neighbor Bryan joined the chase in his own pickup truck and pulled out his cellphone to record Travis McMichael firing a shotgun at Arbery at close range. Arbery had nothing on him besides his running clothes and sneakers.

The video of the incident emerged months later.

The McMichaels have said they believed that Arbery appeared suspicious, speaking of a series of neighborhood break-ins. No evidence ever emerged connecting Arbery to any Satilla Shore thefts.