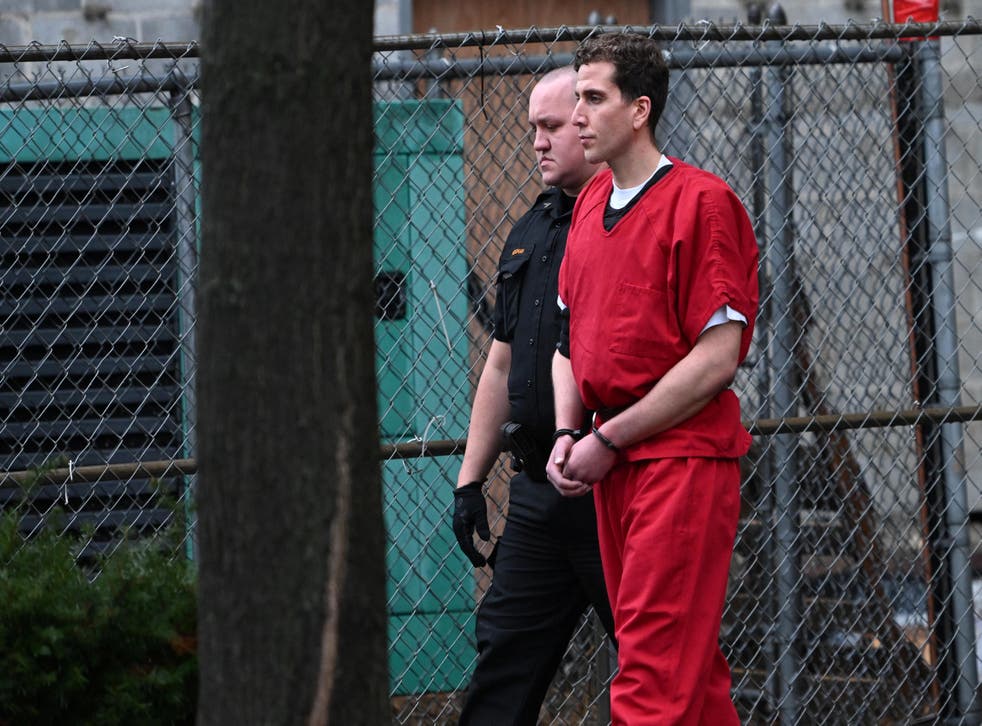 Bryan Christopher Kohberger, a graduate student jailed on charges of first-degree murder in the stabbing deaths of four University of Idaho students more than six weeks ago, departs court after an extradition hearing in Stroudsburg, Pennsylvania, U.S. January 3, 2023 (REUTERS)

Stunning new details about the murders of four University of Idaho students have been revealed in an affidavit supporting the arrest of suspect Bryan Christopher Kohberger.

Mr Kohberger, a 28-year-old criminology PhD student at Washington State University, has been charged in the 13 November deaths of Ethan Chapin, 20, Kaylee Goncalves, 21, Xana Kernodle, 20, and Madison Mogen, 21. They were killed in a rental home just blocks from the UI campus in Moscow, Idaho, right across the state border from WSU in Pullman, Washington.

The suspect was arrested in his native Pennsylvania, then extradited to Idaho, where court documents were unsealed following his first appearance before a judge in the state.

Portions were redacted but the remaining pages revealed chilling details about the murders – among them that a surviving roommate came face to face with the killer; Kohberger’s cell phone record and police traffic stops indicate he’d been casing the home; and DNA from a knife sheath was used to forensically connect the grad student to the crimes.

Here are the biggest revelations from the documents:

A roommate who lived with the three female victims at the King Road resident told investigators that she spotted the killer and overheard him telling his victims “I’m going to help you” before stabbing them to death, according to the afffidavit.

The survivor – identified as D.M. – told investigators that the four victims had all come back to the King Road home from their respective nights out at around 2am and were in their rooms by around 4am – except for Kernodle, who got up to collect a DoorDash order around that time.

D.M. said that she had gone to sleep in her bedroom on the second floor of the three-floor home and was awoken by what sounded like Goncalves playing with her dog in one of the third-floor bedrooms. 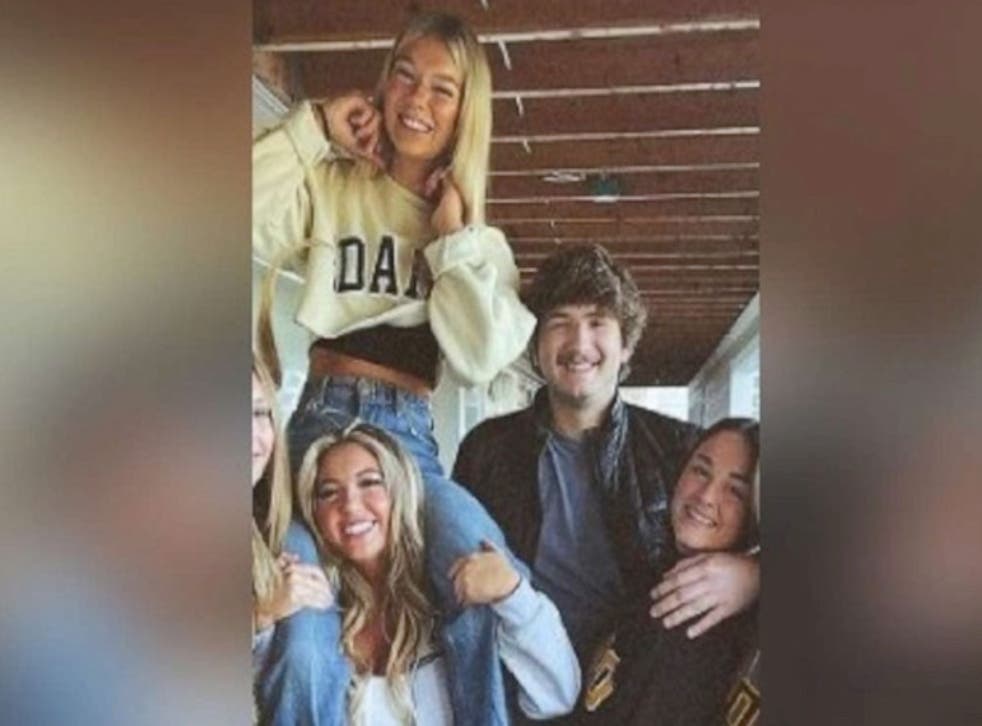 A short time later, D.M. said that she heard someone believed to be either Goncalves or Kernodle saying something to the effect of “there’s someone here”.

Minutes later, D.M. said that she looked out of her bedroom for the first time but did not see anything.

She then opened her door for a second time when she heard what she thought was crying coming from Kernodle’s room, the documents state.

At that point, she said she heard a man’s voice saying something to the effect of “it’s ok, I’m going to help you”.

When she opened her door for a third time minutes later, she said she saw “a figure clad in black clothing and a mask that covered the person’s mouth and nose walking towards her”.

As she stood in a “frozen shock phase,” she said the man – who she did not recognise – walked past her and headed toward the back sliding glass door of the home.

The witness said that she then locked herself in her room, the affidavit continues.

Hours later, Mogen and Goncalves were both found stabbed to death together in Mogen’s single bed in her room on the third floor.

The bodies of young couple Kernodle and Chapin were both found in Kernodle’s bedroom on the second floor of the property, with the 20-year-old woman found on the floor.

The killer left a tan leather knife sheath on Mogen’s bed next to her butchered body, according to the court documents.

Mr Kohberger’s DNA was found on the sheath which features the “Ka-Bar” “USMC” and the United States Marine Corps eagle globe and anchor insignia stamped on the outside of it,” the documents state.

“The Idaho state lab later located a single source of male DNA (suspect Profile) left on the button snap of the knife sheath.”

Investigators were able to trace the DNA evidence to Mr Kohberger by matching it to DNA found on trash recovered from his family home in Albrightsville, Pennsylvania.

The knife itself has still yet to be found.

Kohberger was also linked to the murders through his white Hyundai Elantra and through cellphone data.

His vehicle had been captured on surveillance footage driving from his home in Pullman, Washington state, to the King Road home around the time of the murders – and then back again, the documents state.

Investigators believe that Mr Kohberger turned his cellphone off on the night of the murders in order to try to avoid detection.

However, cellphone data places him close to the home on King Road at around 9am on 13 November – suggesting that he returned to the scene of the crime just hours after allegedly murdering the four victims at around 4am.

Prior to the 13 November massacre, investigators also believe that he stalked the victims’ home at least 12 times. 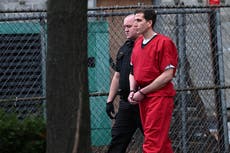 Bryan Kohberger is pictured in court on 5 January

Cellphone records show that his phone pinged in the area of the King Road home on at least twelve occasions prior to the time of the murders. The exact dates of these instances were not revealed in the documents but all bar one were in the late evening or early morning hours.

One incident was identified on 21 August, when the suspect was stopped by police just minutes from the home where he allegedly knifed the four students to death three months later.

A citation from Latah County Sheriff’s Office, obtained by The Independent earlier this week, reveals that the traffic stop took place at around 11.40pm at the intersection of West Pullman Road and Farm Road in Moscow. The record shows he was stopped for failing to wear his seatbelt – just 1.7 miles and a five-minute drive from the home on King Road where the victims were murdered.

According to the affidavit, Kohberger applied for an internship in fall 2022 with the Pullman Police Department.

“Kohberger wrote in his essay he had interest in assisting rural law enforcement agencies with how to better collect and analyze technological data in public safety operations,” the affidavit states.

“Kohberger also posted a Reddit survey which can be found by an open-source internet search. The survey asked for participants to provide information to ‘understand how emotions and psychological traits influence decision making when committing a crime.’”

Prior to his WSU studies, Kohberger had obtained a masters in criminal justice from DeSales University in his native Pennsylvania. He had also worked as a part-time security officer in Pleasant Valley School District, which had also employed his mother and father.

Pullman Police Department on Thursday did not immediately return a request from The Independent about whether Kohberger was actually granted the internship. An Idaho judge has issued a gag order in the case barring law enforcement from commenting on most matters relating to the murders. 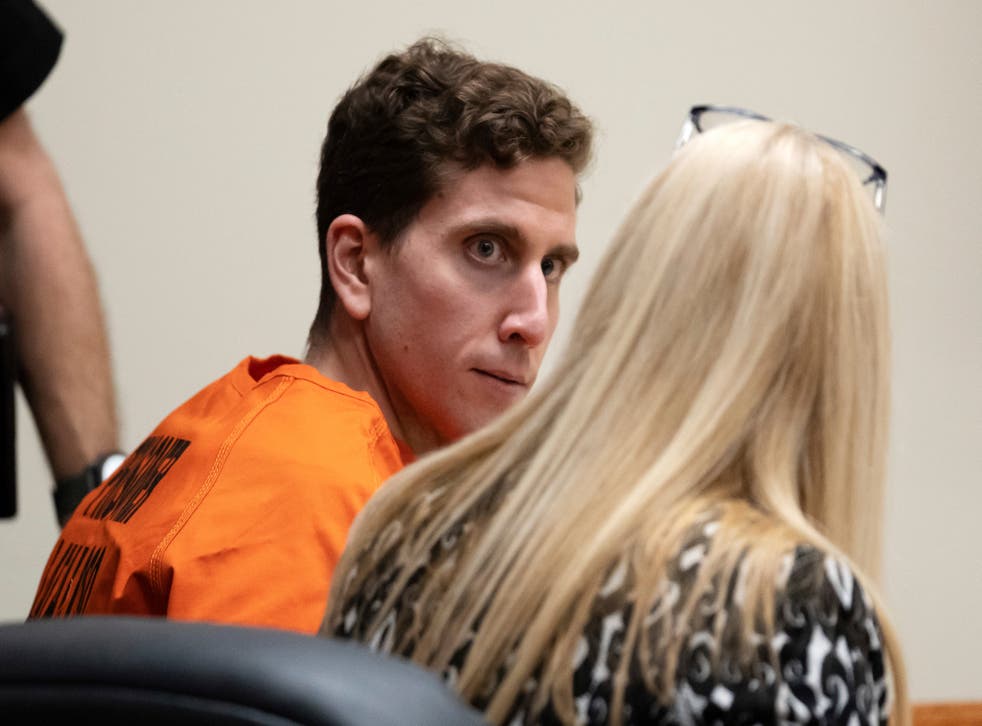 Goncalves’ dog was in her room

In an eerie revelation it has emerged that Goncalves’ pet dog, Murphy, was found unharmed in Goncalves’ bedroom, which is also on the third floor, the officer wrote.

Around the time that the roommate witnessed the suspect, a security camera near the home picked up the sound of a whimper followed by a loud thud. A dog was also heard barking numerous times starting at 4.17am, the documents state.

Much speculation had centred on the whereabouts of Murphy, a pet Goncalves shared with her ex-boyfriend, and the dog’s behaviour in the hours surrounding the crime.