A shooting at the Mall of America, a shopping center located in Bloomington, Minnesota, just before 8 p.m. Friday night left one person dead, police said.

One victim, who was described as a 19-year-old African American male, was directly hit and died at the scene while another’s clothing was grazed by a bullet during a shooting in the mall’s Nordstrom, Fox Minneapolis reported.

Security cameras showed the shooting escalated from an altercation between two groups of young males, the Bloomington Police Department said. 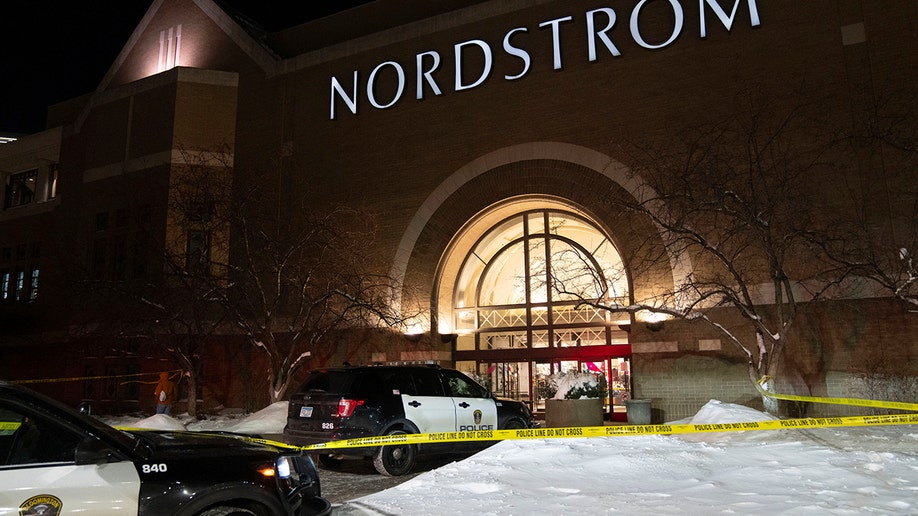 Officials lock down the west wing of the Mall of America after a shooting was reported Friday, Dec. 23, 2022 in Bloomington, Minn. A shooting sent the Mall of America into lockdown Friday evening, mall officials and police in suburban Minneapolis said.  (Alex Kormann/Star Tribune via AP))

“Whoever did this, we will catch them. And whoever helps them, we will lock you up, too,” Bloomington Police Chief Booker Hodges said during a press conference at the mall two hours after the shooting. “This is just stupid, stupid, stupid.”

“If someone is going to have complete disrespect for humanity, I don’t know if we can stop them,” Hodges added.

The police chief also asked the suspect or suspects responsible for the shooting to turn themselves in.

Mall Of America shooting scene has been secured. BPD is working with MOA Security and Hennepin County Crime Lab to process the area. Lockdown of the MOA was recently lifted. Please continue to stay out of the area until further notice. Follow twitter for additional information.

The individual whose clothing was grazed by a bullet, simply described as a female, was not injured, FOX 9’s Karen Scullin reported. 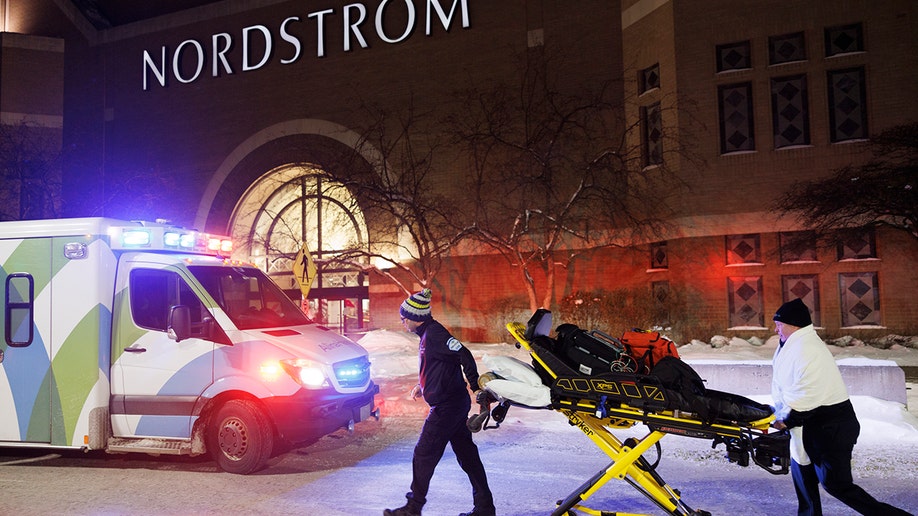 Two first responders and an ambulance are seen at the entrance to Nordstrom at the Mall of America in Bloomington, Minn., after reports of shots fired on Friday, Dec. 23, 2022.  (Kerem Yücel/Minnesota Public Radio via AP)

A heavy police presence responded to the initial reports of a shooting and the mall was subsequently put under lockdown. This protocol has since been lifted, officials said.

The Nordstrom store will remain closed on Saturday, but the mall will be opened to the public.

Just before 8 p.m. this evening, @BPD_MN responded to a shooting contained in a tenant space. As a result, Mall of America was put into lockdown. The lockdown has since been lifted. The Mall is now closed for the evening. For additional updates, please follow @BPD_MN.

“Mall of America is now lifting lockdown. Guests should now exit the property. Mall of America remains closed for the evening,” read a tweet from the mall’s official Twitter account.

Bloomington police and EMS personnel remained on the scene for several hours, and were mostly parked outside the Nordstrom, photos and videos at the scene showed.

Police continue to advise people to stay away from the area. 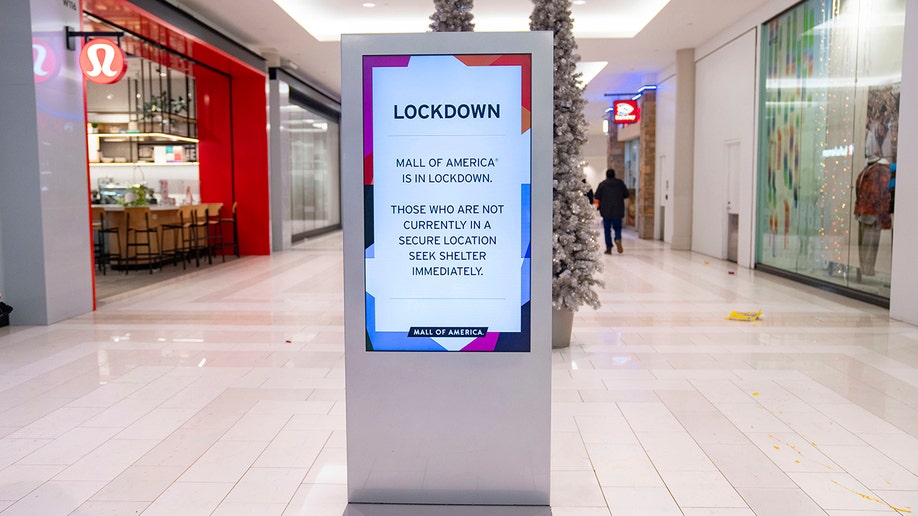 Signs around the Mall of America indicate that a lockdown is in progress after a shooting was reported Friday, Dec. 23, 2022 in Bloomington, Minn.  (Alex Kormann/Star Tribune via AP))

The shooting happened two days before Christmas amid a busy shopping season.

There were 16 police officers or security personnel in the mall at the time of the shooting, including an officer in a store adjacent to where the shooting happened, Scullin reported.

Fox News Digital has reached out to authorities. 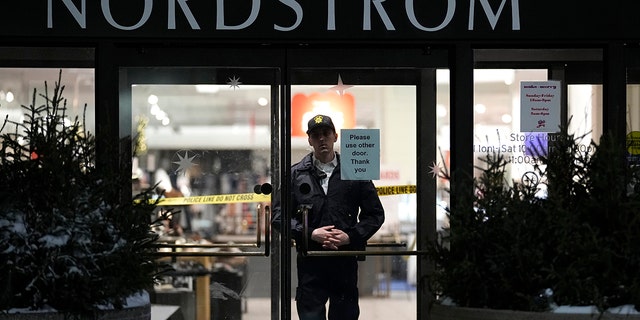 An officer stands inside Nordstrom at Mall of America after a shooting, Friday, Dec. 23, 2022, in Bloomington, Minn.  (AP Photo/Abbie Parr)

Suspects in both previous shootings were young adults, between 18 and 23 years old.

The story is developing. Please check back for updates.