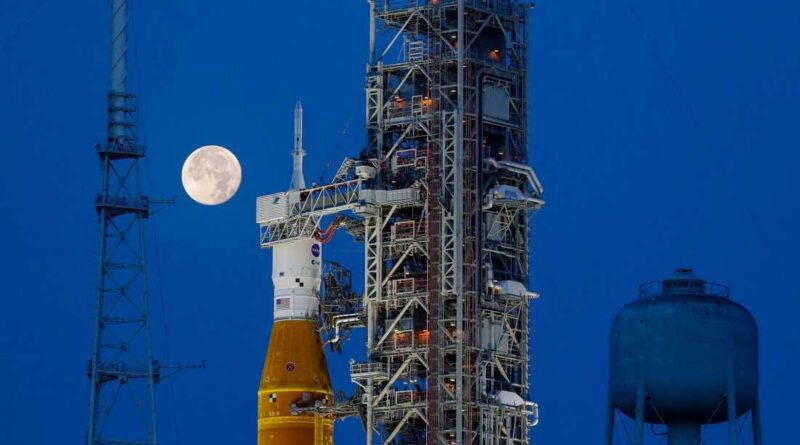 The most powerful rocket NASA has ever built is set to blast off from the Kennedy Space Center in Florida on Monday on its way toward a rendezvous with the moon, in what the space agency is billing as a giant leap in returning humans to the lunar surface for the first time in a half-century. 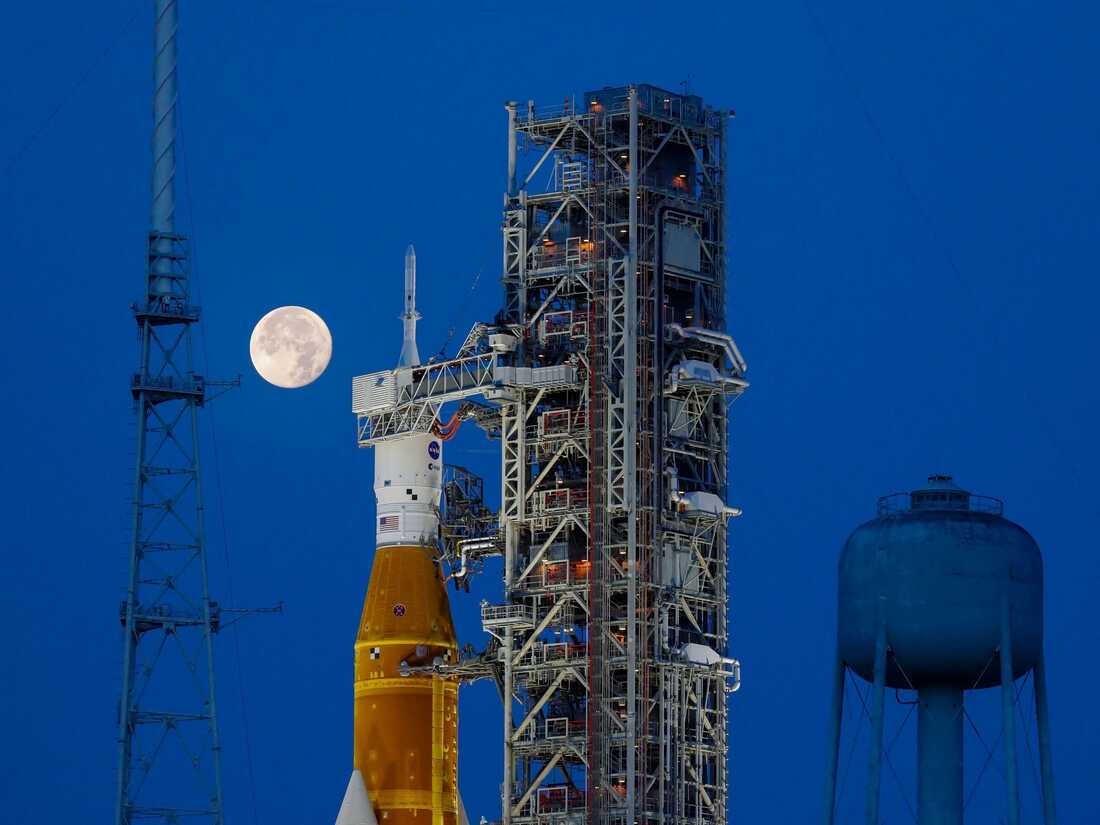 The 30-story-tall Space Launch System (SLS) rocket, topped by an uncrewed Orion spacecraft, was rolled out earlier this month to the same historic launch complex used by the mighty Saturn V during the Apollo moonshots that ended in 1972. Engineers are busy with preflight procedures for the SLS and, if all goes well, a final countdown and liftoff will happen sometime Monday morning.

This first mission of Artemis — named after the twin sister of Apollo — is a trial run of hardware needed to go back to the moon for longer stays and more science.

“It is an incredible step for all of humankind,” NASA astronaut Nicole Mann told NPR’s All Things Considered. “This time going to the moon to stay. And it’s really the building blocks for our exploration to Mars.”


The Artemis program, expected to have an ultimate price tag of $93 billion, promises to refocus NASA’s long-term human space-flight goals, paving the way for eventually establishing a crewed base near the moon’s south pole and crewed missions to Mars.

But one key piece of the program — the vehicle that will actually land — will not be part of the first Artemis mission. Elon Musk’s SpaceX has been contracted to build a lunar variant of its Starship to take astronauts to the surface, but that vehicle has yet to be tested in orbit. Another component of the original Artemis program, Gateway, a sort of deep-space way station for astronauts to and from a future moon base, is also still under development.

It’s a modern mission with a retro look

The SLS sports stretched versions of the solid-rocket boosters used by the space shuttle, which last flew more than a decade ago, as well as four RS-25 engines that were refurbished and are being reused after previously flying on shuttle missions. The rocket’s upper stage will be powered by a type of engine first developed in the late 1950s.


Boeing is the prime contractor for the SLS core stage and upper stage. Boeing’s chief engineer for the SLS program, Noelle Zietsman, says that in building the giant rocket, engineers drew from the “foundations and fundamentals” of the Saturn V and space shuttle years.

“We’ve got our missions that we’re focused on right now to the moon,” she says. “But [the SLS] is for deep space exploration. … So, the capability is much greater and larger beyond just the moon landing.”

The cone-shaped Orion spacecraft, which will take up to four astronauts into lunar orbit on future missions, resembles the Apollo-era “command module.” Finally, a European service module, attached to Orion, is comparable in function to Apollo’s service module and will provide propulsion, electricity, water, oxygen and climate control to future crews.

The six-week Artemis I test flight will send Orion into what is known as a distant retrograde orbit, an oblong circuit that will take it just 62 miles from the moon’s surface at one point and well beyond the moon at another.

A NASA illustration shows the Artemis I mission profile. NASA

Artemis I’s Orion will fly without life support systems, some crew support items or a docking system, which won’t be needed on the first flight, says Mike Hawes, Orion program manager for Lockheed Martin, which is building the capsule.

Instead, three mannequins equipped with radiation and vibration sensors will sit in. “Getting the radiation profile and having a long exposure in this unique lunar orbit is really important to us as we get ready to fly crew,” Hawes says.

NASA is planning to fly four astronauts aboard Artemis II in 2024, with Artemis III set for the program’s first landing a year later. The space agency says the program will eventually put the first woman and first person of color on the moon. But delays and cost overruns have plagued Artemis, and its predecessor, Constellation, for years. A NASA Inspector General report issued last year predicted that the space agency would “exceed its timetable” for the first Artemis moon landing “by several years.”

After liftoff, Artemis I will enter low-Earth orbit, where Orion’s service module will unfurl solar panels before boosting itself into a higher orbit in preparation for a four-day trip to lunar orbit.

Artemis could be key in getting to Mars

On a future landing, NASA hopes to be able to mine water ice that has been confirmed deep in polar craters that never see sunlight — a critical resource for drinking, breathable oxygen and to eventually produce rocket fuel. A lunar base could prove an invaluable stepping stone for crewed flights to Mars, where the moon’s low gravity would make such missions easier to launch.

NASA recently announced 13 sites near the moon’s south pole as candidates for the Artemis III surface mission a few years from now. Those locations have been chosen for ease of landing, exposure to sunlight so that a spacecraft can generate solar power, and their nearness to possible permanently shadowed ice deposits.


“The lunar south pole is an absolutely extraordinary geologic terrain,” says David Kring, a lunar geologist at the Center for Lunar Science & Exploration in Houston, Texas. “We are going to learn so much about the evolution of the moon.”

A polar mission, however, will be something new. It represents a departure from Apollo, which placed a dozen astronauts at sites all nearer the moon’s equator.

“The topography looks a bit more remarkable at the south, just because the sun angle is so low,” says Bethany Ehlmann, associate director of the Keck Institute for Space Studies at the California Institute of Technology.

Ehlmann leads a team responsible for Lunar Trailblazer, a robotic mission set for next year that will produce detailed maps of those permanently shadowed crater regions that could contain ice.


At the south pole, “the terrain is comparable” to the Apollo landing sites nearer the equator, she says. “And frankly, landing systems are better now than in the 1970s.”