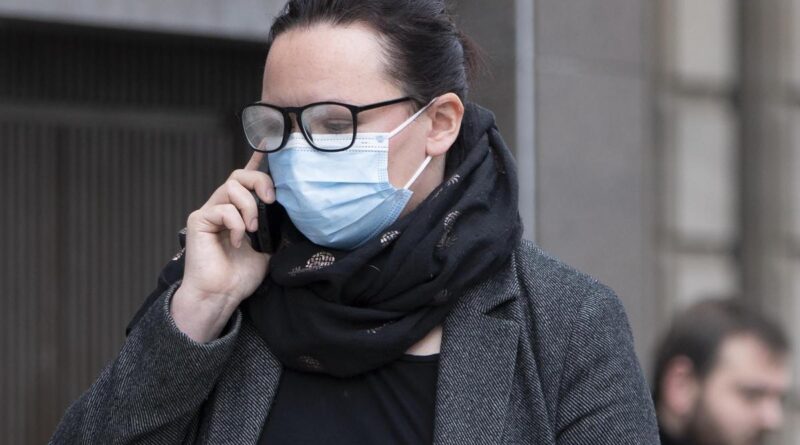 Ex-SNP MP Natalie McGarry is JAILED for two years after embezzling £25,000 from donations to Scottish independence groups and splashing the cash on rent and shopping

By TOM PYMAN FOR MAILONLINE

A former SNP MP has been jailed for two years after embezzling almost £25,000 from donations to two pro-independence groups, and splashing the cash on rent and shopping.

Natalie McGarry, 40, who represented Glasgow East between 2015 and 2017, was convicted of two charges of embezzlement – totalling £24,635 – in May following a trial at Glasgow Sheriff Court.

She was also found guilty by majority of a second charge of embezzling £4,661 between April 9 2014 and August 10 2015 when she was treasurer, secretary and convener of the Glasgow Regional Association of the SNP.

Sentencing McGarry, Sheriff Tom Hughes said she had betrayed people who put their trust in her and that a custodial sentence was inevitable. 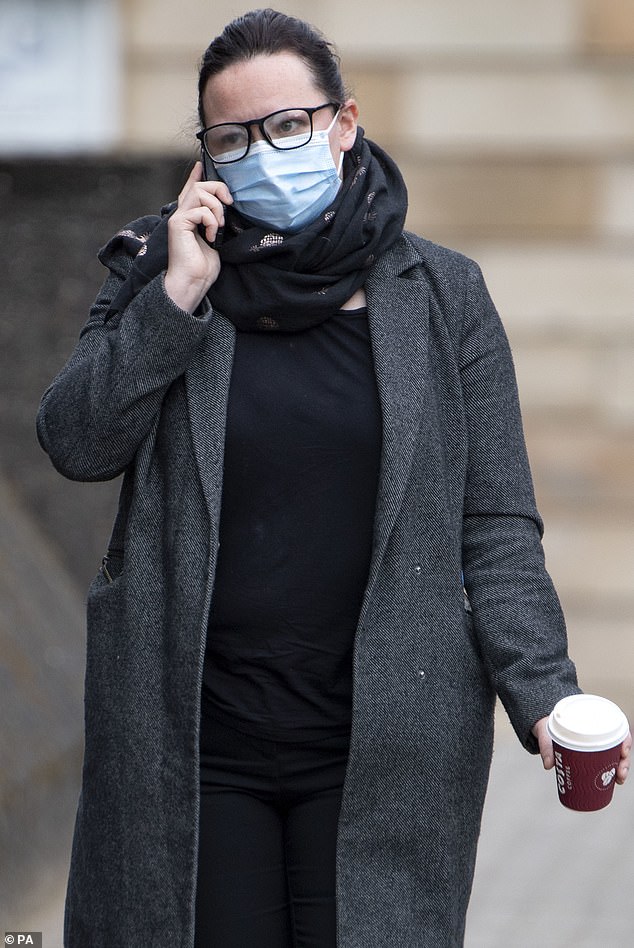 Natalie McGarry, 40, who represented Glasgow East between 2015 and 2017, was convicted of two charges of embezzlement – totalling £24,635 – in May following a trial at Glasgow Sheriff Court 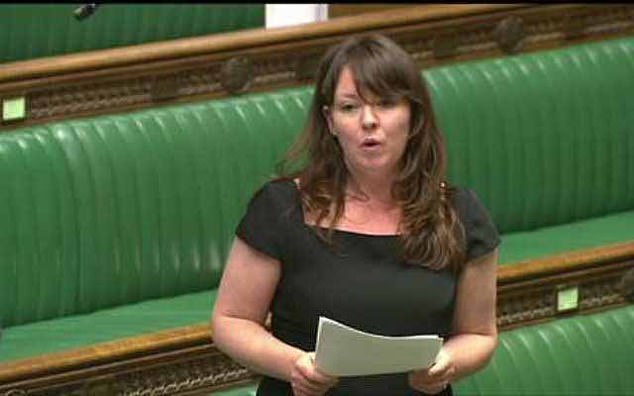 Sentencing McGarry (pictured in the Commons), Sheriff Tom Hughes said she had betrayed people who put their trust in her and that a custodial sentence was inevitable

He told her: ‘It’s quite clear that society has a right to expect the highest standards from those who seek and eventually achieve high public office.’

He added: ‘Through your role in these offences, you have not only betrayed the trust placed in you by others, but your standards have fallen well short of those the public should have a right to expect from MPs.’

The sheriff described the offences as ‘very serious charges which took place over a long period of time’.

Over the course of the six-week trial, the court heard from dozens of witnesses, including Scotland’s former health secretary Jeane Freeman, who said she reported McGarry after noticing a significant shortfall in WFI accounts.

Ms Freeman said she had no idea donations made to the group’s independence Crowdfunder were going from the organisation’s PayPal account into McGarry’s personal bank account.

She also voiced her frustrations at McGarry’s delay in handing over receipts and invoices which would show what the funds had been spent on.

The court also heard from witnesses that McGarry had personal financial difficulties and regularly received loans from family and friends.

That included from Humza Yousaf, the current Scottish Health Secretary, who gave McGarry £600 to prevent her from being evicted from her house.

The court also saw McGarry’s bank records, which showed Crowdfunder donations from WFI being transferred to her own personal account.

McGarry had said these were ‘legitimate’ expenses which she had incurred and which she was reimbursing herself for.

At the sentencing today, defence agent Allan Macleod urged the sheriff to deal with his client as leniently as possible.

He said: ‘It’s difficult to overstate the significant impact that these offences have had on Ms McGarry’s life.

‘In 2015 she was an MP, something that was a lifetime achievement. That has been transformed into a life she could barely have imagined seven years ago.

‘The last seven years have been almost intolerable for her. As a consequence of these offences she has been ostracised by her former colleagues, people she was friends with, she lost her seat in parliament.’ 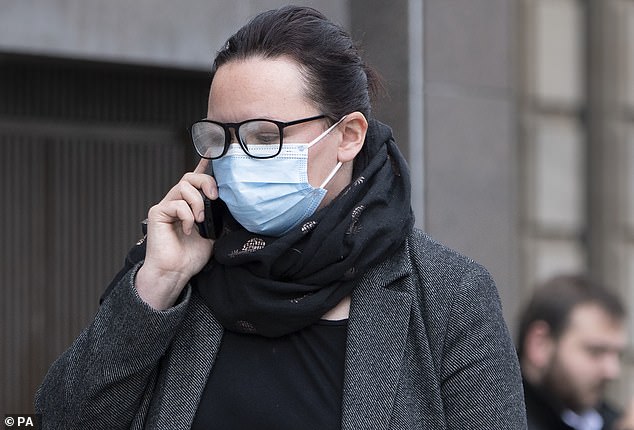 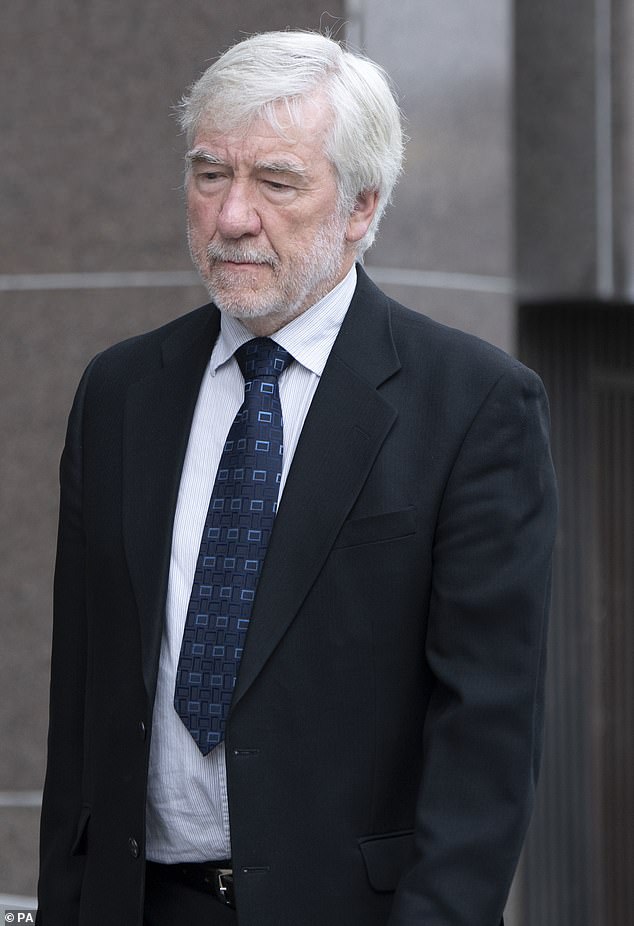 McGarry was elected as an SNP member in 2015 but resigned the party whip after the emergence of fraud allegations – which she denied.

She continued in Parliament as an independent MP representing Glasgow East but did not seek re-election in 2017.

McGarry previously appeared in court on embezzlement charges in 2018.

She was sentenced to 18 months behind bars in June 2019 at Glasgow Sheriff Court after admitting two charges of embezzling more than £25,000.

Days later she attempted to withdraw her two guilty pleas, however, the sheriff ruled that was not possible.

She began a jail sentence of 18 months before being released days afterwards on bail, pending an appeal.

The conviction was quashed in December 2019, and McGarry was later notified of a fresh prosecution, which has now concluded.