NFL player Damar Hamlin has “shown remarkable improvement” in the past 24 hours and appears to be “neurologically intact” as the Buffalo Bills star continues to make a recovery from an on-field cardiac arrest.

Doctors at the University of Cincinnati Medical Center said the 24-year-old  remains “critically ill” in hospital but woke up on Wednesday evening and was able to ask who won the Bills’ game against the Cincinnati Bengals by communicating in writing.

In a press conference on Thursday, Dr Tim Pritts said: “Last night he was able to emerge, follow commands and even ask who won the game. When we answered Damar when he asked who won the game we said, ‘Yes, you won. You won the game of life.’”

Earlier, Hamlin’s agent, Ronald Butler, told The Associated Press that Hamlin was awake and has been able to grip the hands of family members at his hospital bedside.

A Buffalo Bills statement said: “Per the physicians caring for Damar Hamlin at the University of Cincinnati Medical Center, Damar has shown remarkable improvement over the past 24 hours. While still critically ill, he has demonstrated that he appears to be neurologically intact. His lungs continue to heal and he is making steady progress. We are grateful for the love and support we have received.” 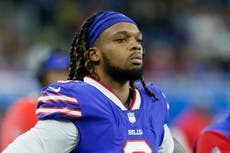 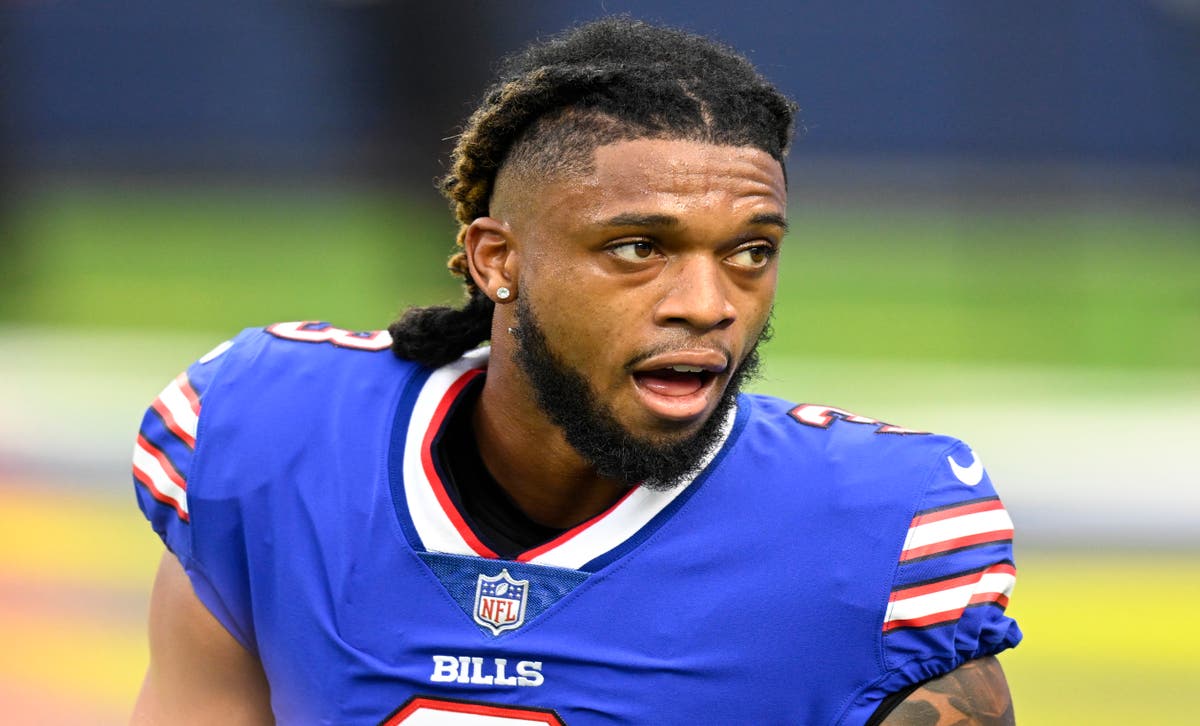 NFL will not resume Buffalo Bills vs Cincinnati Bengals game

The Bills-Bengals game had major playoff implications for the AFC. Buffalo (12-3) entered Monday night needing a win to maintain the AFC’s No. 1 seed.

The Kansas City Chiefs (13-3) now hold that spot. The Bengals (11-4) had a chance to earn that top seed with two more wins and a loss by the Chiefs.

The scenarios approved by the competition committee include a potential neutral site for the AFC championship game. The league is considering several sites, including indoor and outdoor stadiums.

The resolution being presented to clubs for a vote on Friday follows:

The AFC Championship Game will be played at a neutral site if the participating teams played an unequal number of games and both could have been the No. 1 seed and hosted the game had all AFC clubs played a full 17-game regular season.

Those circumstances involve Buffalo or Cincinnati qualifying for the game as a road team. If Buffalo and Kansas City both win or tie this weekend, a Bills-Chiefs AFC title game would be at a neutral site.

If Buffalo and Kansas City both lose and Baltimore wins or ties, a Bills-Chiefs AFC title game would be at a neutral site.

If Buffalo and Kansas City both lose and Cincinnati wins, Bills or Bengals against Kansas City in the AFC title game would be at a neutral site.

Also, if Baltimore defeats Cincinnati in Week 18, the Ravens would have two wins over the Bengals, a divisional opponent, but will not be able to host a playoff game because Cincinnati will have a higher winning percentage for a 16-game schedule than Baltimore will for a 17-game schedule.

Therefore, if Baltimore defeats Cincinnati and if those two clubs are schedule to play a wild-card game against each another, the site for that game would be determined by a coin toss.

However, if the Bengals win this weekend or if Baltimore and Cincinnati are not scheduled to play each other in the wild-card round, the game sites would be determined by the regular scheduling procedures.