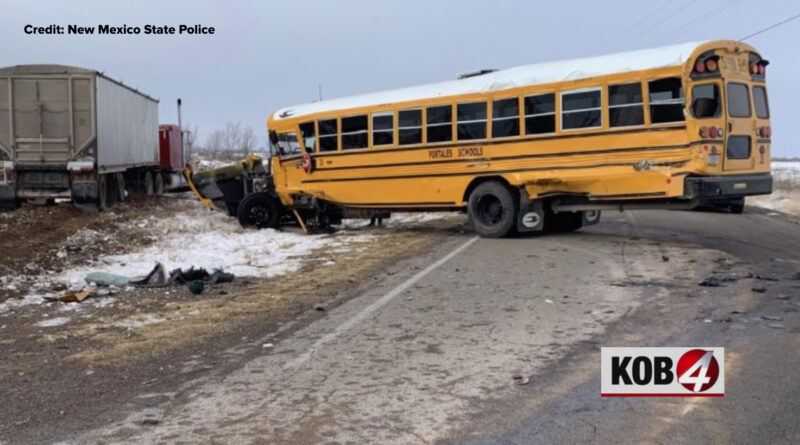 PORTALES, N.M. (KRQE) – At least seven people have injuries after a school bus crashed with a large truck Wednesday morning. New Mexico State Police are investigating the crash, which happened at the intersection of State Road 236 and Roosevelt Road less than seven miles west of Portales. 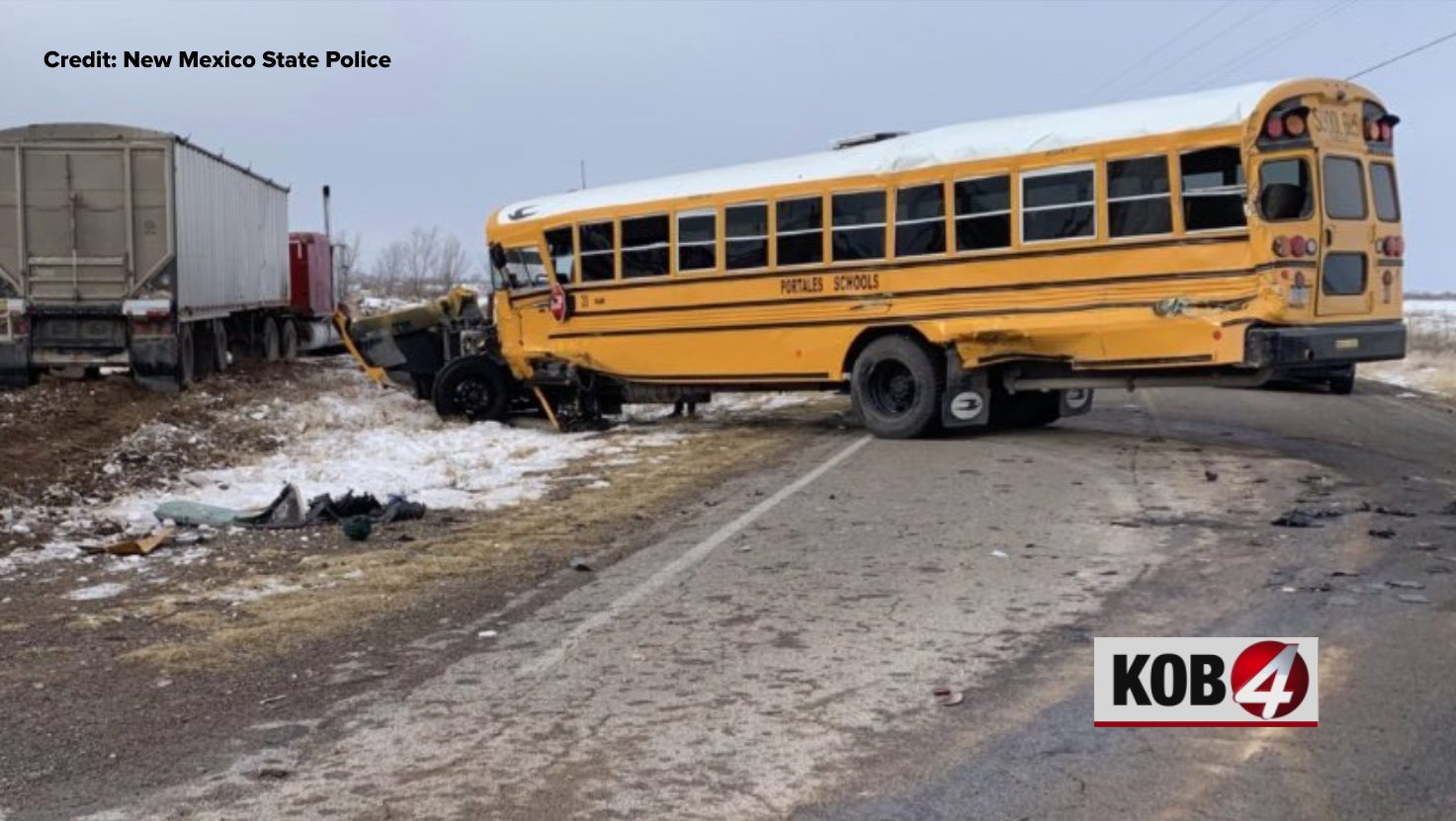 In a tweet, State Police said around 22 people are thought to be involved in the crash. One person was taken to the hospital with a serious injury, while another six people were transported with non-life threatening injures.

It’s unclear exactly what time the crash happened, which school the bus was serving, or the age of the kids on board the bus. New Mexico State Police say the scene remains active, but no further details have been released.

This is a developing news story. This post will be updated.