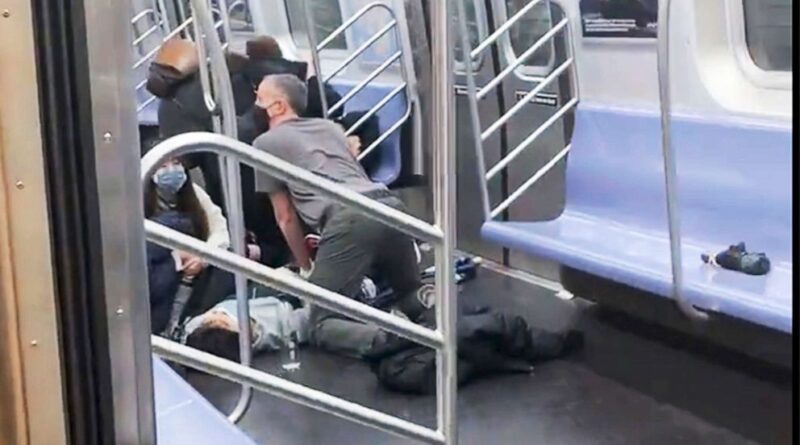 NEWS
13/04/202213/04/2022 Melana 0 Comments Brooklyn subway shooting
Frank James, the man wanted for allegedly opening fire on a rush-hour subway train in Brooklyn, shooting 10 people, is in custody, sources told ABC News, ending an over 24-hour-long manhunt.Law enforcement sources told ABC News that police had probable cause to arrest James, 62, for the attempted murder of 10 people — a determination made overnight after more than 18 hours of investigation that included video, cellphone data and interviews with witnesses. The U.S. Marshals Service were part of the search for James — who was considered a dangerous and wanted fugitive — along with other federal and local agencies.
The “active shooter” incident unfolded on a Manhattan-bound N subway car during the Tuesday morning commute, just before 8:30 a.m. ET, as the train approached the 36th Street subway station in Brooklyn’s Sunset Park neighborhood, according to police.

A man mumbling to himself on the train donned a gas mask and detonated a smoke canister before pulling out a handgun and firing at least 33 bullets, a police official told ABC News. Three teenagers were among the 10 people shot.

The gun jammed during the incident, which is believed to have saved lives, a law enforcement official told ABC News.

Smoke poured out of the subway car as the doors opened and screaming riders ran out onto the platform of the station. Bloodied people were seen lying on the floor of the train and the platform as others attempted to administer aid.

Twenty-nine people suffered various injuries, hospital officials said. As of Wednesday morning, just four of the wounded remained hospitalized, according to the mayor.

“At this time, based on the preliminary investigation, we believe he was alone,” New York City Mayor Eric Adams told ABC News in an interview Wednesday on “Good Morning America.”

“We still do not know the suspect’s motivation,” New York City Police Commissioner Keechant Sewell said at a press conference Tuesday evening. “Clearly this individual boarded the train and was intent on violence.”

The Glock 9 mm semi-automatic handgun James allegedly used was purchased legally in 2011 in Ohio, law enforcement sources told ABC News. The gun, and the purchase of a gas mask on eBay, are among the pieces of evidence that elevated James from person of interest to suspect, the sources said.

Authorities have at least one of James’ credit cards and are able to track his purchase history.

Phantom Fireworks, a company in Wisconsin, confirmed that James bought fireworks products there last year that were believed to have been left behind in the subway station.

Senior law enforcement officials told ABC News that they have uncovered a number of social media posts and videos tied to James and are studying them closely to see if they are relevant to the subway attack.

Sewell said she increased security for the mayor after investigators found what she called “concerning posts,” but declined to call them “threats.”

“There are some postings possibly connected to our person of interest where he mentions homelessness, he mentions New York and he does mention Mayor Adams,” Sewell told reporters Tuesday. “And as a result of that, in an abundance of caution, we’re going to tighten the mayor’s security detail.”

Police said James had rented a U-Haul van possibly connected to the violence. The key to the van and a credit card, which law enforcement sources told ABC News was used to rent a U-Haul, were among the gunman’s possessions recovered from the scene of the shooting. James had rented the same van in Philadelphia, according to police.

Police said the U-Haul van was found Tuesday afternoon, unoccupied and parked near a subway station on King’s Highway in Brooklyn’s Gravesend neighborhood, about 5 miles southeast of the 36th Street station. Nothing of investigative interest was discovered in the vehicle, apart from a pillow and other indications that James had been living inside, a law enforcement source told ABC News.

Other items discovered at the scene of the shooting include the gun used in the attack, three extended magazines, a hatchet, gasoline, four smoke grenades and a bag of consumer-grade fireworks.

None of the surveillance cameras inside the 36th Street subway station were working at the time of Tuesday’s shooting, a police official told ABC News. The cameras, which are aimed at the turnstiles, didn’t transmit in real-time due to a glitch computer malfunction, a source said. The same glitch impacted cameras at the stops before and after 36th Street. Investigators said they are looking into how this malfunction happened.

However, the cameras at the Kings Highway subway station in Gravesend were transmitting live feeds in real-time. That’s where investigators believe James entered the subway Tuesday morning, just blocks from where the U-Haul van was parked and eight subway stops away from the 36th Street station.

Police were able to get an image of the suspect from a bystander’s cellphone video, a law enforcement official told ABC News. Investigators are looking through video from other witnesses and surrounding businesses, hunting for any clues.

“The fact that these cameras are not working is a large concern,” Brooklyn borough president Antonio Reynoso told ABC News Live on Wednesday. “There’s a lot of work to do in the city now to check every camera, make sure they’re all working, and also a deeper dive into what happened and what we can do in the future to ensure this doesn’t happen.”

The bloodshed came amid a surge in crime within New York City’s transit system. The mayor said he has already doubled the number of police officers patrolling the city’s subway stations and is also considering installing special metal detectors in the wake of Tuesday’s shooting.

But Reynoso said, “More cops is not necessarily going to solve for this problem.”

“I think there are root causes to this violence that exists, mostly mental health at this point, is what we’re seeing in New York City. And that’s where we should be spending resources and energy,” Reynoso said. “More cops to respond to a crime won’t necessarily stop the crime. In this case, this individual was inside a train car — unless you believe that you can put a police officer in every single train car in New York City, which is physically impossible … that’s not the way we’re going to solve that issue.”

Anyone with information, videos or photos related to the shooting is urged to call NYPD Crime Stoppers at 1-800-577-TIPS.