A heavy police presence was observed at Lock Stock & Barrel Shooting, located off Bohannon Road in Grantville. Grantville police said someone shot and killed the owner of the gun range, along with his wife and grandson.

COWETA COUNTY, Ga. – Three people are dead in a robbery at a Coweta County gun range.

Grantville police confirmed someone shot and killed the gun range’s owner, as well as his wife and their grandson, during a robbery that happened between 5:30 p.m. and 6 p.m. Friday night.

“Let’s keep Richard Hawk and Family in our prayers,” Grantville police said in a statement.

The Bureau of Alcohol, Tobacco, Firearms and Explosives, Grantville city officials and the National Shooting Sports Foundation announced Saturday a $15,000 reward for information leading to the arrest and conviction of the shooter.

NEW DETAILS: Grantville police say the owner of the shooting range, his wife, and grandson were all killed in a robbery here. The suspect(s) got away with 40 weapons and the camera footage from the scene. Full report on @GoodDayAtlanta pic.twitter.com/yWTCwW96my

The range is roughly 24 miles north of LaGrange and roughly 50 miles south of Atlanta. 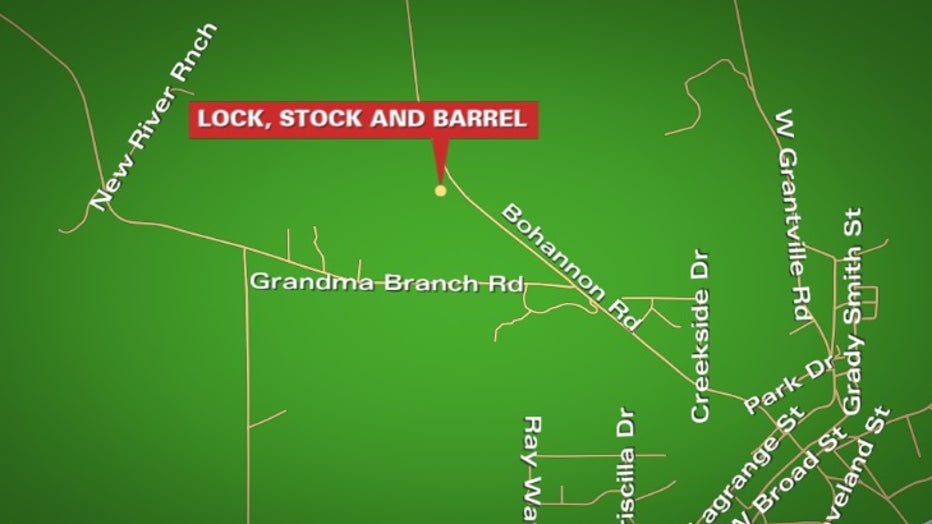 Officers arrived at the scene at about 8 p.m. Investigators said an unknown number of suspects murdered the store’s owner and two relatives before fleeing the store with guns.

Grantville police said someone stole as many as 40 weapons and a camera DVR.

The shooting happened after hours when the range was closed.

The Georgia Bureau of Investigation has been called in to investigate. ATF agents are also assisting with the investigation.