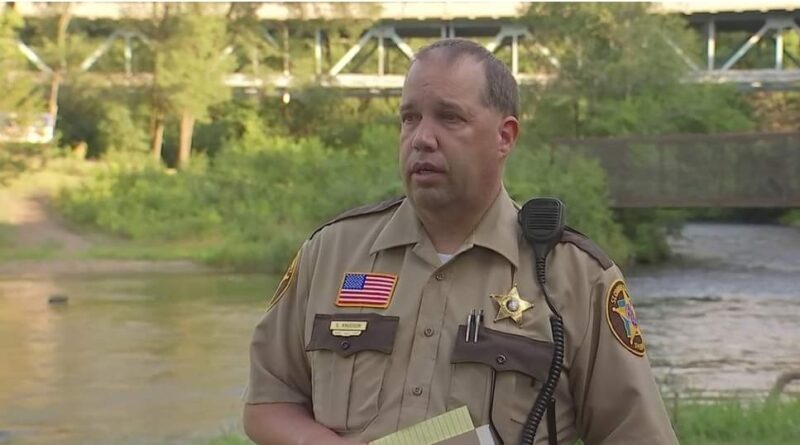 SOMERSET, Wis. (FOX 9) – Police say a 52-year-old man from Minnesota went on a stabbing spree while tubing on the Apple River in Wisconsin on Saturday afternoon, killing a 17-year-old boy, who was also from Minnesota, and critically injuring four other people.

The suspect was not previously known to local law enforcement and is currently in custody at the St. Croix County Jail, pending charges, Knudson said. The four injured victims, one woman and three men, are all believed to be in their early 20s and had stab wounds in their torsos and other injuries.

Investigators believe that both the suspect and the victims were tubing on the river when the incident occurred.

Knudson said that people started calling 911 to report the stabbings at about 3:45 p.m. Emergency responders arrived to find that five people were wounded and that the suspect had fled the scene, which was by milepost nine on Highway 3564, near Sunrise Bridge and the area that used to be Sunrise Park.

With the help of a group of tubers who were on the river, deputies began administering first aid and evacuating the victims. Knudson said that two were airlifted to Regions Hospital, with the others traveling by ambulance. Paramedics took the 17-year-old to Lakeview Hospital, where he was pronounced dead.

Witnesses helped lead deputies to the suspect, who had fled about three-quarters of a mile upstream, and they arrested him roughly an hour and a half after the incident began, Knudson said.

“Chaotic. Scary. I’m sure that anybody that witnessed this will never forget it. So it is a tragedy.”

Knudson said investigators were still searching for the knife the suspect allegedly used. A news helicopter filmed a group of four deputies, who were accompanied by a police dog, wading into the water late Saturday afternoon. As a police drone flew overhead, another group of officers searched further downstream, picking through tall grass and by discarded tires that had been dumped by the river bank.