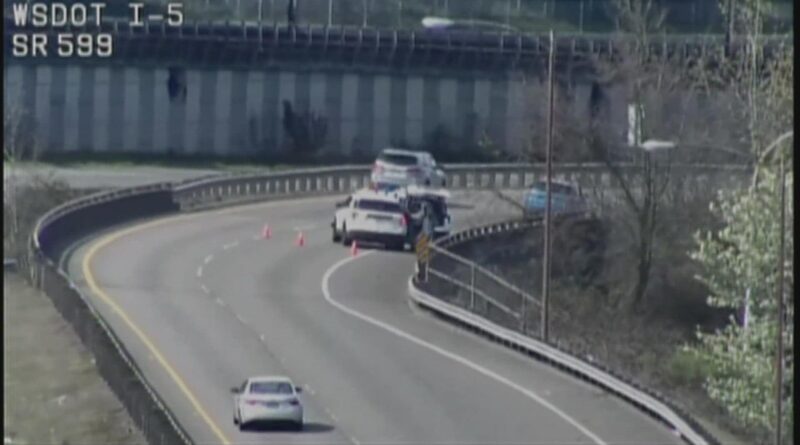 NEWS
03/04/2022 Melana 0 Comments
Two cars exchanged gunfire on I-5 Saturday afternoon, leading to an accident that left one driver in the hospital.

A shootout between two cars on Interstate-5 Saturday afternoon left one driver in the hospital and three in police custody, Washington State Patrol reported.

Two cars were driving at a “high rate of speed” northbound on I-5 and began shooting at each other according to WSPD District 2 PIO Rick Johnson. Near SR 518, the two vehicles were involve in a collision with a third vehicle.

One of the drivers was transported to Harborview Medical Center, and was placed into custody. The two people in the other vehicle involved in the shooting fled the scene on foot according to WSP trooper Richard Allen, and were eventually apprehended. The third vehicle was a bystander according to police, and there are no outstanding suspects.

Johnson also reported that a backpack that had been discarded from one of the vehicles was recovered and contained weapons. It wasn’t known at the time whether the suspects all knew each other prior to the incident.

Trooper Allen pleaded with the public to be smart on the highways, as there were allusions by authorities that this incident involved road rage.

“These types of situations are happening more and more, and they’re really needless situations,” Allen said in a media briefing outside Harborview on Saturday. “Everybody can appreciate it’s frustrating if you get cut off, but the best thing to do is just try to take a breath and let it go so that way these type of situations don’t keep happening.”

All lanes of I-5 were blocked while the scene was cleared.