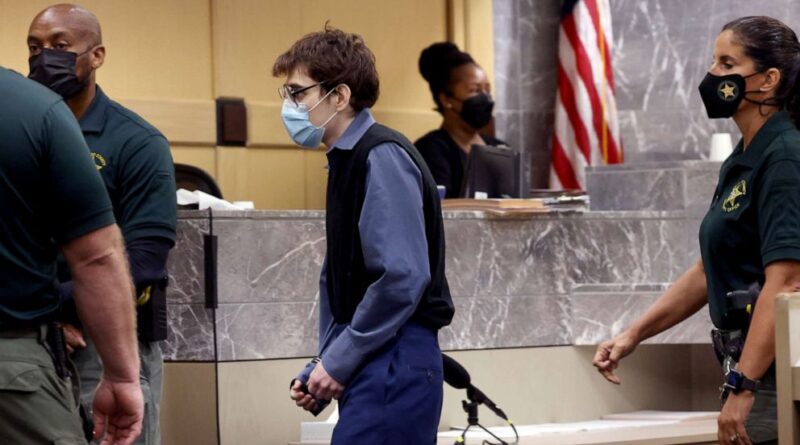 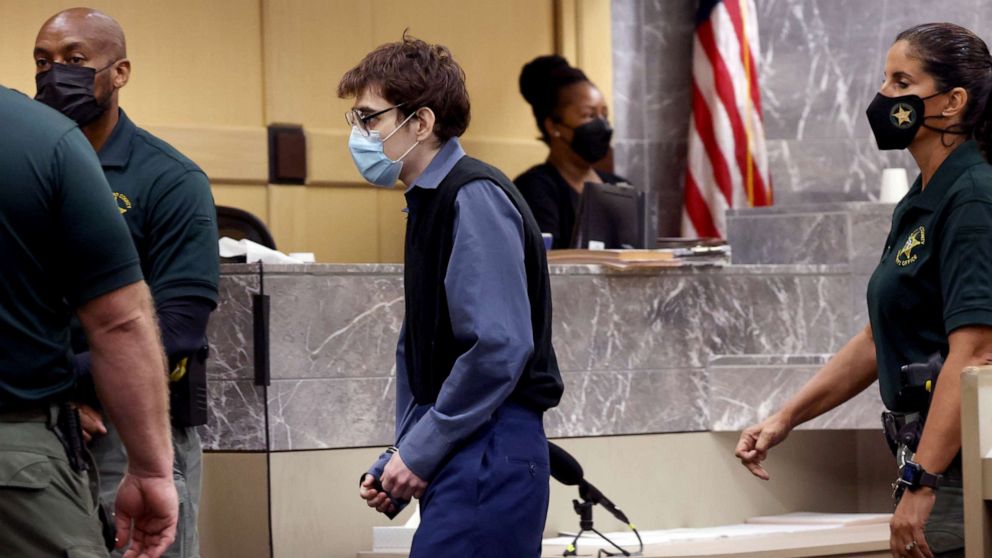 Jurors on Monday will finally begin hearing evidence against Nikolas Cruz, more than four years after the scrawny former student murdered 17 students and staffers and wounded 17 others in a rampage at Marjory Stoneman Douglas High in Parkland.

The 12-person jury won’t have to decide whether Cruz, now 23, is guilty in what was Florida’s deadliest school shooting on Feb. 14, 2018. He pleaded guilty to all of the counts of first-degree murder and attempted murder last fall, setting the stage for this month’s “penalty phase” trial.

Jurors will only decide whether Cruz should be executed for his crimes — or be sent to prison for life.

Here are five key things to know about Cruz’s trial.

WHY DID IT TAKE SO LONG TO GET A JURY?

After Cruz was arrested the day of the shooting, the case was assigned to Broward Circuit Judge Elizabeth Scherer, who hadn’t presided over a death-penalty case, let alone one of such magnitude and complexity. She has long pushed lawyers for a trial date, but the case became drawn out over routine scheduling issues, the sheer number of witnesses and items of evidence, the securing of expert witnesses, not to mention delays caused by the global coronavirus pandemic. 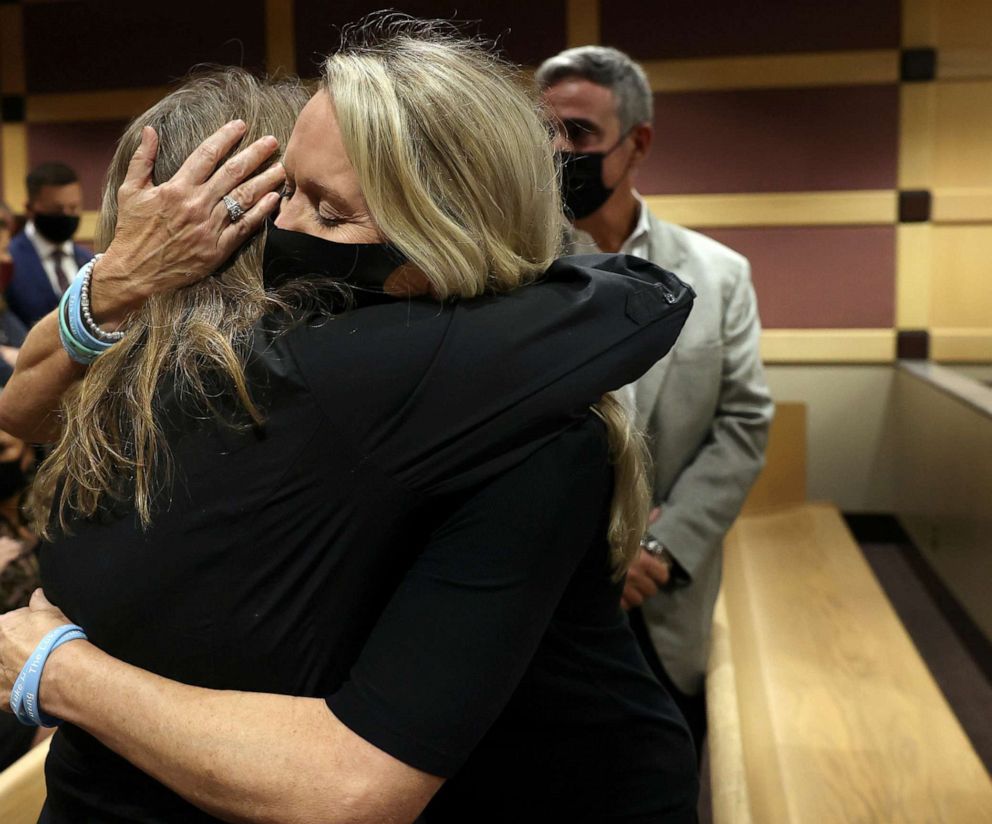 Over 1,000 jury candidates were screened. Many simply could not leave their jobs, or their families, for the months of trial. Some said said they knew too much about the case and could not be impartial. Others did not believe in the death penalty.

Early in the process, Judge Scherer drew protests from the defense and prosecutors after dismissing 11 jurors without allowing them to be questioned. That led prosecutors to ask that 243 jurors who made it through the first round of jury selection be stricken, tossing out two weeks of work. Scherer later reversed course, and most of those jurors were later brought back for questioning. Get unlimited digital access

There were other issues as well.

Deputies had to surround Cruz one day in April after one jury candidate mouthed curse words at the defendant, causing a commotion in court. Toward the end of May, lawyers noticed one candidate, a 58-year-old high school teacher, was wearing a T-shirt honoring the victims of the massacre — leading to the dismissal of an entire group of potential jurors.

There were also several delays because of COVID-19 or undisclosed illnesses. At one point, the defense team asked to withdraw from the case after the judge refused to delay jury selection because of an attorney’s sickness. The motion was denied.

WHO ARE THE JURORS?

There are also 10 alternate jurors. They may be called upon to deliberate if a juror has to be dismissed for some reason. Nobody on the jury has been told if they are an alternate or part of the group that will deliberate.

To sentence Cruz to death under Florida law, jurors will have to be unanimous in their decision. If a jury vote is tied or jurors are deadlocked — with even one holdout — Cruz will automatically get sentenced to life in prison.

WHAT WILL JURORS HEAR AND SEE?

Eyewitnesses and survivors will describe the terror: the ear-splitting gunshots, the screams of students, the lives cut down inside the freshman building.

Surveillance video may show the teenage gunman, armed with a powerful AR-15 rifle, methodically mowing down his victims. Detectives will talk about how police captured — and got a confession — from the former student known for his emotional outbursts, fixation on violence and troubling behavior.

Prosecutors are hoping to prove “aggravating factors” that make this case worthy of the death penalty. They include the “heinous, atrocious and cruel” nature of the massacre and the calculating way Cruz planned and executed the assault on the school.

To prove their case, prosecutors will have plenty of evidence: Cruz recorded videos, before the attack, giddily describing his plans and the carnage to come. And evidence will be shown that Cruz shot his victims, then shot them again as they lay bleeding on the ground.

Jurors may even be taken to the Parkland high school itself, to trace Cruz’s murderous path through the freshman building.

Defense attorneys have asked to keep jurors from seeing many of the most graphic crime-scene photos. Judge Scherer has said she will address those concerns on a case-by-case basis during the trial.

To send Cruz to Death Row, jurors will have to find the aggravating factors outweigh the “mitigating” factors.

Among those factors defense attorneys have listed: mental-health disorders, brain damage caused by his mother’s drug and alcohol use, and claims that he was bullied and sexually abused by a “trusted peer.”

HOW LONG WILL THE TRIAL LAST?

The trial could last between four and six months.

A team of prosecutors, led by former State Attorney Mike Satz, will present their case first. Their initial case would last about three weeks, according to court documents.

The Broward Public Defender’s Office, led by lead attorney Melisa McNeill, will go afterward. According to court documents, the defense case could begin around Aug. 22.

(The defense on Thursday asked the judge to delay the proceedings for 45 days after the state finishes its initial case, because of an unforeseen illness to a key expert witness on alcohol fetal syndrome. A new expert has been retained and needs to get up to speed. The judge’s decision is pending.)

The state can then present a rebuttal case before closing arguments and jury deliberations.

Suzanne Devine Clark, an art teacher at Deerfield Beach Elementary School, adds to a memorial outside Marjory Stoneman Douglas High School during the one-year anniversary of the school shooting in Parkland, Fla. The gunman goes on trial on Monday.

Gavel-to-gavel coverage — including opening statements, testimony and closing arguments — will be broadcast live on Court TV’s website and local television stations, such as WPLG-10.

The public won’t see the most graphic photos and videos. Judge Scherer is limiting what visuals will appear on screens in the courtroom. Reporters will be able to view, but not record, the photos and videos that are shielded from the public.

As all trials in Florida, the courtroom is also open to the public and family and friends of victims are expected to attend. The Broward Judicial Complex is located at 201 SE Sixth St., Ft. Lauderdale. The trial will be held on the 17th floor, and there’s a secondary security screening to enter.