Beckham, 23, and Peltz, 27, married at the bride’s family’s estate in Palm Beach, Florida. Photos reveal that the ceremony featured the bride and groom sharing their first kiss at sunset.

Brooklyn’s parents, Victoria Beckham and David Beckham, were not the only celebrities in attendance. Eva Longoria, Gordon Ramsay, Serena Williams and Alexis Ohanian were among the guests photographed at the wedding.

Prior to becoming Mr. and Mrs., the couple revealed they were planning a Jewish wedding and they wanted to be traditional. The aspiring chef wanted to wear a yarmulke, and the lovers didn’t want to see each other on their wedding day ahead of their walk down the aisle.

The official ceremony comes after speculation that the two secretly said “I do.” The groom posted an Instagram caption referring to the Transformers: Age of Extinction star as his “wife” shortly after the New Year.

“Here we come 2022 x me and my wife are coming for you xx,” he captioned a Saturday, January 3, photo kissing Peltz on New Year’s Eve via Instagram.

However, neither of them addressed the comments questioning the word or congratulating them on the marriage.

Victoria, 47, added fuel to the fire when she shared a photo via her Instagram story captioned, “Family dinner last night X.” She tagged Peltz.

Peltz and Brooklyn had been the subject of marriage rumors several times since they announced their engagement in July 2020. “Two weeks ago, I asked my soulmate to marry me and she said yes xx I am the luckiest man in the world,” the photographer wrote via Instagram at the time. “I promise to be the best husband and the best daddy one day ❤️ I love you baby xx.”

A month after the engagement news, Peltz posted a photo of Brooklyn on her Instagram Story wearing a gold band without a caption. He wore the band again in February 2021 while out and about in Los Angeles, stirring up more speculation.

The following month, Brooklyn revealed on his 22nd birthday that he had a band engraved with with “Nicola” on the outside and “LOVE OF MY LIFE” on the inside. The two previously had each other’s wisdom teeth encased in gold and made into necklaces.

The lovebirds have long wanted more than just the symbolic bling, though. The England native, who started dating Peltz in October 2019, said they had to wait to walk down the aisle amid the coronavirus pandemic.

“We’ve been engaged for a year and if Covid wasn’t a thing we’d have liked to have been married already, and it has been a bit difficult,” Brooklyn told Hello! magazine in November 2021.

He continued, “You know, I’ve only just started to travel again, I’m traveling a little bit now but hopefully, it’ll be next year.”

Brooklyn is only a bit younger than his own parents were when they tied the knot. The soccer star, now 46, was just 24 when he married the Spice Girls member, who was 25 at the time. The pair wed on July 4, 1999, and have been going strong ever since. In addition to Brooklyn, they share sons Romeo, 19, and Cruz, 17, as well as daughter Harper, 10. 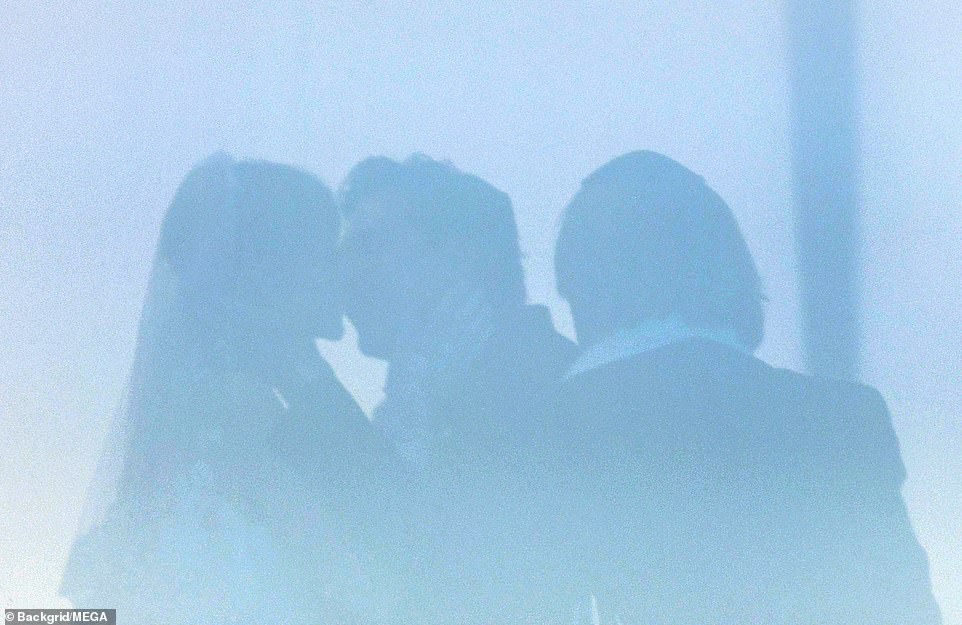 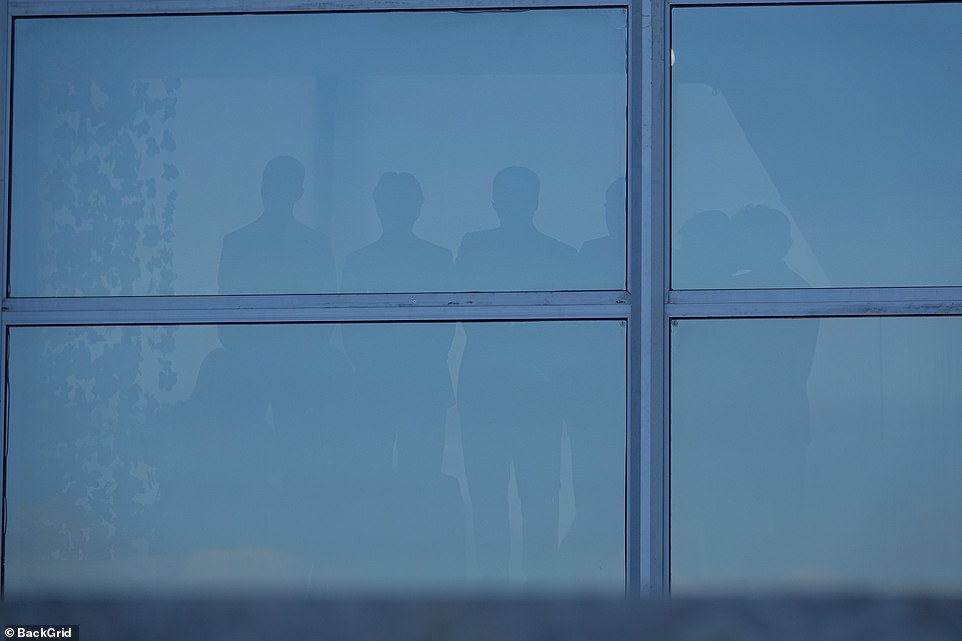 Ceremony: It appeared there were six groomsmen who joined him on his right and six maids of honour who placed themselves to his left (the wedding ceremony is pictured) 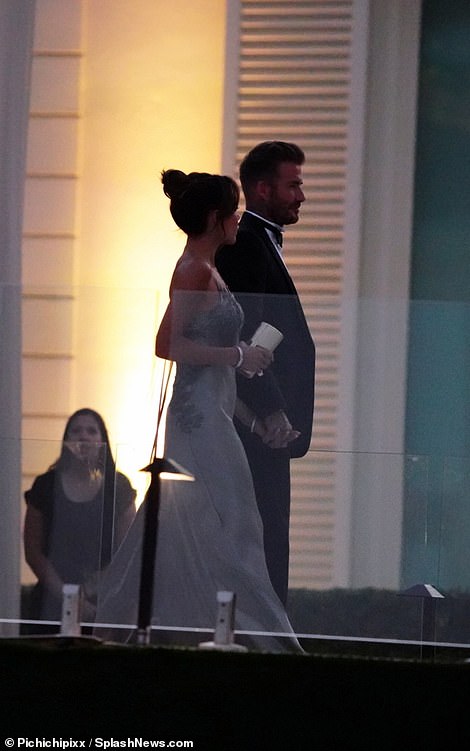 Proud: Victoria and David Beckham put on a smitten display as they arrived at their eldest son’s wedding holding hands 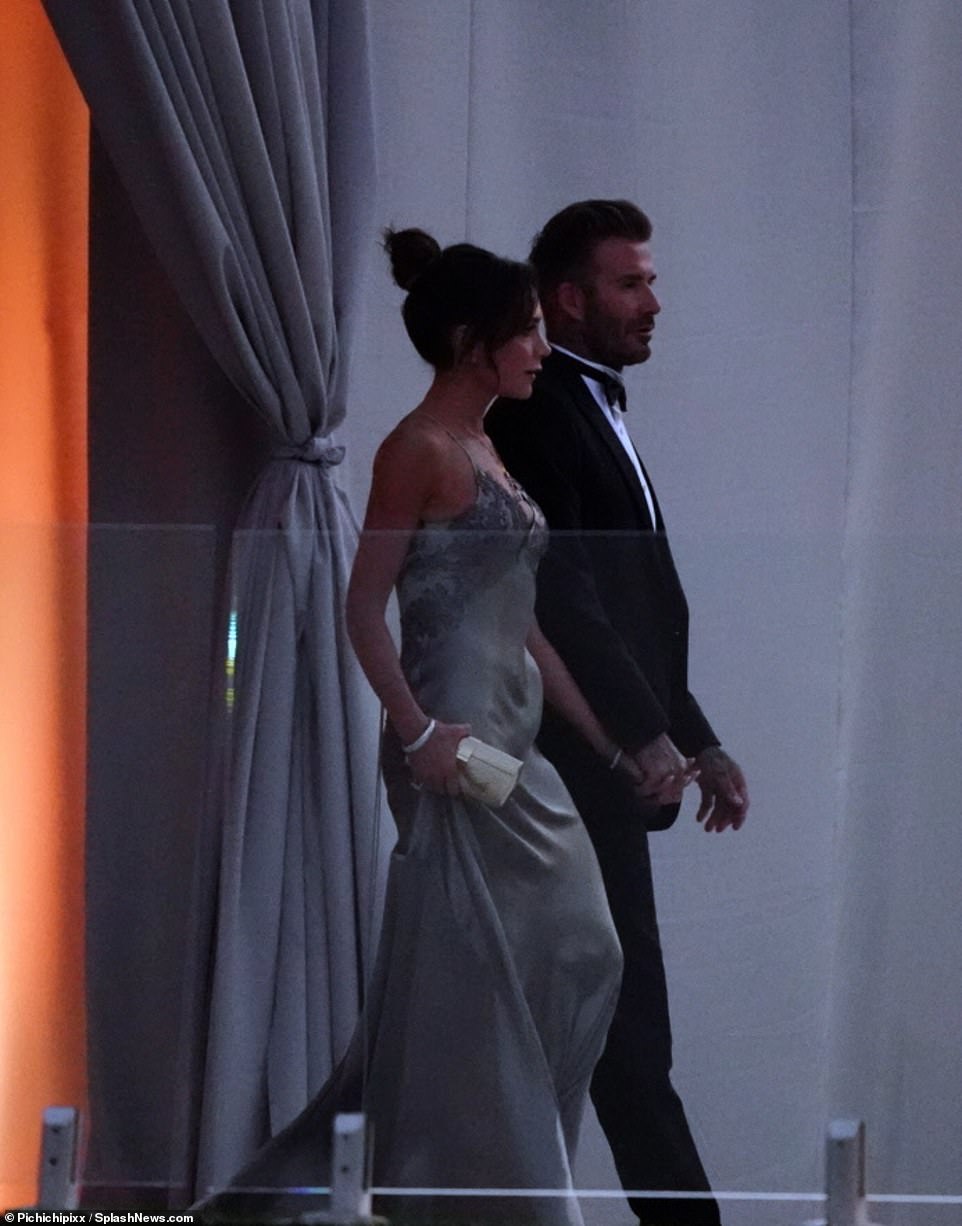 Phenomenal: Victoria, 47, was the epitome of elegance in a strapped grey satin gown with lace embellishing, while she swept her brunette tresses into a high bun, letting strands fall and effortlessly frame her face 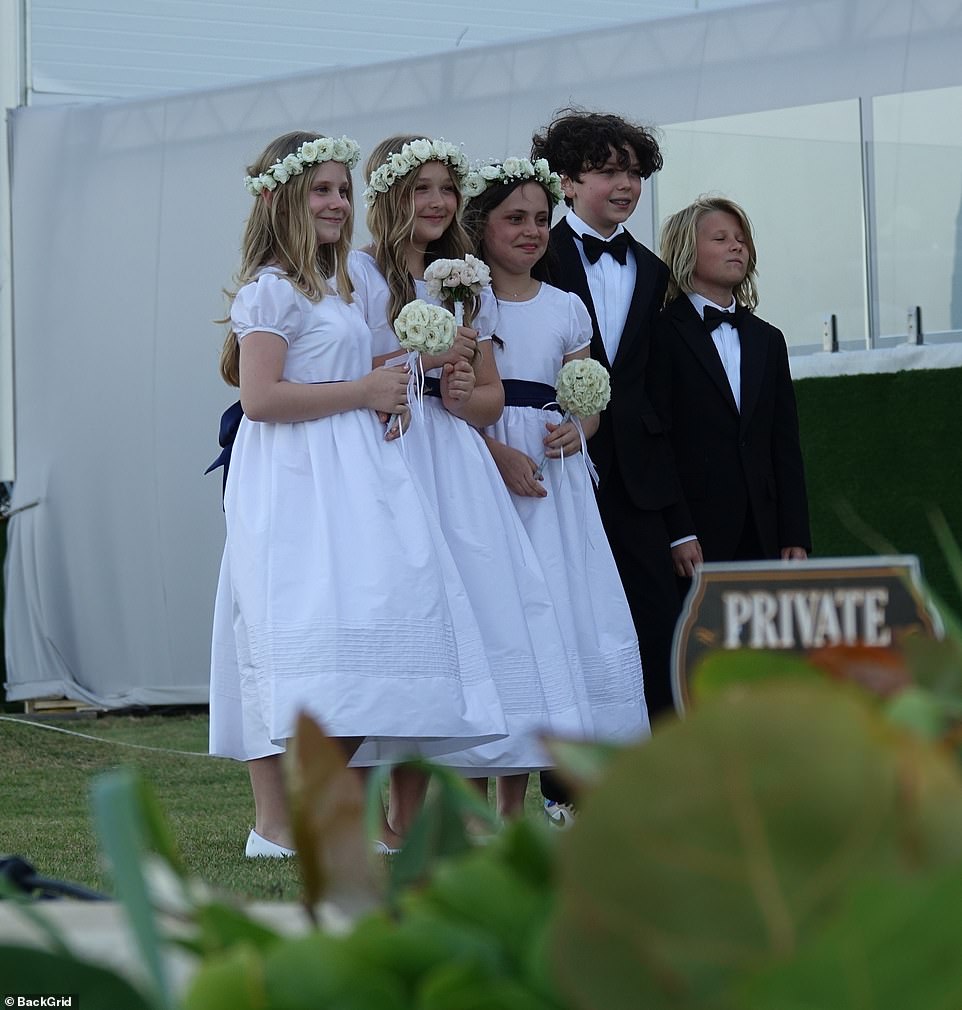 Cute: Brooklyn’s younger sister Harper, ten, was seen smiling for photographs with the other bridesmaids