By JAMES GORDON FOR DAILYMAIL.COM

A rare California ‘tornado’ touched down in Santa Barbara on Christmas Day night.

Metal car port awnings at an apartment complex in the Goleta area were ripped off while trees were also knocked down by the apparently brief but ferocious storm at around 10pm on Saturday evening.

Witnesses say a small tornado caused the damage, although there do not appear to be any injuries.

One social media user said the storm disappeared as quickly as it came and was all over in under a minute. 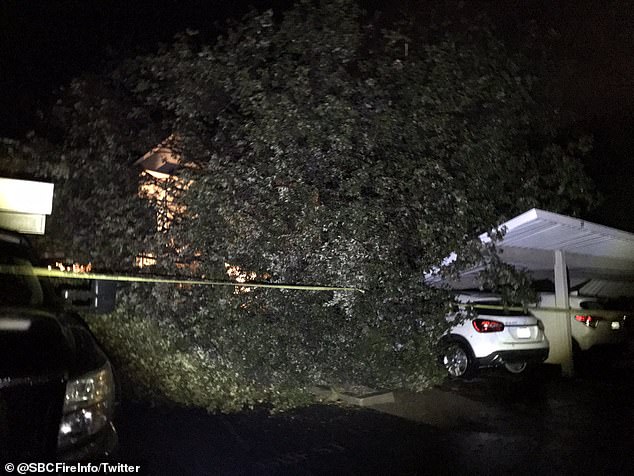 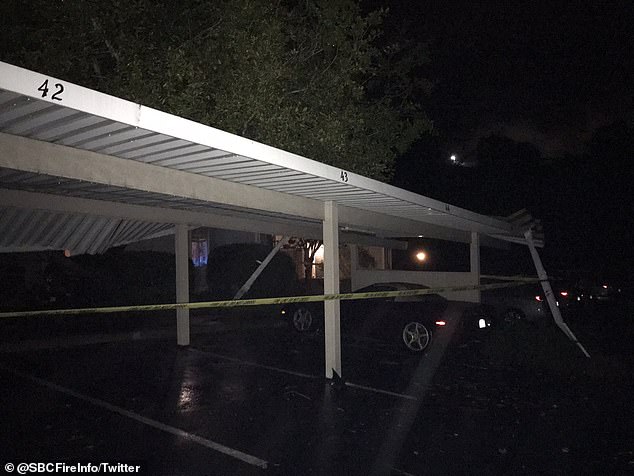 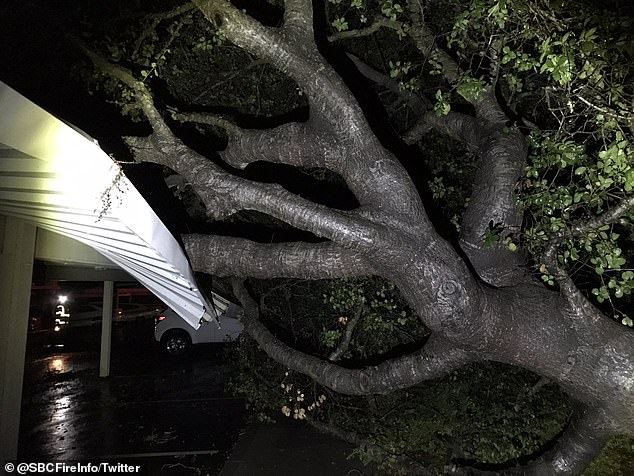 Photos from those on social media show the storms strength as large trees at the apartment complex were felled with their roots exposed.

Cars parked under a metal awning were also badly damaged after a tree collapsed on top of the structure.

Poles that were used to keep the structure up buckled after the tree landed a direct hit.

Away from the apartment complex, the powerful tornado also appeared to down power lines.

Weather maps show the storm, coming across the California coastline late into the evening 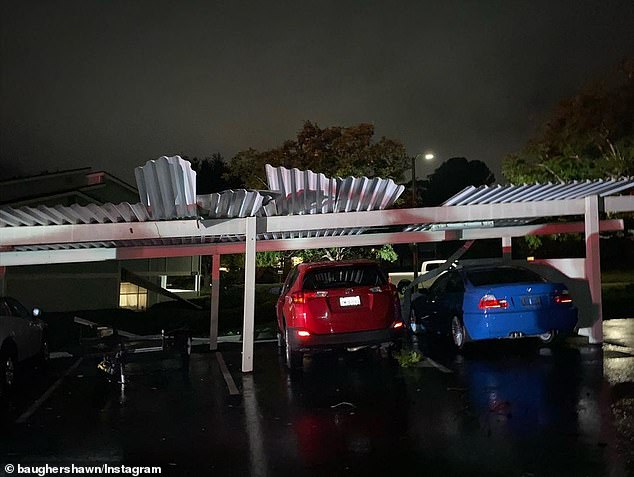 Instagram user baughershawn posted damage to a carport after a possible tornado in the Goleta area of Santa Barbara, California 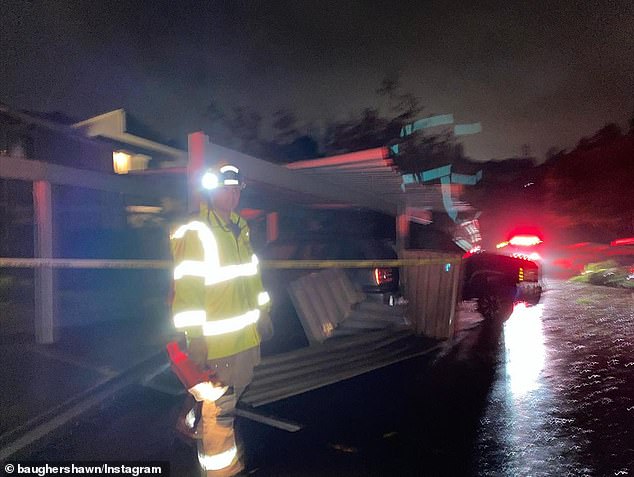 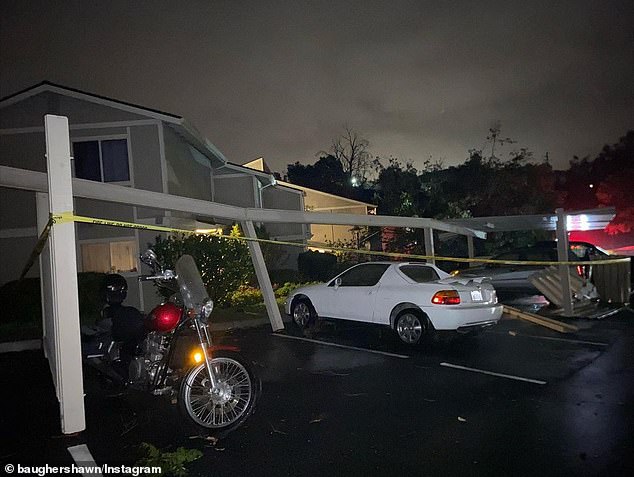 Yellow tape is erected around the car port which collapsed 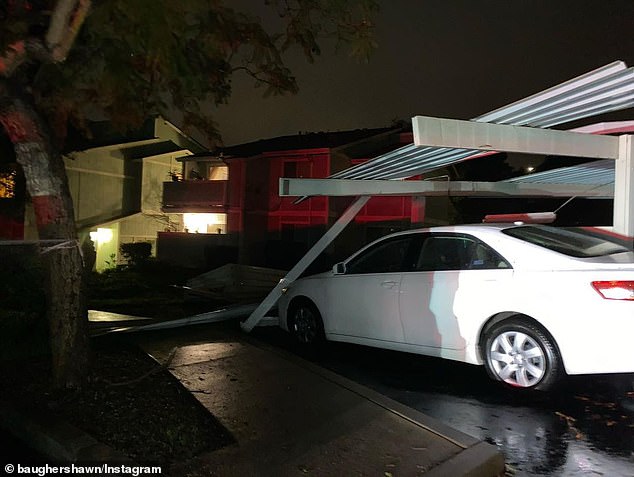 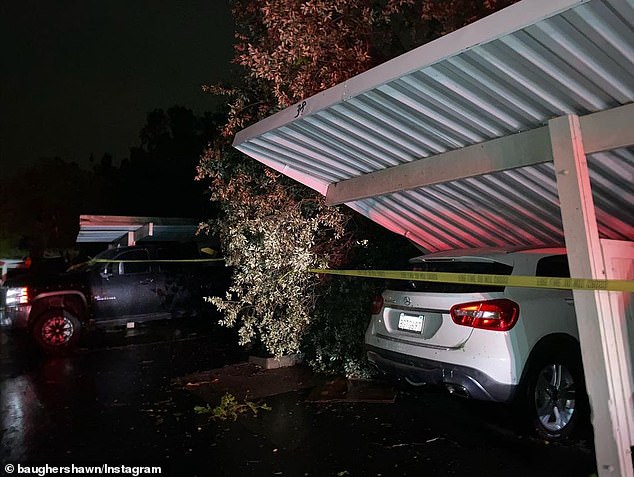 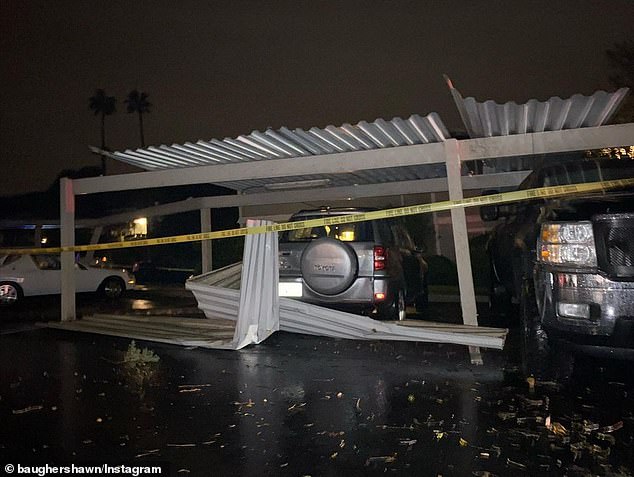 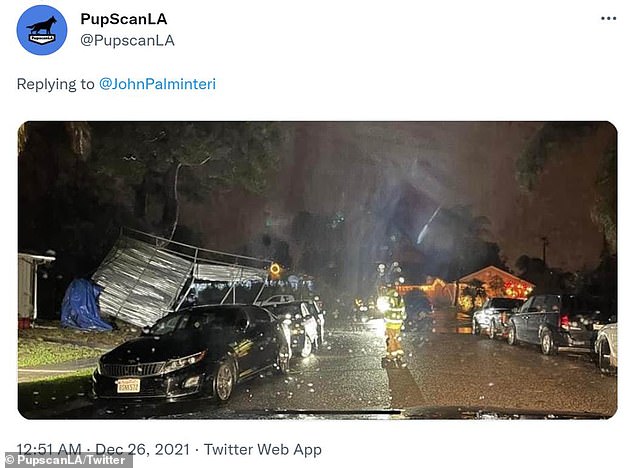 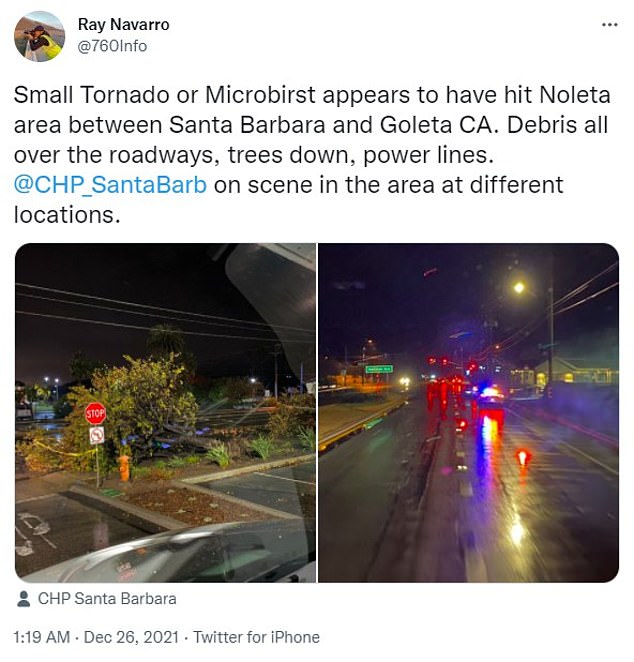 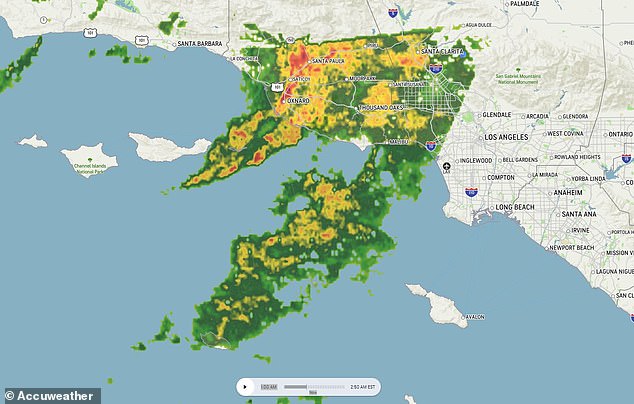 Weather maps show the storm, coming across the California coastline late into the evening 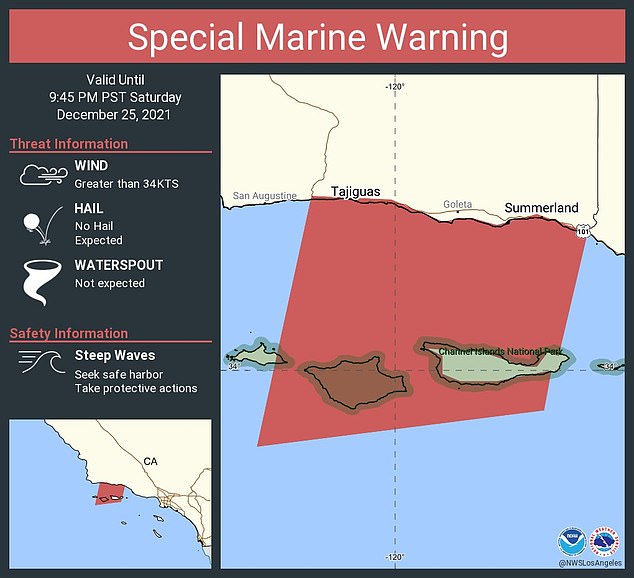 December has been an unusually destructive month weather-wise when it comes to tornadoes.

At least 79 people lost their lives in the nation’s heartland when the storms which passed over several states overnight on December 10 to the early morning of December 11.

‘The scope and scale of this destruction is almost beyond belief,’ said US President Joe Biden after touring the damage in Mayfield, Kentucky.

The December 10 tornadoes killed six in Illinois, five in Tennessee, two in Arkansas and two in Missouri.

The victims in Kentucky range in age from 2 months old to 98 years old.

In Mayfield, more than 100 employees of the Mayfield Consumer Products candle factory braved a tornado inside the facility, with some saying they were trapped under as much as five feet of rubble. 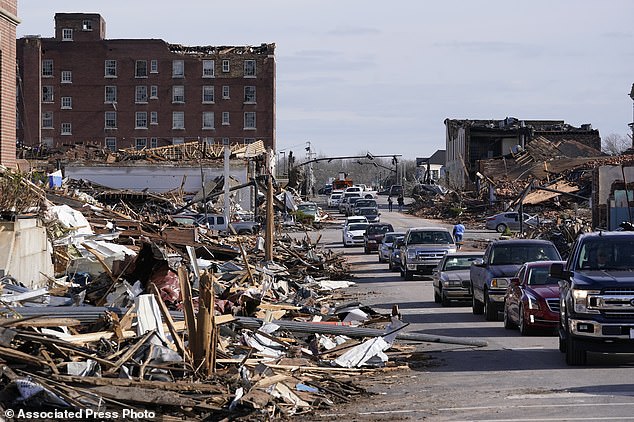 December has been an unusually destructive month weather-wise when it comes to tornadoes. Storms hit several states on December 10, which sent several tornadoes through Kentucky (Mayfield, Kentucky pictured on December 11)