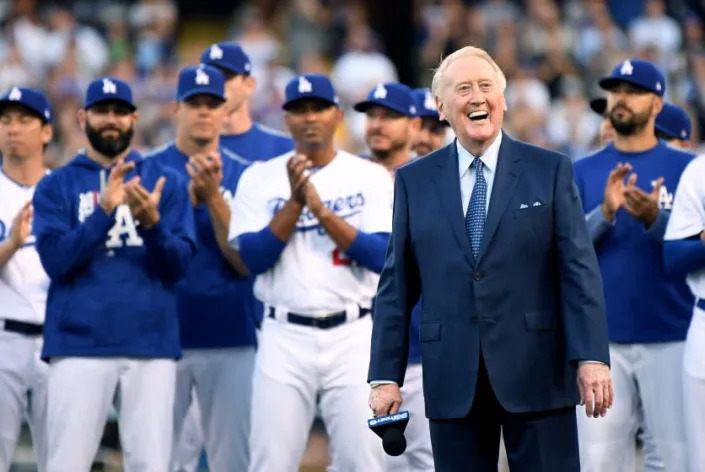 Dodgers broadcasting great Vin Scully smiles while being inducted into the Dodgers’ Ring of Honor before a game at Dodger Stadium on May 1, 2017. (Wallu Skalij / Los Angeles Times)

A look back on the life and career of legendary Dodgers announcer Vin Scully, who died Tuesday at age 94.

Scully served as the voice of the Dodgers for 67 seasons, beginning in 1950. Before retiring at age 88 in 2016, Scully was behind the microphone for some of the Dodgers’ greatest games, including six World Series triumphs. He also called a record 28 World Series broadcasts, 20 no-hitters and three perfect games.