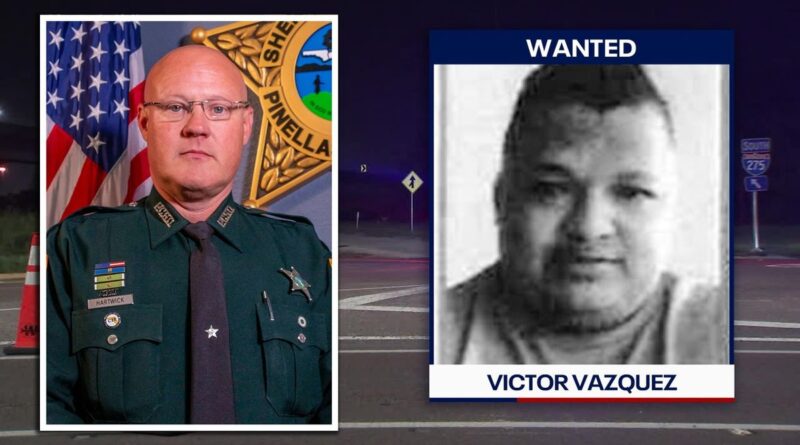 Authorities are actively searching for the driver responsible. 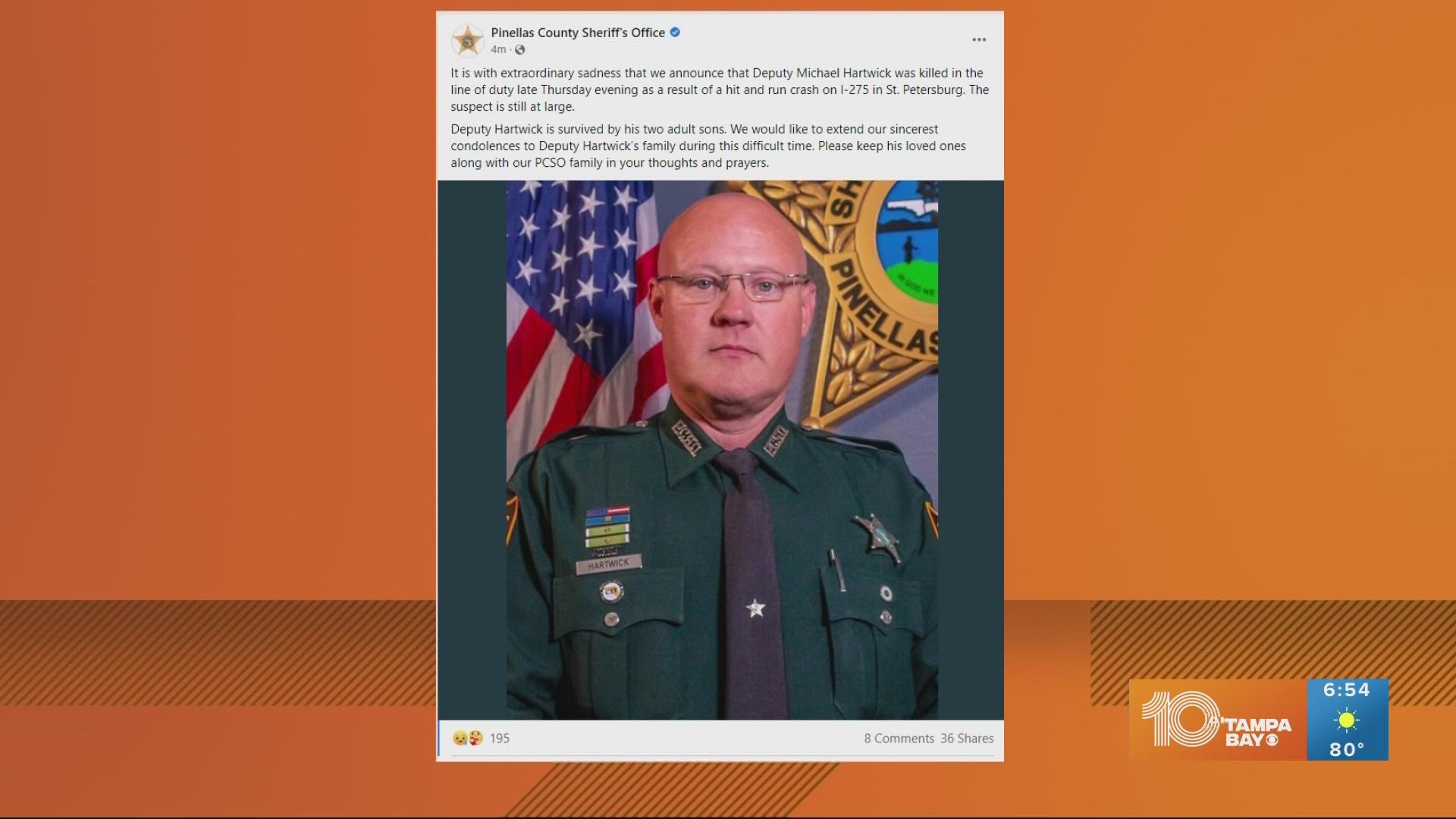 A Pinellas County Sheriff’s Office deputy was killed in a deadly hit-and-run crash on I-275 in St. Petersburg.

The sheriff’s office said Deputy Michael Hartwick was called to help overnight construction crews to keep them safe. He got there around 10:30 p.m. Thursday. He had safety gear on when he got out of his car and was standing on the shoulder when he was hit by a front loader. The crash happened around 11 p.m.

The driver ran from the scene on foot, according to the sheriff’s office, and deputies are still working on finding him. Sheriff Bob Gualtieri said they believe the man responsible for hitting the deputy is Victor Vazquez-Real.

Victor Vasquez is a Hispanic male around 35-years-old believed to live in Tampa.

“It is with extraordinary sadness that we announce that Deputy Michael Hartwick was killed in the line of duty late Thursday evening as a result of a hit and run crash on I-275 in St. Petersburg. The suspect is still at large,” the sheriff’s office said in a Facebook post.

“Deputy Hartwick is survived by his two adult sons. We would like to extend our sincerest condolences to Deputy Hartwick’s family during this difficult time. Please keep his loved ones along with our PCSO family in your thoughts and prayers.”