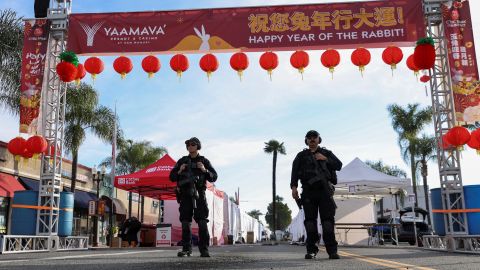 CNN — Investigators in Monterey Park, California, are still searching for the motive of a gunman who killed 10 people and injured 10 others during a shooting inside a ballroom dance studio Saturday night, devastating the majority-Asian community on the eve of its Lunar New Year celebration.

Terror continued overnight and into Sunday as the gunman had still not been caught and some had not been reunited with their loved ones. Ultimately, the city canceled the second day of its Lunar New Year festival, typically one of its most joyous holidays.

Eventually, a suspect identified as 72-year-old Huu Can Tran was located in the nearby city of Torrance, where he died after shooting himself as police approached his vehicle, Los Angeles County Sheriff Robert Luna said Sunday.

Hours earlier, a gunman had walked into Star Ballroom Dance Studio shortly before 10:30 p.m. Saturday night, not long after the city’s streets had been crowded by thousands of festival-goers, the sheriff said.

After releasing a barrage of gunfire on the people inside, the gunman drove to a second dance hall in neighboring Alhambra where he entered with a firearm but fled after being disarmed by two patrons, Luna said.

When police arrived at the dance studio in Monterey Park less than three minutes after the first call for help, “they came across a scene that none of them had been prepared for,” city police chief Scott Wiese said. The shooter had inflicted “extensive” carnage, leaving behind chaos as people fled the building with those dead and injured still inside, he said.

The suspected gunman had once been a regular patron of the dance hall, where he gave informal dance lessons and met his ex-wife, three people who knew him told CNN.

Police officers guard the area near the scene of the shooting at Star Ballroom Dance Studio.

The mass shooting is one of the deadliest in California’s history and was at least the 33rd in the US so far this year, according to the Gun Violence Archive, which like CNN, defines a mass shooting as one in which four or more people are shot, excluding the shooter. The violence came as a shock to many who felt Monterey Park was a safe enclave for the robust Asian community that has built a home there.

“I’ve lived here for 37 years, and I could never have imagined such a terrible thing happening,” Rep. Judy Chu, who represents Monterey Park in Congress, told CNN Sunday, adding, “This is a tight-knit community and it has been very peaceful all these years, so that’s why it is even more shattering to have this happen.”

Authorities have not named any of those killed or injured. The coroner’s office is still working to identify the deceased so police can notify their families, Luna said, adding that the victims are generally older than 50. Seven of the injured victims were still hospitalized Sunday, he said. 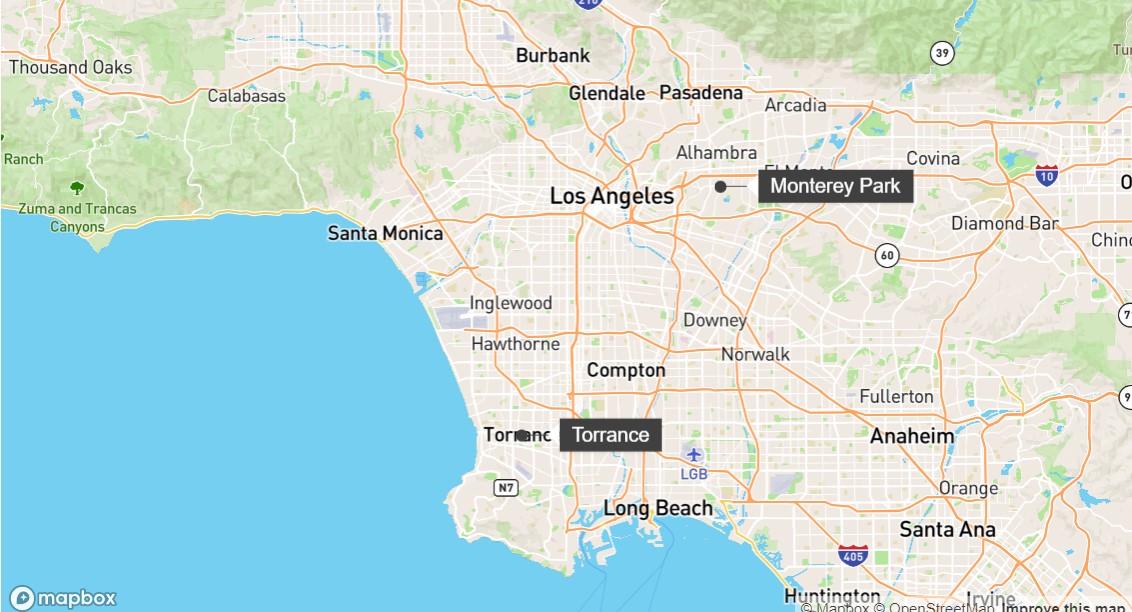 As details of the shooting unfolded Sunday, many state governors and national leaders voiced their support for the community and called for action to curb gun violence. President Joe Biden called the shooting a “senseless act.”

“Even as we continue searching for answers about this attack, we know how deeply this attack has impacted the (Asian American Pacific Islander) community. Monterey Park is home to one of the largest AAPI communities in America, many of whom were celebrating the Lunar New Year along with loved ones and friends this weekend,” Biden said.

About 65% of Monterey Park’s residents are of Asian descent, according to the US Census Bureau.

Tran had once been a familiar face at Star Ballroom Dance Studio, three people who knew him told CNN, though it is unclear how often he visited the venue, if at all, in recent years.

He even met his ex-wife there about two decades ago, she said in an interview. Tran saw her at a dance, introduced himself and offered her free lessons, she said.

The two married soon after they met, according to the ex-wife, who asked not to be named due to the sensitivity of the case. While Tran was never violent to her, she said he could be quick to anger. For example, she said, if she missed a step dancing, he would become upset because he felt it made him look bad. She said that after several years together, she got the impression that he had lost interest in her. Her sister, who also asked not to be named, confirmed her account.

Tran filed for divorce in late 2005, and a judge approved the divorce the following year, Los Angeles court records show.

Another long-time acquaintance of Tran’s also remembered him as a regular patron of the dance studio. The friend, who also asked not to be named, was close to Tran in the late 2000s and early 2010s, when he said Tran would come to the dance studio “almost every night” from his home in nearby San Gabriel.

Tran often complained at the time that the instructors at the dance hall didn’t like him and said “evil things about him,” the friend remembered, adding that Tran was “hostile to a lot of people there.”

Tran’s friend said he hadn’t seen Tran in several years and was “totally shocked” when he heard about the shooting.

“I know lots of people, and if they go to Star studio, they frequent there,” the friend said, adding that he was “worried maybe I know some of” the shooting victims.

Tran worked as a truck driver at times, his ex-wife said. He was an immigrant from China, according to a copy of his marriage license she showed to CNN.

In 2013, Tran sold his San Gabriel home, which he had owned for more than two decades, property records show. Seven years later, records show, he bought a mobile home in a senior citizens community in Hemet. A spokesperson for Hemet Police confirmed the location of his home to CNN Sunday.

What we know about the suspect in the Monterey Park massacre