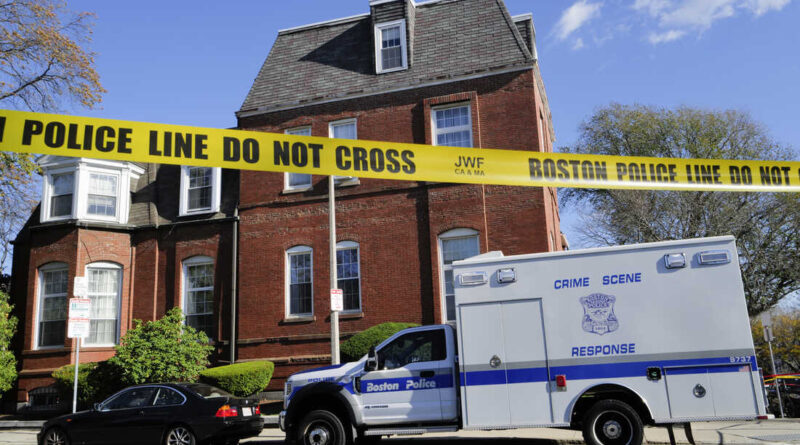 Police discovered the remains of four infants in a South Boston apartment earlier this month, according to a press release issued Monday. 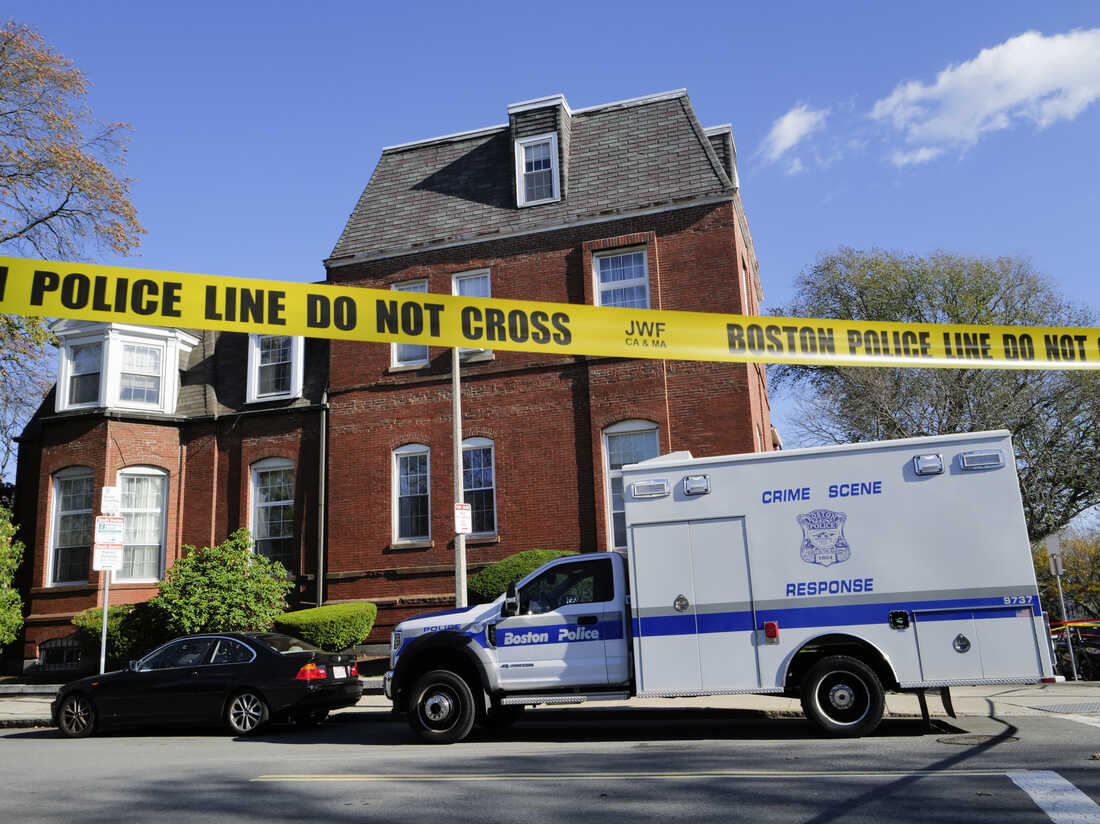 A Boston Police Crime Scene Response vehicle is parked on the street outside an apartment building where infant and other human remains were discovered by authorities.

Carlin Stiehl for The Boston Globe via Getty Images

Police say they responded to a call to investigate the apartment on Nov 17. When arriving on the scene around 2:15 p.m. ET, they discovered first “what appeared to be a human fetus or an infant.”

Additional human remains were discovered the next day, police say. An ongoing autopsy has so far revealed the remains of two male infants and two female infants.

A Suffolk County District Attorney spokesman told local news outlets that the remains were discovered inside a freezer. The district attorney’s office did not immediately return NPR’s request for confirmation.

Police have yet to share any information about the identity of the infants, name potential suspects or say whether they were considering pressing charges.

According to realty websites and public property records, the apartment on East Broadway is one of nine small condominium units located inside a large red brick building.

Local media outlets say that the news has rocked the normally quiet neighborhood of City Point.

Katie Reilly, who told the Boston Globe that her family has owned the building next door for five generations, was at work when her mother called to say there was a helicopter flying over the street and a dozen police cars out front.

“It was definitely just really chilling and awful to see, because this is just such an uneventful and safe neighborhood,” she told the Globe.

“I would never expect anything like that to happen here, especially just right next door to us. … I always feel — and still do feel — incredibly safe around here.”

Remains found in Oklahoma identified as 4 missing men; police say they were shot and dismembered

Debbie Griggs: Remains of pregnant woman murdered 20 years ago by husband found in back garden