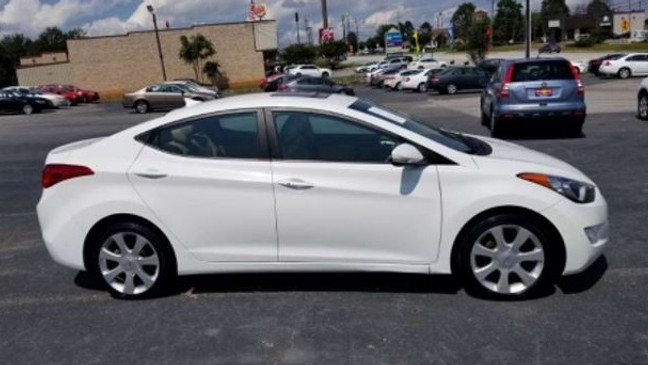 by JESSICA A. BOTELHO | The National Desk

WASHINGTON (TND) — Authorities said they are searching for a car they said was spotted near a home where four University of Idaho students were killed in mid-November.

Authorities say they are searching for a car they said was spotted near a home where four University of Idaho students were killed in mid-November. (Photo: Moscow Police Department) 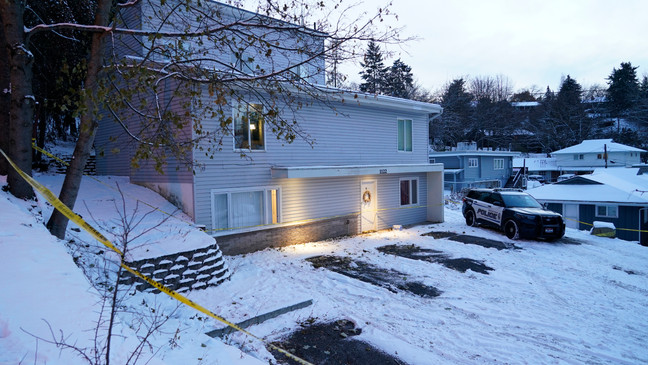 FILE – Bare spots are seen on Nov. 29, 2022, in the snowy parking lot in front of the home where four University of Idaho students were found dead on Nov. 13, in Moscow, Idaho, after vehicles belonging to the victims and others were towed away earlier in the day. Police are asking for help finding the occupant of a car that was seen near where the students were stabbed, saying that person could have “critical information” about the case. (AP Photo/Ted S. Warren, File)

The Moscow Police Department on Wednesday released two stock images of a white 2011-2013 Hyundai Elantra with an unknown license plate, adding that they hope to speak to the occupants.

If you know of or own a vehicle matching this description, or know of anyone who may have been driving this vehicle on the days preceding or the day of the murders, please forward that information to the Tip Line,” police noted on social media.

Police said the car was “in the immediate area of the King Street residence during the early morning hours of November 13th,” which is when the students were murdered at an off-campus house. 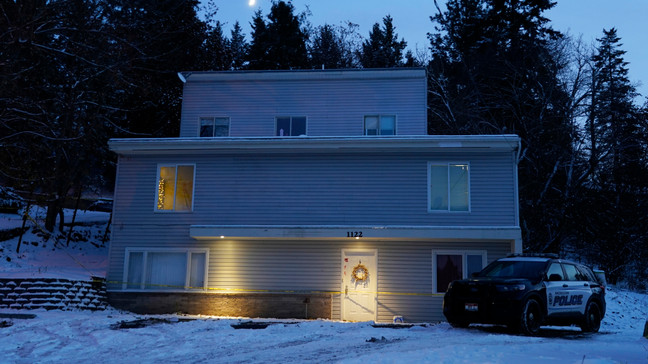 FILE – The moon rises on Nov. 29, 2022, as a Moscow police officer stands guard in his vehicle at the home where four University of Idaho students were found dead on Nov. 13, 2022 in Moscow, Idaho. It’s been nearly three weeks since four University of Idaho students were found stabbed to death in a home near campus, but there are still more questions than answers surrounding the investigation. (AP Photo/Ted S. Warren, File)

“Investigators believe the occupant(s) of this vehicle may have critical information to share regarding this case,” police wrote.

Authorities said information should be submitted through their Tip Line at 208-883-7180 or via email at tipline@ci.moscow.id.us.

Your information, whether you believe it is significant or not, might be the piece of the puzzle that helps investigators solve these murders,” police wrote.

It has been almost three weeks since the bodies of Madison Mogen, 21, Xana Kernodle, 20, Kaylee Goncalves, 21, and Kernodle’s boyfriend, Ethan Chapin, 20, were found stabbed to death in a rental home near campus. Police said the women lived together, while Chapin was staying the night. 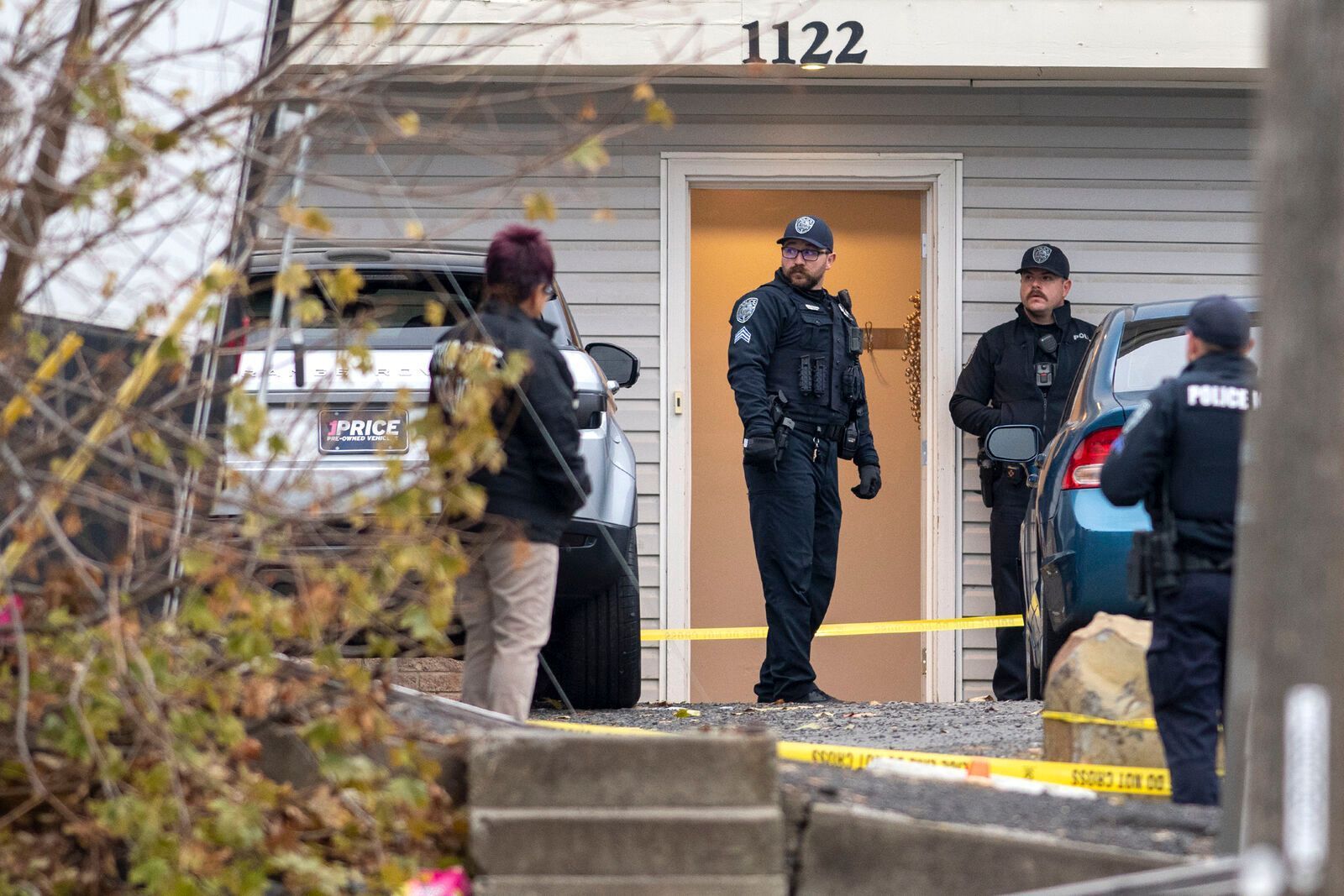 Officers investigate a homicide at an apartment complex south of the University of Idaho campus on Sunday, Nov. 13, 2022. Four people were found dead on King Road near the campus, according to a city of Moscow news release issued Sunday afternoon. (Zach Wilkinson/The Moscow-Pullman Daily News via AP)

The suspect/s remains at large.

“At this time, no suspect has been identified and only vetted information that does not hinder the investigation will be released to the public,” police said. “We encourage referencing official releases for accurate information and updated progress.”

“This is our highest priority and it will remain our top priority,” Chief James Fry of the Moscow Police Department said during a news conference on Nov. 23. “We feel we owe it to the families.”

Authorities said they will take their time and not sacrifice the quality of the investigation for speed.

They also said they are dedicated to ensuring that the campus, as well as the surrounding area, is safe. 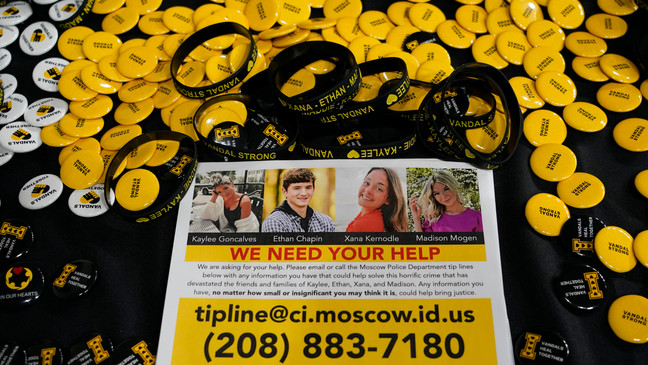 FILE – A flyer seeking information about the killings of four University of Idaho students who were found dead is displayed on a table along with buttons and bracelets on Nov. 30, 2022, during a vigil in memory of the victims in Moscow, Idaho. Police are asking for help finding the occupant of a car that was seen near where the students were stabbed to death last month, saying that person could have “critical information” about the case. (AP Photo/Ted S. Warren, File)