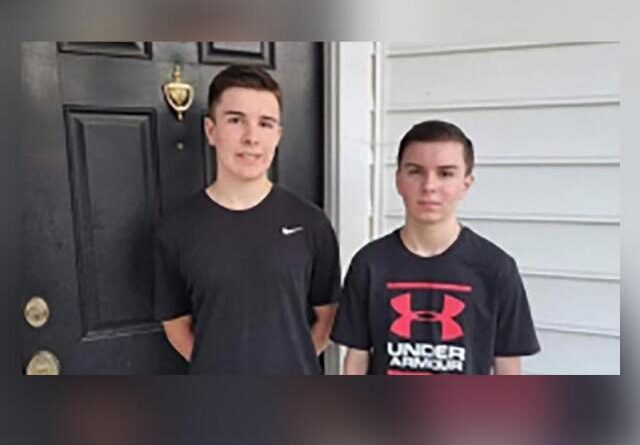 More details about the North Carolina shootings emerged from the four-page preliminary report that Raleigh’s police chief provided to the city manager Thursday.

More details about the shootings emerged from the four-page preliminary report that Raleigh’s police chief provided to the city manager. Such summaries are written within five business days of an officer-involved shooting.

Those who died in the Oct. 13 shooting included an off-duty city police officer who lived in the Hedingham neighborhood where the shootings began, according to police. Two others were wounded, one of them another community resident who remains in critical but stable condition, the report said.

Witnesses had described a shooter wearing camouflage clothing, which the report confirmed, and firing a shotgun in the subdivision and along a nearby walking trail.

Police said the suspect — still not named in the report because he is a juvenile but identified by his parents this week — was captured in a barnlike structure more than four hours after the first emergency call. The report said the teen had traveled nearly 2 miles from where his brother was found shot and stabbed. Police said they exchanged gunfire with the teen and one officer was injured. The officer was treated at a hospital and released that evening.

The report said officers gave repeated commands for the suspect to surrender and special officers worked to figure out his exact location. Police ultimately decided to advance toward the building where he was found.

When officers arrested the teen, he appeared to have a single gunshot wound and had a handgun in his waistband. A shotgun and shells were lying nearby, according to the report. It didn’t describe how he obtained the weapons or how he was wounded.

The report was released the same day the first memorial service for victims was held at a Raleigh church —where a basketball jersey and a pair of shorts were placed atop a closed coffin.

James Thompson, 16, the youngest of those killed and the brother of Austin Thompson, was “just getting to that age when the whole world was opening up for him,” Jeff Roberts, senior pastor of Trinity Baptist Church, said during the service.

“And we remember his life — a life filled with joy and laughter and experiences that shaped him and were shaping his future,” the pastor said.

When he was younger, James Thompson was a calm and smiling presence at Sunday school but a fierce player in the church’s basketball program. He was a child who picked up used golf balls at the golf course, cleaned them and resold them.

As he grew older, the teen developed an interest in cooking and would try out new ideas after watching YouTube videos of celebrity chef Gordon Ramsay. The teen loved deep-sea fishing. And he was starting to think about college, possibly at nearby North Carolina State University.

“We don’t want this moment to define James’s life,” the pastor said. “Part of the events of the past week will be part of his story. But I want you to know it’s not all of his story.”

Roberts also spoke aloud the names of the other victims.

Meanwhile, Austin Thompson remains in critical condition, the report said. His mother said Wednesday that he was moved to a pediatric ICU unit. The top local prosecutor has said she will seek to charge the youth as an adult.

The teen had a backpack that contained several types of rifle and shotgun ammunition, the report said, and the sheath for a large knife clipped to his belt. A hunting knife was found at the front of the outbuilding where he was captured, police said.

Based on the teen’s estimated direction of travel, police believe James Thompson was shot first, the report said.

“The collective motive for these attacks is still unknown,” the report from Chief Estella Patterson said, adding there doesn’t appear to be any connection between the victims shot by the suspect before he encountered police other than they all lived in close proximity.

According to the report, emergency communications received a 5:09 p.m. call for service based on multiple shots fired near the neighborhood’s golf course.

A few minutes later, a 911 caller reported hearing shots and seeing two shooting victims in front of a house on the same street where the 16-year-old was discovered in a residence. Police believe the teen shot Marcille Lynn Gardner, who was found wounded in the driveway, then fired at Nicole Connors, 52, who lived in the house. Connors was shot on her porch and later died. Gardner, 60, remains hospitalized.

Soon after, off-duty Raleigh police Officer Gabriel Torres was shot inside his car on another street in the neighborhood as he was about to leave for work, the report said. Torres, 29, later died at the hospital.

That’s when the teen fled toward the Neuse River Greenway Trail, the report said, where minutes later a 911 caller found two more victims along the trail who died at the scene. They were Mary Marshall, 34, who was walking her dog, and Susan Karnatz, 49, who was out on a run.

Officers who had swarmed the area located the teen a little over an hour later in an area with two barn-like structures. That’s when police said they believe he fired shots at officers from one of the buildings and multiple officers returned fire. Raleigh police estimated their officers fired 23 rounds. Two city officers who discharged their firearms have been placed on administrative duty.

The parents of the two teenagers released a statement earlier this week saying they are “overcome with grief” and saw no warning signs that “Austin was capable of doing anything like this.” An attorney for the family didn’t immediately respond to messages seeking comment on the report.