The horror is believed to have started near the Chase Bank in Renton, outside of Seattle, Washington. 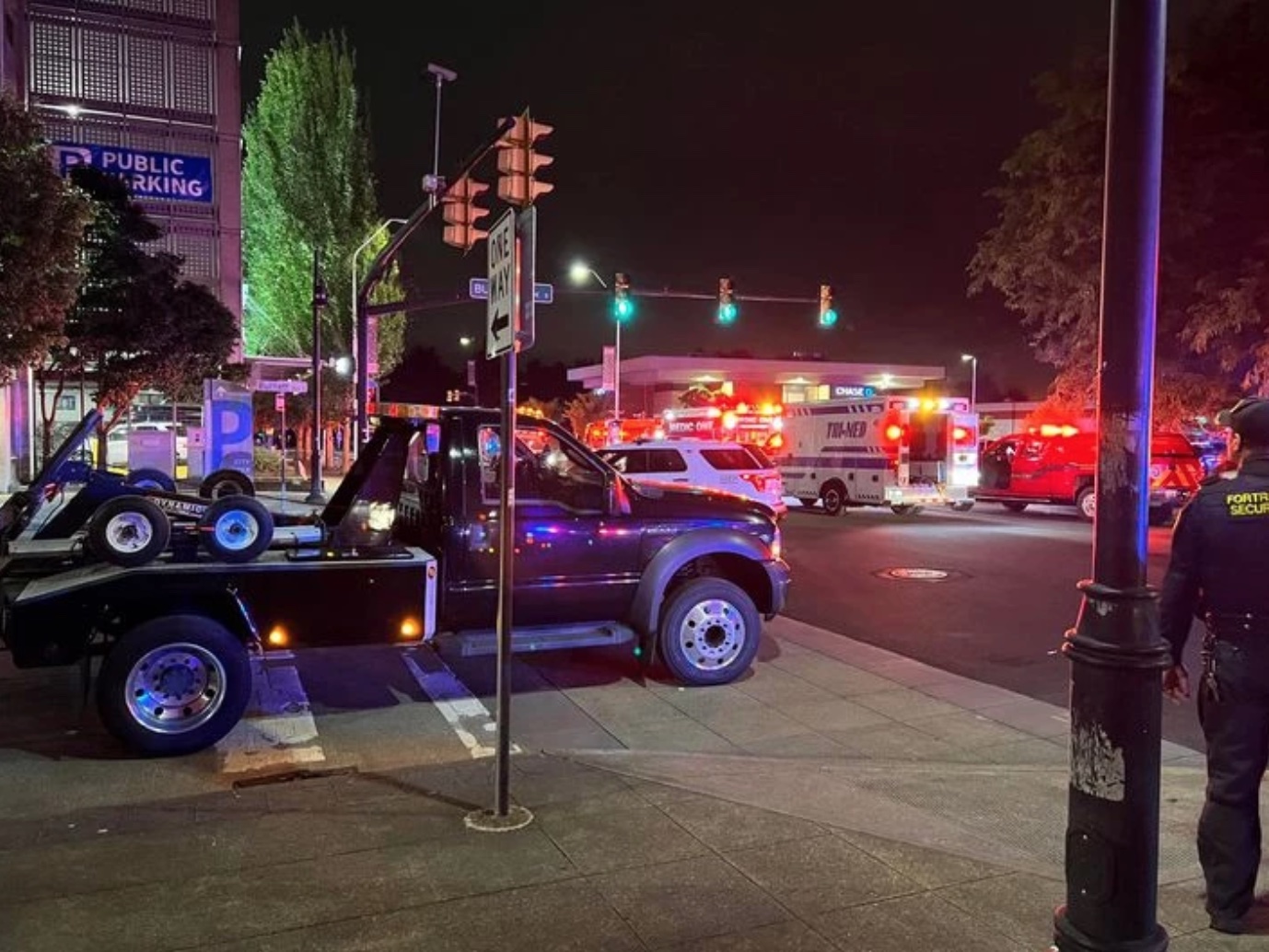 At least one person has been confirmed deadCredit: Tacoma Tow Guy/Facebook

Several shooters are believed to have opened fire on a gathering of people.

Unconfirmed reports say crowds were hiding on the floor.

There are said to have been so many injured that civilians were using their cars to take people to hospital.

Sandra Havlik, a spokesperson for the Renton Police Department, said: “Just before 1 am officers were called to the 100 block of Logan Ave S for multiple shots fired.

“Officers arrived to find multiple victims. Five victims were treated at the scene by Fire/Medics & we can confirm one fatality.

“This is not an active shooter situation.”

She added: “Initial investigation indicates this was a dispute outside of a large gathering/event which led to gunfire, possibly by more than one suspect.

“Due to the large crowd, multiple agencies were called in to assist.

“This is an active scene still & investigation will be ongoing.”

Numerous paramedics and law enforcement agencies, including the police department in Seattle and Renton police are at the scene.

CPR was administered to a large number of victims by individuals before first responders arrived, reports say.

No shooter is in custody at this time.

All homes and businesses in the area have been urged to immediately lockdown.

Residents are urged to find a secure location and take shelter.

Everyone is urged to avoid the area.