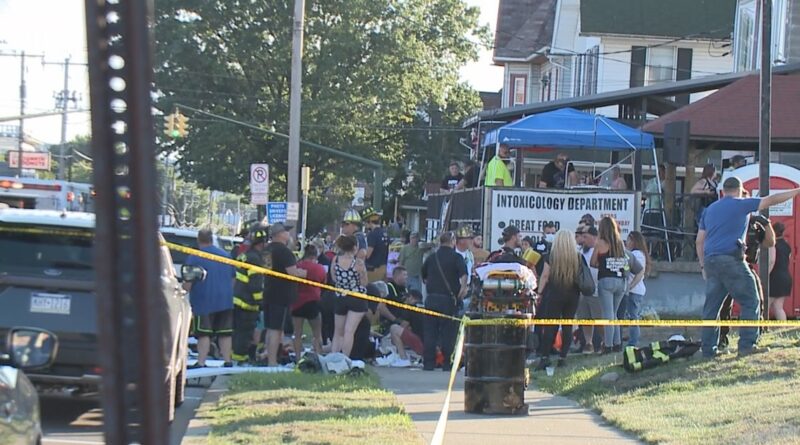 A photo posted by WNEP-TV shows firefighters and at least one emergency vehicle at the scene. 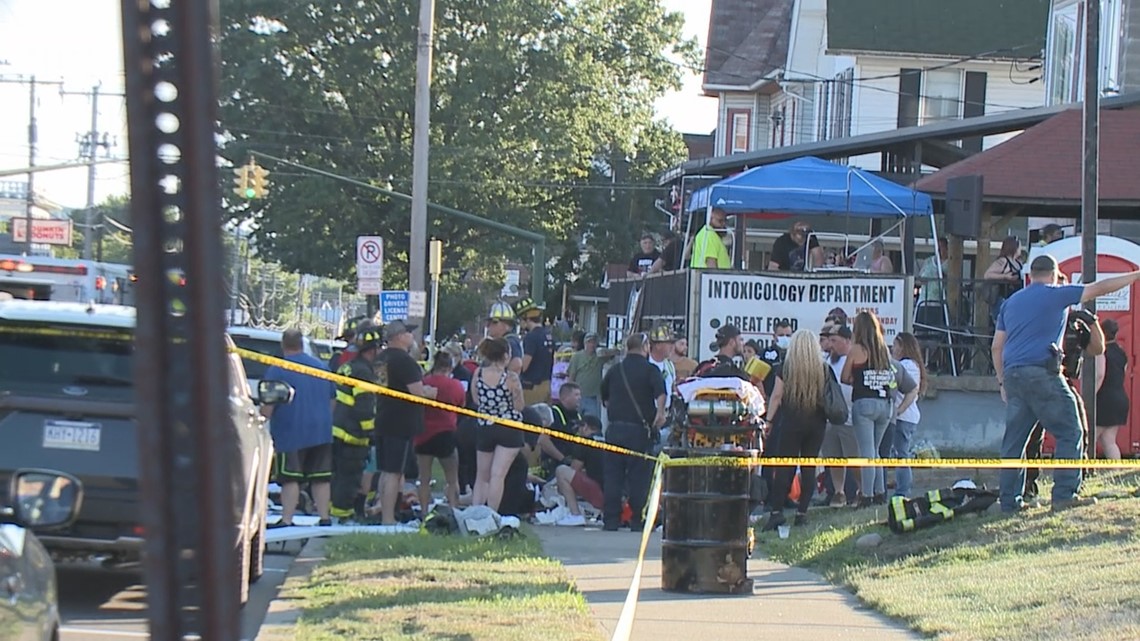 (CNN)A man in Pennsylvania was arrested on suspicion of driving his car into a crowd of people Saturday evening, killing one person and injuring 17 others before killing a woman in a neighboring county later that night, police said.

The car plowed into a crowd of people who were gathered in Columbia County’s Berwick Borough for an all-day community event to raise money for victims of a deadly house fire, according to a news release from Pennsylvania State Police.
State troopers and Berwick Police arrived at the scene to find multiple victims, including one person who had died, the police release stated. 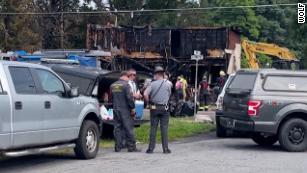 A short time later, Pennsylvania State Police say they received a call about a male suspect who was physically assaulting a woman in the Nescopeck Borough of Luzerne County. State troopers arrived to find the woman dead and the suspect was detained by officers from a municipal police department, according to the release. Authorities determined that the suspect found with the woman is also a suspect in the Berwick crash.

Many of the injured were transported to local hospitals following the crash. The Geisinger Medical Center reported treating 15 patients from the Berwick incident, including at least four people who were in critical condition, spokesperson Natalie Buyny told CNN in a statement.

Authorities have not publicly identified those who died, but identified the suspect in a news release Sunday morning as 24-year-old Adrian Oswaldo Sura Reyes of Nescopeck. The suspect was arraigned early Sunday on two counts of criminal homicide, the release said. He was denied bail and is being held in the Columbia County Correctional Facility.

The motive for both incidents remains unclear, police said, and no further details were available. 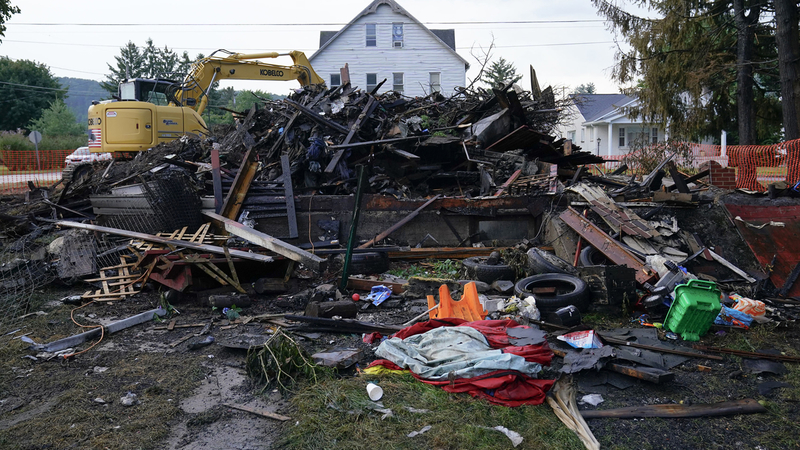 The dead included seven adults and three children. One of the firefighters who responded to that scene was a relative of the victims.

All 10 victims of that fire died of smoke inhalation, the coroner said.