According to the arrest report, the arresting officer pulled Downing over after his vehicle was traveling at a high rate of speed and Downing’s vehicle allegedly smelled of intoxicants.

Per Flight Aware, the Titans’ team plane left Green Bay just after midnight CT and landed in Nashville at 2:07 a.m. According to WSMV, Downing was pulled over around 2:30 a.m.

Downing, 42, is in his second season as the Titans’ offensive coordinator following two seasons as the team’s tight ends coach. He took over as the OC after Arthur Smith became the head coach of the Atlanta Falcons.

Downing has been in the NFL since 2005 and has worked for seven teams including the Rams and Lions. He was the Raiders’ offensive coordinator in 2017 after serving as the team’s quarterbacks coach for two seasons. 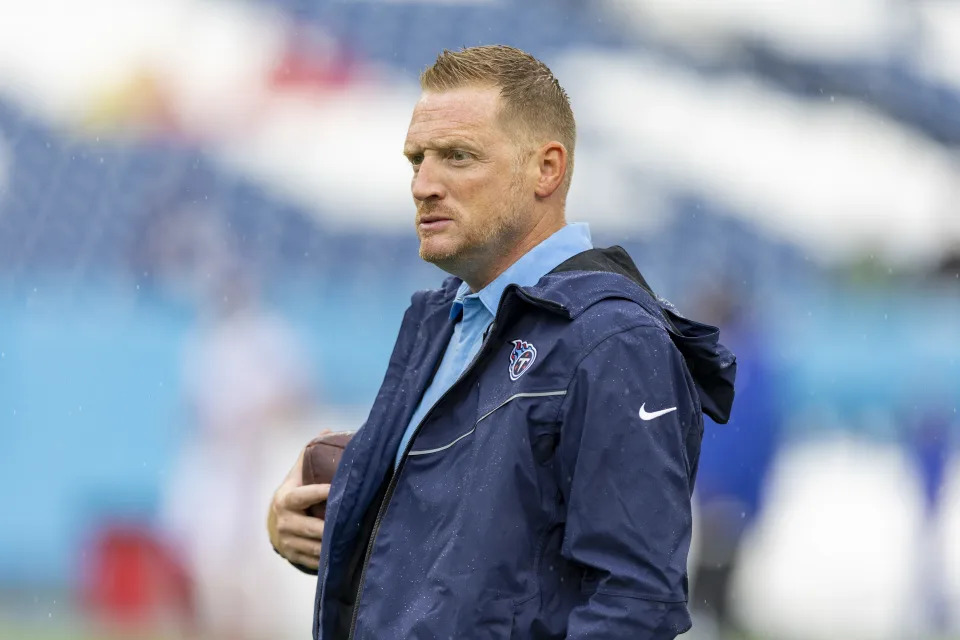 NASHVILLE, TENNESSEE – SEPTEMBER 11: Offensive Coordinator Todd Downing of the Tennessee Titans on the field before a game against the New York Giants at Nissan Stadium on September 11, 2022 in Nashville, Tennessee. The Giants defeated the Titans 21-20. (Photo by Wesley Hitt/Getty Images)

The Titans beat the Packers 27-17 on Thursday night to move to 7-3 on the season and drop the Packers to 7-4. Ryan Tannehill threw for 333 yards in the win and Derrick Henry threw a TD pass near the goal line early in the fourth quarter to give the Titans a 10-point lead they would never relinquish.