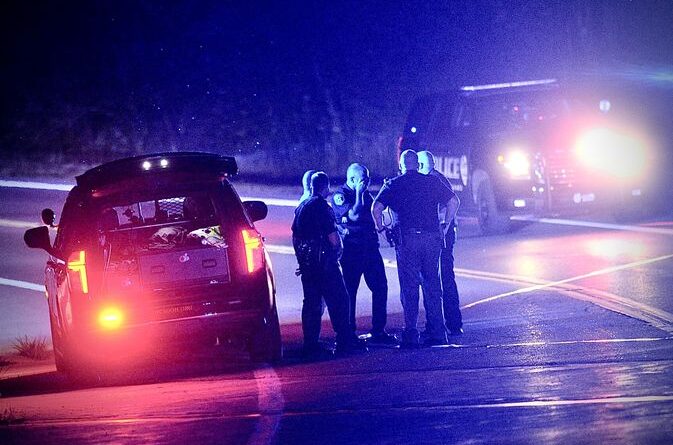 BY ANTHONY GALAVIZ AND ROBERT KUWADA

Shots were fired Saturday night at River Park, causing panic among patrons at the popular northeast Fresno shopping center and store to lock down.

Fresno Police said the shooting was an isolated incident, and emphasized that it was not an active shooter situation.

Lt. Brian Valles said a verbal altercation broke out between two groups around 8 p.m. and one of the individuals involved fired 2-3 shots in front of the Famous Footwear store, which is just around the corner of the Regal Cinema Theater.

No one was injured in the shooting, and police said it has not received any notification of a shooting victim being admitted at a local hospital.

However, the shooting did cause some chaos with several shoppers screaming and fleeing from the scene.

Two groups got into an altercation, resulting in 2-3 shots being fired Saturday at the River Park shopping center in northeast Fresno. Robert Kuwada The Fresno Bee

Nearby stores went into immediately lockdown until they were notified by police that it was safe to reopen.

Police had no preliminary information regarding the two groups involved in the altercation nor a description of the shooter.

All members of the two groups were believed to have fled the scene, police added.

Valles said no stores were damaged in the shooting, but an unoccupied truck was struck by a bullet, which resulted in a flat tire.

Reports of a shooting prompted several police units to arrive to River Park.

Two groups got into an altercation, resulting in 2-3 shots being fired Saturday at the River Park shopping center in northeast Fresno. Anthony Galaviz The Fresno Bee

By about 9:30 p.m. Valles said the shopping center was reopened and police remained on the scene to help maintain peace.

“The mall has been rendered safe,” Valles said. “There was not an active shooter.

“This incident is an isolated incident. … We’re fortunate that that no one was hit.”

Saturday was the third shooting incident to occur at River Park this year.

In March, a man was shot near the Ruth Chris Steak House.

Then in May, an off-duty deputy fired at a suspect vehicle near the Macy’s, which at one point had three people inside who matched a description of individuals wanted in connection to the home burglary.