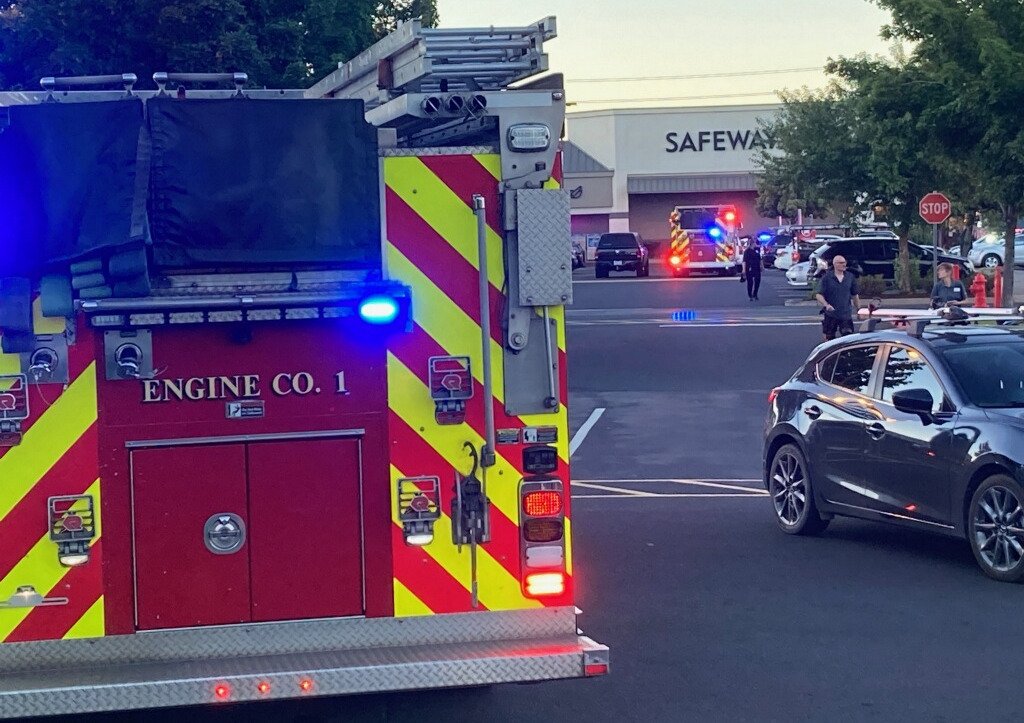 Officers and medics rushed to the Forum Shopping Center just after 7 p.m. after numerous reports of gunshots and one or more victims and/or suspects.

Just before 8:30 p.m., St. Charles spokeswoman Lisa Goodman confirmed that they had received two people, one who was dead on arrival and another reported to be in good condition. A short time later, she said the hospital had been placed in a lockout.

Miller said at least one shooter was firing shots in the parking lot, near the Costco and Big Lots stores, then entered the west entrance of Safeway.

“One person was shot inside the entrance,” she said, and that person was the one reported dead on arrival at St. Charles Bend.

“Police believe the shooter continued firing through the store, shooting and killing an additional person” toward the back, produce area, Miller said.

Police found another person, believed to be the shooter, dead in the store. Miller said initial reports indicate police did not fire any shots at the scene.

The police spokeswoman said that a “shelter in place” warning was still in effect in the area “out of an abundance of caution.”

Goodman said shortly before 9 p.m. that “the hospital is on lockout and we are encouraging people to stay away unless they are experiencing a medical emergency.”

Some callers reportedly said they saw someone dressed all black, while others said a male subject holding two duffel bags who may have entered the grocery store.

Others heard gunshots from the nearby Costco, to the east.

Bend police said in a tweet that there was “an active investigation in the area of The Forum Shopping Center. Please avoid the area. More updates to come as the investigation continues.”