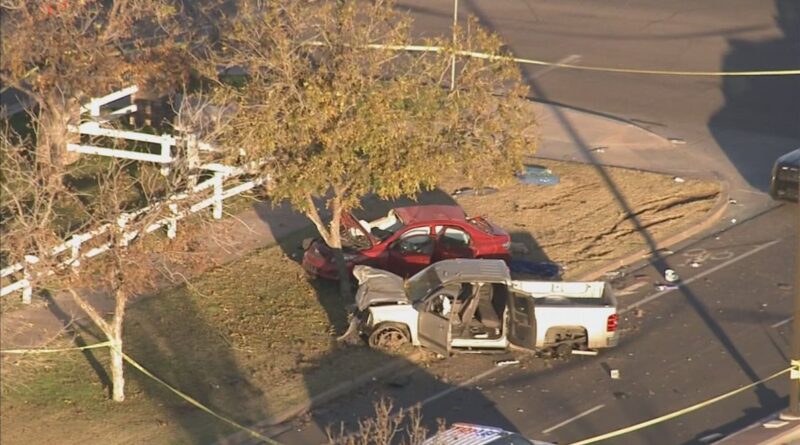 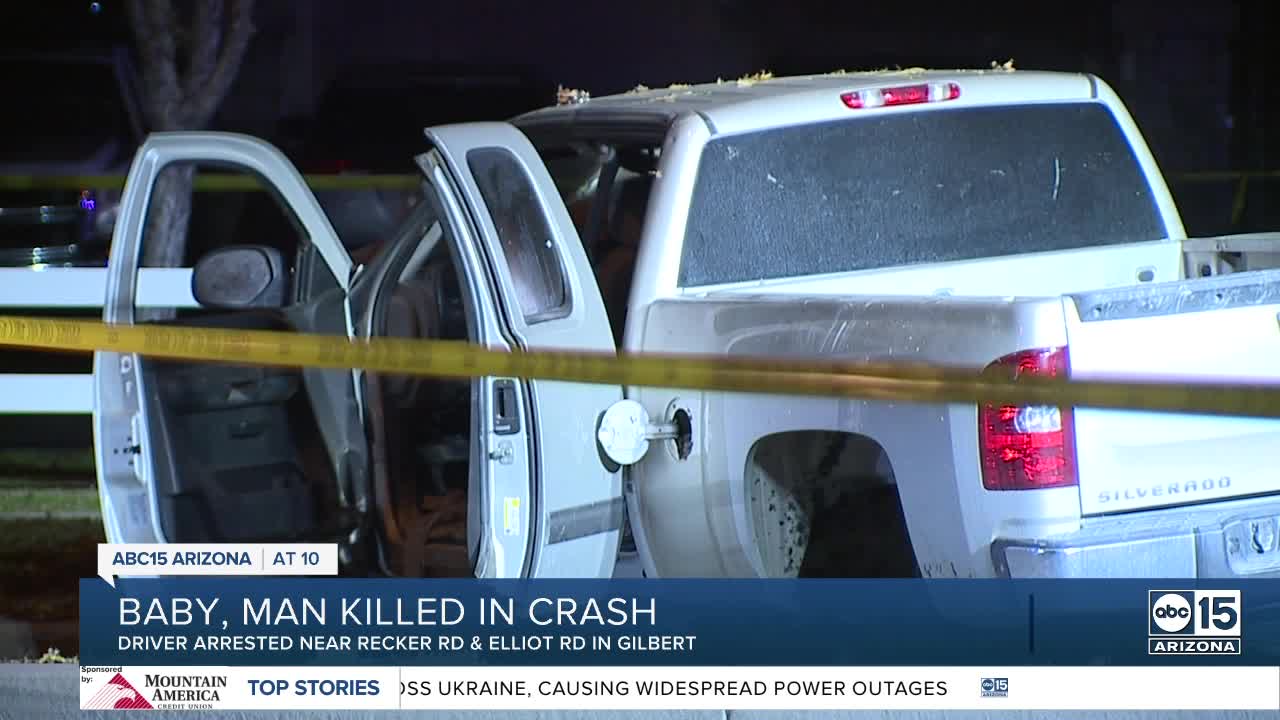 GILBERT, Ariz. — The fiancée of an Arizona sheriff’s late son has died days after a crash that killed his son and his granddaughter.

“Thank you everybody for the amazing support, the love and the prayers! We feel so blessed as a Family! Please keep Caroline’s Family in your prayers as Caroline passed last night and is in Heaven with Cooper and our sweet Elaine,” said Lamb on Facebook.

Patten was driving near Elliot Road and Cole Drive in Gilbert, Arizona, just before 4 p.m. on Dec. 16 when her car was hit by a suspected DUI driver, according to KTVK. Patten was trying to make a left turn at the time of the crash. Lamb’s son, Cooper, and one-year-old granddaughter both died at the scene.

Gilbert Police Department said that the suspected DUI driver was Brian Torres, 21, according to KPNX. Torres was heading westbound when his truck T-boned Patten’s car.

According to KPNX, Torres was not injured in the crash and was arrested for possible impairment.

The investigation is ongoing. No further information has been released.

GILBERT, AZ — The son of Sheriff Mark Lamb and his grandchild were killed in a crash in Gilbert Friday, the Pinal County Sheriff’s Office confirmed to ABC15. 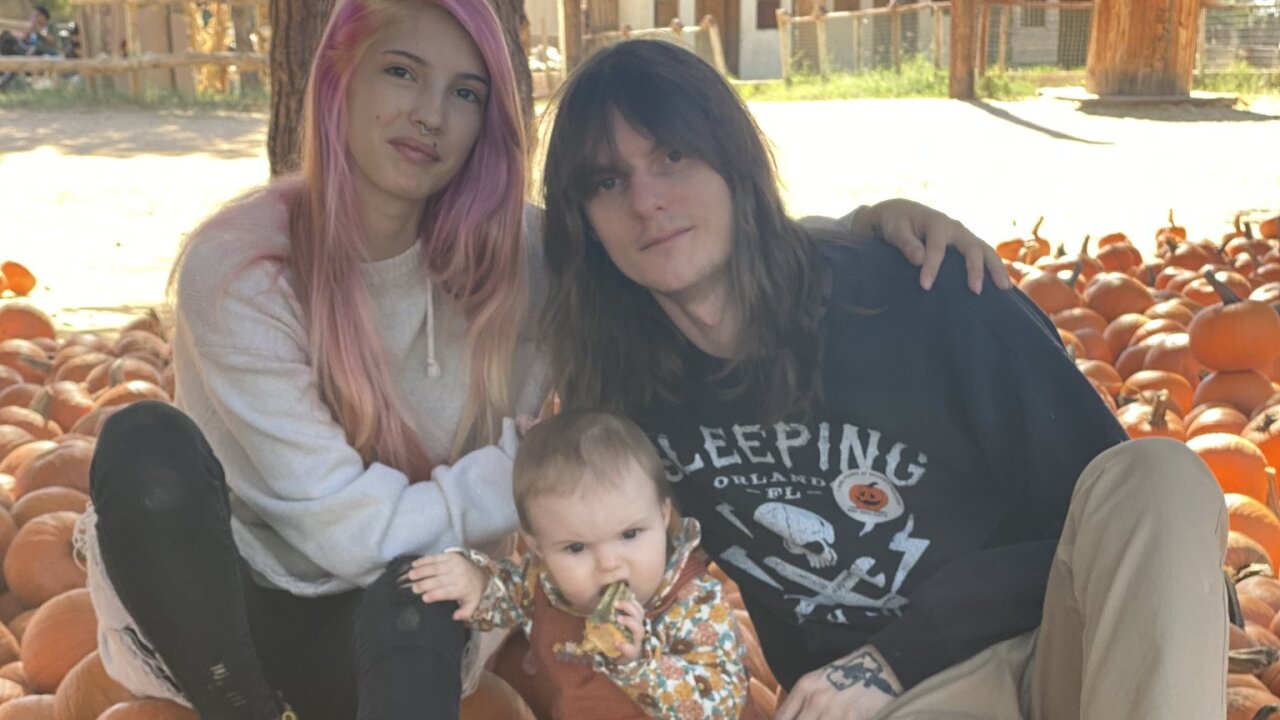 Video in the player above is original ABC15 coverage of the crash, prior to identification of those involved.

Cooper Lamb and his infant child were inside a passenger car that was turning left when a pickup truck hit the car.

Last night, Sheriff Lamb lost his son, Cooper Lamb, along with his one-year-old granddaughter in a crash in Gilbert. Cooper and his daughter were passengers in the vehicle. Cooper’s fiancé and mother of the child was also seriously injured. She remains in critical condition. pic.twitter.com/OrhRbSvQTu

“Please keep the families in your prayers and respect their privacy at this time,” the Pima County Sheriff’s Office tweeted.

“We are truly humbled and touched by the outpouring of love from our Family and Friends/Community. We cannot thank you enough. Our hearts are broken but we are comforted in your love and the love of God and Jesus Christ,” said Sheriff Lamb on Facebook. “We are praying for our precious Caroline who is still in critical condition. We would also like to express our gratitude for those citizens and first responders who rendered air to our son Cooper and our granddaughter. God Bless you all!”

The driver of the passenger car was taken to the hospital with life-threatening injuries.

Cooper was 22 years old, according to Gilbert police.

Police say the pickup driver was not hurt in the crash but was arrested on suspicion of impairment.

When ABC15 arrived at the scene near Recker and Elliot roads, it was apparent shockwaves were still flowing throughout the community.

Neighbors were really at a loss for words that something so tragic would happen during the holidays.

“Oh my gosh. The truck just slid in and I knew there was going to be accidents here,” Jason Vaught could be heard saying in a video his surveillance camera recorded. 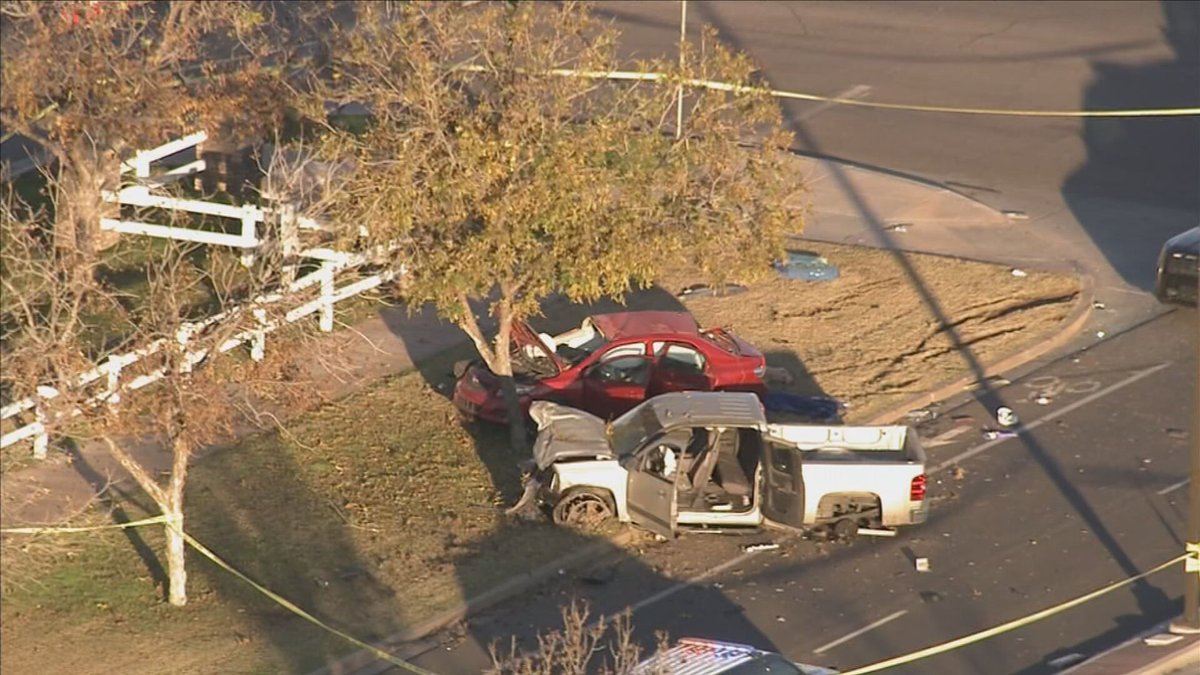 The crash happened near Elliot and Recker roads.(Arizona’s Family)

In the footage shared with ABC15, the Vaught family could be seen reacting to what they heard moments before this video was captured.

“I thought it was for sure a bookcase that fell over. It was just so loud and almost the whole block came out to see it. That’s how loud it was,” Vaught added.

Jason Vaught and his family could be seen running out to see a horrific crash.

While outside they noticed neighbors were already springing into action…

“I saw one of them doing mouth-to-mouth on the baby and the other one was doing compressions on the passenger,” Vaught told ABC15. “It’s just painful to watch. Especially because there were some people that lost their lives.”

My heart grieves for Sheriff Mark Lamb and his entire family. No parent should have to bury their grandchild or child. Please keep them in your thoughts and prayers. 🙏

“I am deeply shocked and saddened to learn of this devastating loss to Sheriff Lamb’s family. All of Arizona is sending our love, strength, and condolences to them in this unimaginable time.”

“This is heartbreaking. Something no parent should go through. My prayers go to Sheriff Lamb, his wife Janel and their family. May their loved ones rest in peace.”

Sending thoughts, love, and prayers to Sheriff Lamb and his family https://t.co/ypNEAzF3U2

My heart goes out to Sheriff Mark Lamb and his family at the loss of his son and granddaughter. I have held you and your family up in prayer since I learned of the tragedy and will continue to do so.

Tragic news. Our thoughts are with Sheriff Lamb and his family. https://t.co/OlS0BwI95g

My heart breaks when any family loses a loved one in Gilbert. In this case, I know Sheriff Lamb personally. My thoughts and prayers go out to the Sheriff and his family at this tragic time. https://t.co/5Ldeq0dtuZ