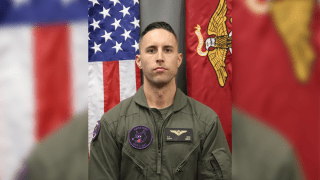 The son of former Major League Baseball player Steve Sax was one of five marines killed during an aircraft crash Wednesday in California.

“It is with complete devastation that I announce that my precious son, Johnny was on of the five (5) US Marines that perished on Wednesday, June 8, in the Osprey Military crash near San Diego,” Steve Sax said in a statement. “For those of you that knew Johnny, you saw his huge smile, bright light, his love for his family, the Marines, the joy of flying airplanes and defending our country! He was my hero and the best man I know, there was no better person to defend our country.”

According to the New York Post, the marines were based in Camp Pendleton and had been engaging in a live fire exercise in Glamis. The cause of the crash is under investigation.

We offer our deepest condolences to the families of the five Marines that died in a MV-22B Osprey mishap in Glamis, CA on June 8th, 2022. All five Marines were assigned to Marine Medium Tiltrotor Squadron 364.

“We mourn the loss of our Marines in this tragic mishap,” said Maj. Gen. Bradford J. Gering, the commanding general of 3rd Marine Aircraft Wing in a statement. “Our hearts go out to their families and friends as they copy with this tragedy.”

We ask for the public’s patience as we work diligently with first responders and the unit involved to identify what occurred this afternoon. (2/2)

Steve Sax played 14 seasons in MLB from 1981 to 1994, spending the first eight seasons of his career with the Los Angeles Dodgers. The five-time All-Star also played three seasons with the New York Yankees and had stints with the Chicago White Sox and Oakland Athletics.

The Los Angeles Dodgers are saddened to hear about the passing of Steve Sax’s son, John, and the five Marines who lost their lives in this week’s tragic helicopter accident. Our thoughts and condolences go out to their families and friends.

“There was never any doubt from a young age that Johnny would be a pilot and his passion was to fly!” Sax said in his statement. “I am so proud of the man he became and so proud to call him my son! This loss will change my life forever and is a loss to not only the Marines but this world!”