A Colleton County Grand Jury indicted Murdaugh, 63, for two counts of murder and two counts of possession of a weapon during the commission of a violent crime in connection to the June 7, 2021, deaths of his wife, Maggie, 52, and their son Paul, 22.

“All the efforts of our office and the law enforcement agencies involved in this investigation have been focused on seeking justice for the victims’ families,” Wilson said in a Thursday statement. “We want to thank the State Law Enforcement Division, the attorneys and staff in our office, and everyone who worked on this case for their tireless efforts to gather evidence and follow where it led. We also want to thank the Colleton County Grand Jury for listening to that evidence and for their service to the people of the state.”

The indictments allege that Murdaugh killed his son with a shotgun and his wife with a rifle near dog kennels on the family’s property in a rural area of the South Carolina Lowcountry.

Lawyer Alex Murdaugh faces two counts of murder and two counts of possession of a weapon during the commission of a violent crime in connection to the June 7, 2021, deaths of Murdaugh’s wife, Maggie, 52, and their son Paul, 22. (Mic Smith, File)

“Over the last 13 months, [State Law Enforcement Division] agents and our partners have worked day in and day out to build a case against the person responsible for the murders of Maggie and Paul and to exclude those who were not,” SLED Chief Mark Keel said in a Thursday statement. “At no point did agents lose focus on this investigation. From the beginning I have been clear, the priority was to ensure justice was served. Today is one more step in a long process for justice for Maggie and Paul.”

Last year, the high-profile lawyer was accused of embezzling millions from a prominent law firm founded by his great-grandfather. The complaint filed on Nov. 12, 2021, on behalf of Peters, Murdaugh, Parker, Eltzroth & Detrick, P.A., (PMPED) claims Murdaugh spent client and law firm money for his own personal use via a fraudulent Bank of America account without authorization.

On Nov. 19, 2021, Wilson announced charges against Mudaugh for his “alleged schemes to defraud victims and thereafter launder” more than $4.8 million. Those charges included four counts of breach of trust with fraudulent intent; seven counts of obtaining signature or property by false pretenses; seven counts of money laundering; eight counts of computer crimes; and one count of forgery.

Alex Murdaugh, right, is shown here with his family. His former law firm filed a lawsuit Wednesday accusing him of using fake bank accounts to steal money from the firm and clients.   (Fox News)

A Hampton County grand jury also indicted Murdaugh for an apparent suicide shooting attempt on counts of conspiracy, false claim or payment in the amount of $10,000 or more and filing a false police report.

The staged shooting was allegedly meant to allow his surviving son, Buster Murdaugh, to collect on a $10 million life insurance policy. 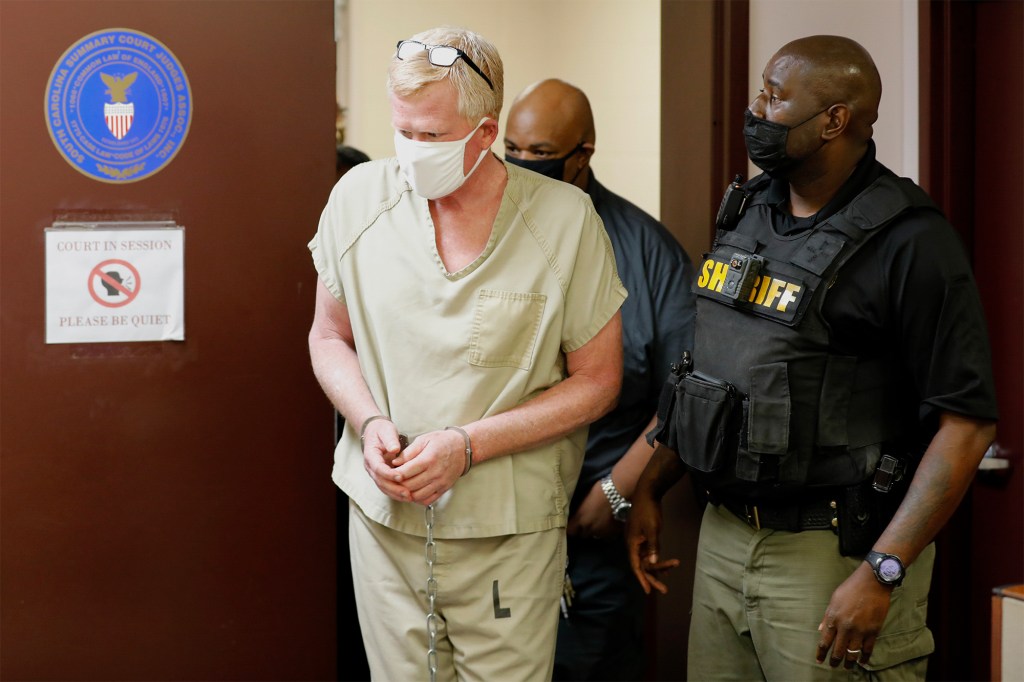 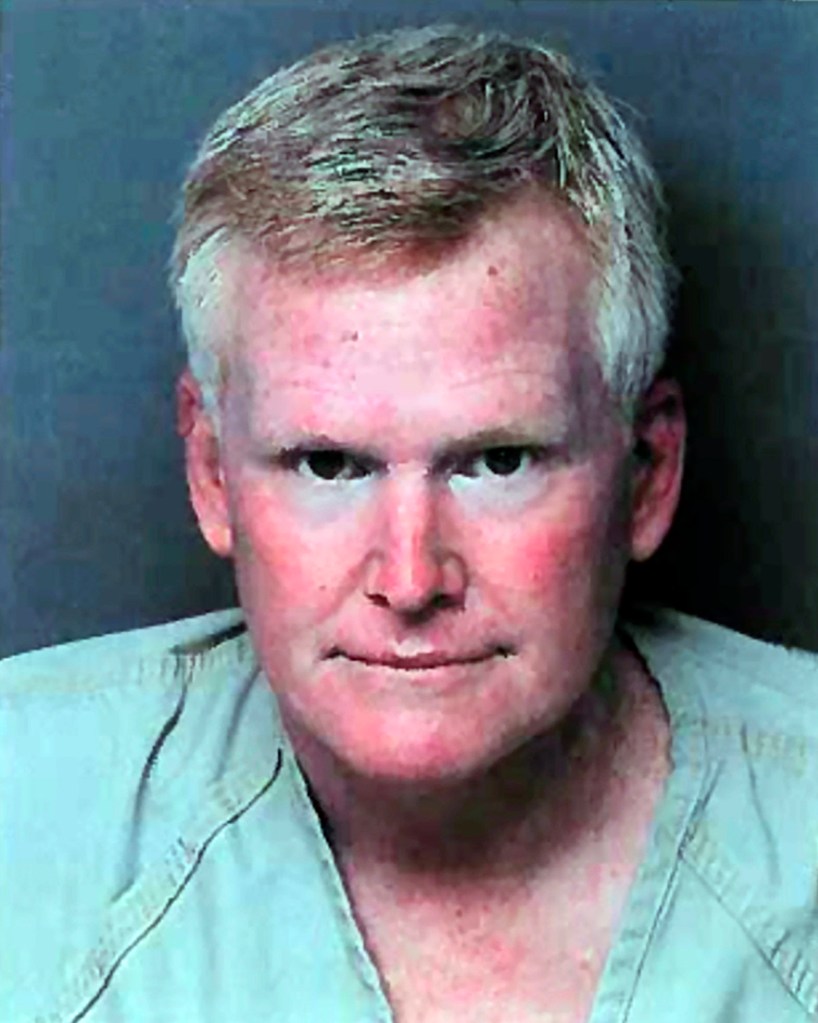 Alex Murdaugh also faces at least 71 charges that he stole $8.5 million from clients.Hampton County Detention Center via APMurdaugh allegedly admitted to hiring a hitman, Curtis Smith, to shoot him on the side of the road in Hampton County so that his son could collect life insurance. But Smith apparently missed, only grazing Murdaugh in the head, and a judge later released Murdaugh on his own recognizance, allowing him to travel back to out-of-state rehabilitation facilities to treat an alleged 20-year opioid addiction.

The former lawyer is also facing a slew of charges from the Colleton County Grand Jury in connection to the complicated series of events. State police have since opened a number of criminal investigations into Murdaugh, including related to the 2015 roadside death of 19-year-old Stephen Smith, who was once Buster’s classmate.