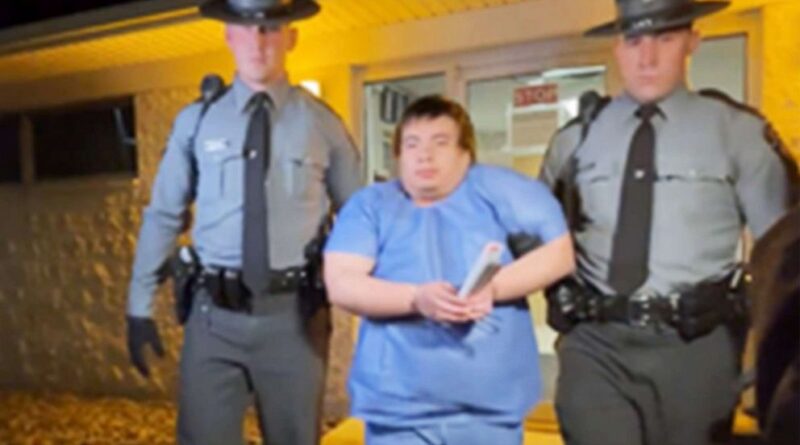 Adrian Oswaldo Sura Reyes is accused of driving into a crowd at a fire victims’ fundraiser then fleeing the scene and attacking his mother in a nearby area.

Two people were killed and 17 others were injured late Saturday after a man allegedly plowed his car into a crowded Pennsylvania fundraiser for fire victims then bludgeoned his mother.

State troopers said early Sunday that the man—Adrian Oswaldo Sura Reyes, 24—mowed down mourners then fled the area only to create another crime scene in a neighboring town, where officers took him into custody for “physically assaulting” a woman who was found dead at the scene.

The Press Enterprise reported that the woman was Sura Reyes’ mother. Sura Reyes argued with her before allegedly beating her to death, the local outlet reported.

Reyes was described as a “suspect in both incidents” that unfolded miles apart, according to WBRE.

The victims in the first incident had gathered at a local bar for a daylong benefit for the Nescopeck fire victims’ families when the crash allegedly occurred around 6:30 p.m. Last Friday, a huge fire at a home in Nescopeck killed 10 family members and 13 dogs.

Police would not say whether they believe Sura Reyes intentionally crashed into the crowd of mourners, killing one person. Columbia County Coroner Jeremy Reese told WBRE the victim was a 50-year-old woman.

As he was escorted by state police to an arraignment early Sunday, a shackled Sura Reyes only said “sorry,” according to reporters at the scene.

This is the man State Police say drove a car into the crowd of people at a fundraiser in Berwick for the victims of last Friday’s deadly fire in Nescopeck. He was later arrested at a home in Nescopeck where a woman was found dead. His name is being released shortly. pic.twitter.com/wgNk2gXgE8

Police did not release the identities of any victims.