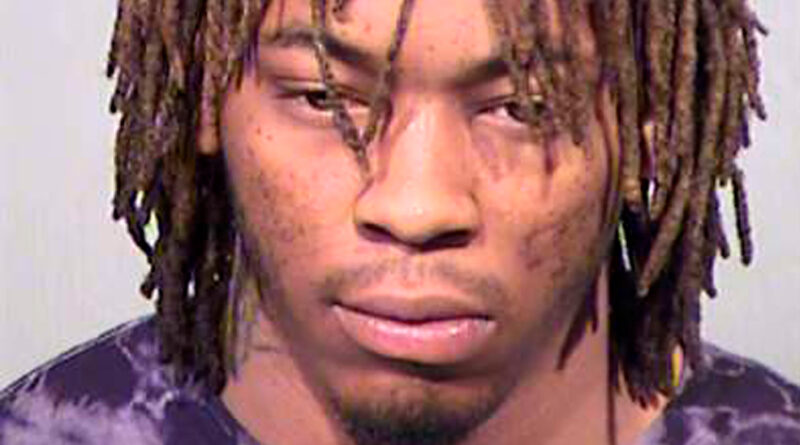 SACRAMENTO, Calif. (AP) — A second suspect arrested Tuesday in connection with the mass shooting that killed six people in Sacramento had posted a live Facebook video of himself brandishing a handgun hours before gunfire erupted, a law enforcement official told The Associated Press. 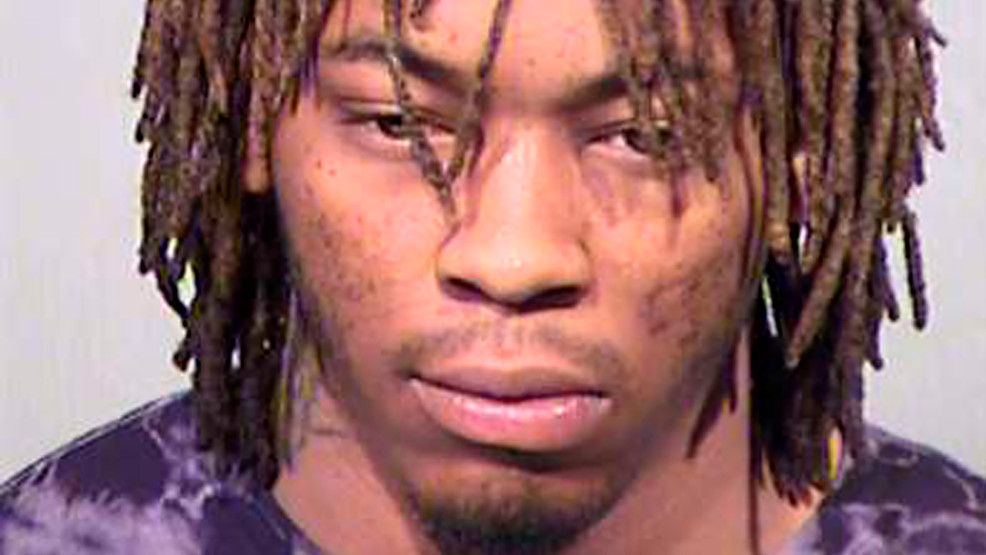 Smiley Martin, 27, who is the brother of the first suspect taken into custody, was arrested while hospitalized with serious injuries from the gunfire in California’s capital.

Authorities are trying to determine whether the weapon seen in the video was used in the shooting, said the official, who was briefed on the investigation but could not discuss details publicly and spoke to AP on condition of anonymity.

A year ago, prosecutors implored the state parole board not to release Martin early from a 10-year sentence, noting his prior convictions for possessing an assault weapon, stealing electronics from department stores and beating a girlfriend he encouraged to be a prostitute.

“Martin’s criminal conduct is violent and lengthy,” a Sacramento prosecutor wrote in a letter obtained by AP. “Martin has committed several felony violations and clearly has little regard for human life and the law.”

Investigators believe the brothers possessed stolen guns and are working to review financial documents, call records and social media messages to determine how and when they procured weapons, the official said. Authorities have searched several locations in connection with the shooting and the firearms investigation.

More than 100 shots were fired early Sunday near the state Capitol, creating a chaotic scene with hundreds of people trying desperately to get to safety. Martin was among the 12 people wounded. 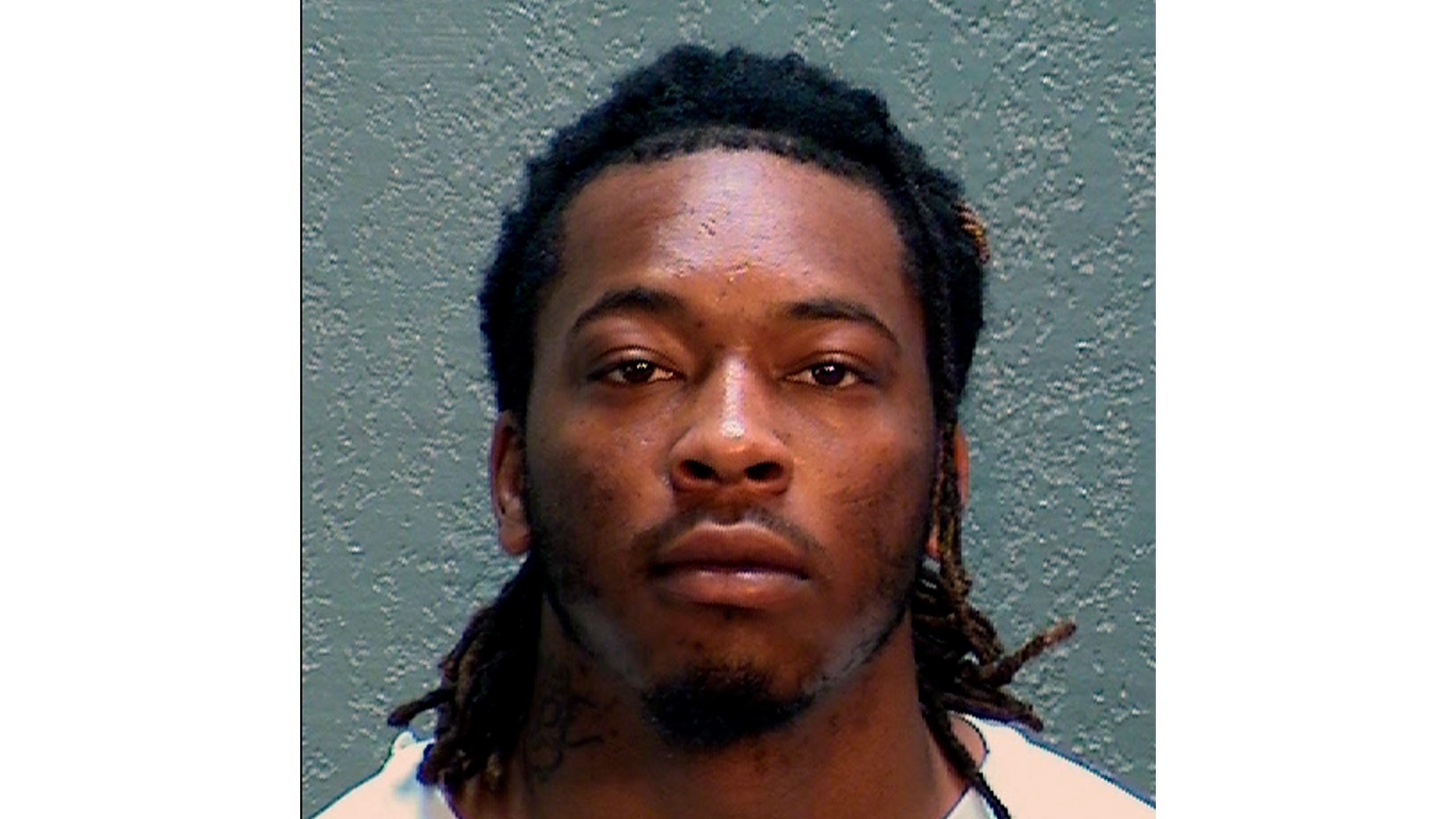 Police on Monday announced the arrest of his brother, Dandrae Martin, 26, as a “related suspect” on charges of assault with a deadly weapon and being a convict carrying a loaded gun. His first court appearance was set for Tuesday.

Smiley Martin will be booked for possession of a firearm by a prohibited person and possession of a machine gun when his condition improves enough for him to be jailed, a police statement said. A stolen handgun found at the crime scene had been converted to a weapon capable of automatic gunfire.

Smiley Martin was found at the crime scene and taken to a hospital, police said.

“Smiley Martin was quickly identified as a person of interest and has remained under the supervision of an officer at the hospital while his treatment continues,” the statement said.

The shooting happened at about 2 a.m. Sunday as bars were closing and patrons filled the streets.

Police were investigating whether the shooting was connected with a street fight that broke out just before gunfire erupted. Several people could be seen in videos scrapping on a street lined with an upscale hotel, nightclubs and bars when gunshots sent people scattering.

Safety at top of mind in downtown after mass shooting

Detectives also were trying to determine if a stolen handgun found at the crime scene was connected to the shooting, Police Chief Kathy Lester said. Witnesses answered her plea for help by providing more than 100 videos and photos of evidence.

District Attorney Anne Marie Schubert noted that Dandrae Martin was not arrested on suspicion of homicide, but suggested investigators were making progress.

“The investigation is highly complex involving many witnesses, videos of numerous types and significant physical evidence,” Schubert said in a statement. “This is an ongoing investigation and we anticipate more arrests in this case.”

Dandrae Martin, who was held without bail, was freed from an Arizona prison in 2020 after serving just over 1 1/2 years for violating probation in separate cases involving a felony conviction for aggravated assault in 2016 and a conviction on a marijuana charge in 2018. Court records show he pleaded guilty to punching, kicking and choking a woman in a hotel room when she refused to work for him as a prostitute.

It was not immediately clear Tuesday whether the Martins had attorneys who could speak on their behalf.

Four of those wounded suffered critical injuries, the Sacramento Fire Department has said. At least seven of the victims had been released from hospitals by Monday and two patients were still hospitalized at UC Davis Medical Center on Tuesday, according to spokesperson Tricia Tomiyoshi. She did not disclose their conditions.