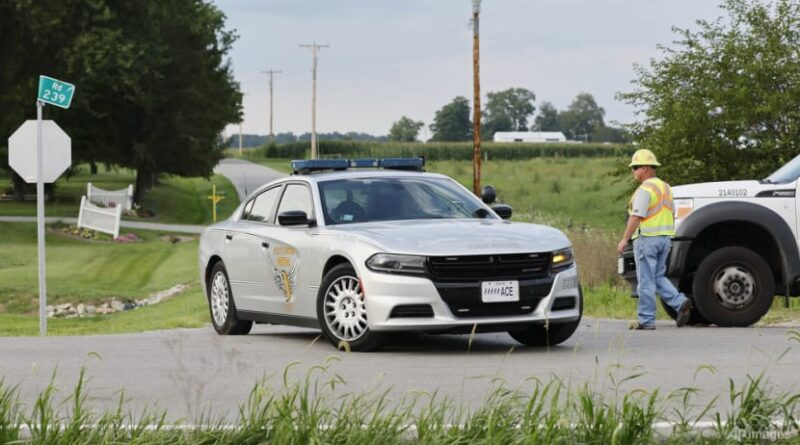 CLINTON COUNTY — UPDATE @ 7:21 p.m.: Ricky Shiffer has been identified as the suspect killed by law enforcement Thursday afternoon, ending an hourslong standoff with law enforcement that began after he tried to breach the FBI Field Office in Cincinnati earlier in the day.

CNN is reporting the suspect as Shiffer, basing their confirmation on three federal law enforcement sources, including one who said the FBI is investigating Shiffer’s social media presence and whether he had ties to right-wing extremism.

A separate federal law enforcement source tells CNN that authorities are looking into whether Shiffer had ties to any group that participated in the Jan. 6 attack on the U.S. Capitol or if he participated himself.

UPDATE @ 6:17 p.m.: The suspect in the standoff in Clinton County is dead, having been shot by law enforcement when he raised his weapon at officers who had used less-than-lethal tactics in an effort to apprehend him, said Lt. Nathan Dennis, a spokesman with the Ohio State Highway Patrol.

Lt. Dennis said the highway patrol is working to confirm the name of the suspect, who died at the scene of the standoff along Smith Road, near Van Tress Road, just north of I-71. No law enforcement officers were wounded in the killing of the suspect.

Negotiations to get the man to surrender failed, so law enforcement officers approached him to take him into custody, Lt. Dennis said. The suspect raised his firearm at officers, who fired on him at 3:42 p.m., killing him as he was crouched beside the white Ford Crown Victoria he had been driving in an effort to avoid capture after trying to breach the FBI Cincinnati Field Office hours earlier.

Lt. Dennis said several parts of the investigation remain under investigation, including how many shots were exchanged between the suspect and law enforcement at the start of the standoff on Smith Road; how many times the suspect was hit by the gunfire that killed him; and where he might have been headed when he sped away from a rest stop on northbound I-71 about 9:37 a.m. and headed toward Wilmington in Clinton County.

“Obviously, situations like today are unfortunate,” the lieutenant said. “This is just a reminder of just how quickly things in the community can turn into things like we saw today.”

All law enforcement operations have ended following an over six-hour standoff with a suspect accused of trying to breach an FBI office in Cincinnati, and being involved in a shootout with officers in Clinton County, according to the county’s EMA spokesperson.

“Advised that law enforcement operations and response has ended. Some operations will continue on-scene, so portions of Smith Road (near Van Tress) will remain closed. The Ohio Department of Transportation advised that SR 73 will reopen shortly,” the EMA spokesperson said in a social media post.

Clinton County EMA Director Thomas Breckel confirmed to News Center 7 the suspect was shot by law enforcement, however he was not able to elaborate on the suspect’s condition. Previously, state troopers said the suspect suffered “unknown injuries” after exchanging gunfire with officers.

Breckel added it was likely that the suspect was shot during the initial exchange of gunfire, however due to the dangerous situation medics did not go to check on the suspect’s injuries.

The pursuit ended on Smith Road in Clinton County, which is near state Route 73 and I-71. Officials previously said the suspect attempted to breach the FBI building, led state troopers on a pursuit that started in Warren County, and fired shots towards officers after the chase ended in Clinton County.

This is a developing story and we’ll continue to update this story as we learn more.

The Dayton Bomb Squad has been called to the scene as a standoff continues in Clinton County, Montgomery County Regional Dispatch confirmed.

I-71 traffic both northbound and southbound are now reopened, but State Route 73 is still closed between State Route 380 and Mitchell Road.

The suspect has not yet been taking into custody, but is contained.

News Center 7 is still on scene and we will continue updating this story as we learn more.

Shots were fired during a police investigation in Clinton County that’s prompted a lockdown of nearby homes and businesses and closure of I-71, according to a spokesperson for the Clinton County Emergency Management Agency.

The investigation centers around the area of Smith Road and I-71, located between Wilmington and Harveysburg. Clinton County dispatchers confirmed I-71 is shut-down in both directions near state Route 73, one of the exits to Wilmington.

People who live within a 1-mile radius of Smith Road and state Route 73 have been advised to lock their doors and windows due to the investigation, a spokesperson for the Clinton County Emergency Management Agency said in a social media post.

“Clinton Co EMA: Lockdown in effect (for) all buildings within a 1 mile radius of the Smith Road & Center Road intersection. Lock your doors & remain inside,” the EMA spokesperson said.

The EMA spokesperson added in a previous post the investigation involves an armed subject and shots were fired.

In an update posted to social media, the EMA spokesperson asked residents and businesses to “lock their doors and remain vigilant.”

“Law enforcement has traded shots with a male suspect who is wearing a gray shirt and body armor,” the EMA spokesperson said.

Our crew on scene reported seeing at least 30 cruisers, a wrecked white car and an armored truck near a cornfield near State Route 380. A helicopter has also been seen circling the area.

An FBI spokesperson confirmed just after noon that the FBI Cincinnati Field Office “had an armed subject attempt to breach the Visitor Screening Facility.”

“Upon the activation of an alarm and a response by armed FBI special agents, the subject fled northbound onto Interstate 71. The FBI, Ohio State Highway Patrol, and local law enforcement partners are on scene near Wilmington, OH trying to resolve this critical incident,” the spokesperson said.

The FBI notified the Ohio State Highway Patrol about the suspect and gave them a description of his vehicle.

OSP said troopers later spotted the suspect near the northbound I-71 rest area in Warren County around 9:37 a.m. and attempted a traffic stop. Once troopers got behind the vehicle, the suspect fled and a pursuit ensued.

While behind the vehicle, a suspected gun shot was fired from inside the suspect’s vehicle, OSP said. The pursuit continued on Interstate 71 until the suspect exited at state Route 73, traveling eastbound before turning onto Smith Road.

OSP says no law enforcement officers have been injured. The scene remains active at the time of this reporting.

Our crews are on the scene and we’ll update this story as we learn more.

Lockdowns in place, I-71 shut-down for active police investigation in Clinton County