Blaze is impacting chemical plant on Colonel’s Island outside of Brunswick, Georgia

Neighborhoods in southeastern Georgia were ordered to evacuate Monday as “multiple explosions” at a chemical plant on Colonel’s Island have led to a fire, police say.

The blaze is impacting the Symrise Chemical Plant outside of Brunswick, according to the Glynn County Sheriff’s Office.

“The plant has been evacuated, and multiple explosions have been reported,” the sheriff’s office said. “There is a multi-agency fire detail on scene with more en route.”

An image released by the Glynn County Sheriff’s Office shows massive plumes of smoke rising out of the facility. 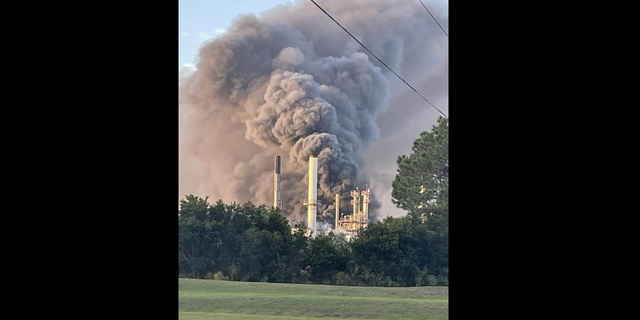 The cause of the reported explosions was not immediately clear.

Symrise, on its website, says it creates “inspiring fragrance, flavor, natural nutrition and cosmetic ingredients solutions” for brands around the world.

In a statement provided to Fox News Digital, the company said “Given first estimates, no one got injured and there is no danger to employees or residents. Local fire brigades and police fully control the situation on site.” 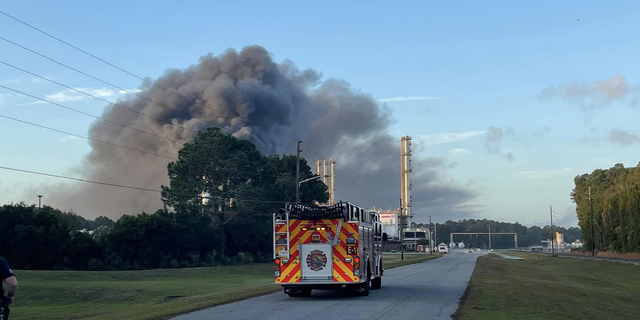 First responders race toward the Symrise Chemical plant on Colonel’s Island in Georgia on Nov. 7. (Glynn County Board of Commissioners)

“The fire occurred during the regular production hours for the manufacture of fragrance ingredients,” the statement added. “Currently Symrise has no reason to believe that the fire will cause additional health hazards to the local community.”

The Glynn County Board of Commissioners later said one firefighter suffered minor injuries and that the blaze is “contained” and “will burn out.”

The Hickory Bluff, Satilla Shores and Royal Oaks neighborhoods were being evacuated, the board added.