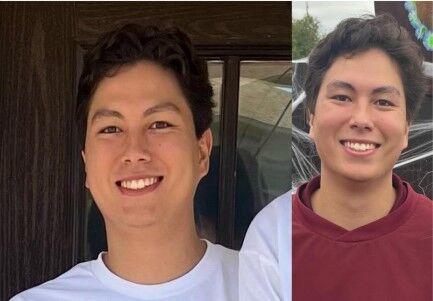 AUSTIN (CBSDFW.COM) — A Texas A&M student who went missing just over a week ago has been found dead in Austin, a spokesperson for his family announced on social media Saturday.

According to police, Tanner Hoang, 22, of Flower Mound, was found deceased near the Pennybacker Bridge on Loop 360. The cause of death has not been released, but police do not suspect foul play. 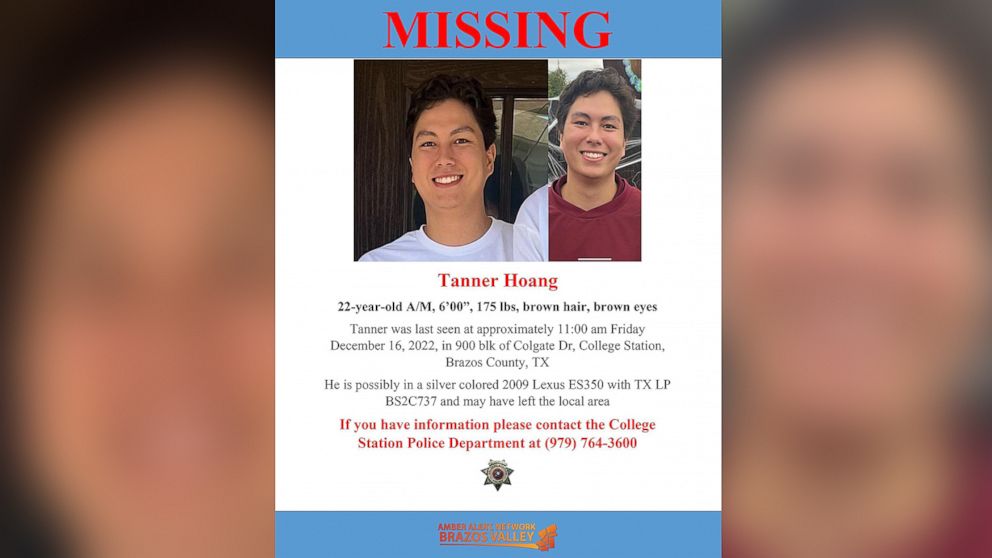 Tanner’s family said on social media that they were in town to watch him graduate. After he went missing, however, they learned he had fallen short of the requirements to graduate. Texas A&M confirmed he was not part of the ceremonies.

His father said that he had texted Tanner at 8:30 a.m. and that the message was marked as “read” before Tanner’s phone turned off.

Tanner used his debit card to pay for gas at a station in Caldwell, but all signs of him vanished until last week when his car was found abandoned in Austin near the hiking trail leading to the Pennybacker Bridge Overlook at Highway 360 and the Colorado River.

The Hoang family said through a spokesperson that they were touched by the outpouring of support from the community and by how many people volunteered their time to help search for him.

“This is not the outcome that we have all been praying for, but on this Christmas Eve, Tanner is now in the arms of his Savior, King, Prince of Peace, Joy, and Healer,” the spokesperson wrote on Facebook. “They feel God’s love for them through the overwhelming outpouring of support. They know Tanner was loved by so many.”

So sad to state that Tanner’s family reports that he was found deceased today in Austin not far from where his vehicle was recovered. Certainly not the outcome so many people had hoped for. Please keep Tanner’s family in your prayers during this difficult time. https://t.co/GPkPWnl1kj

“Please continue to lift their family up in prayer.”