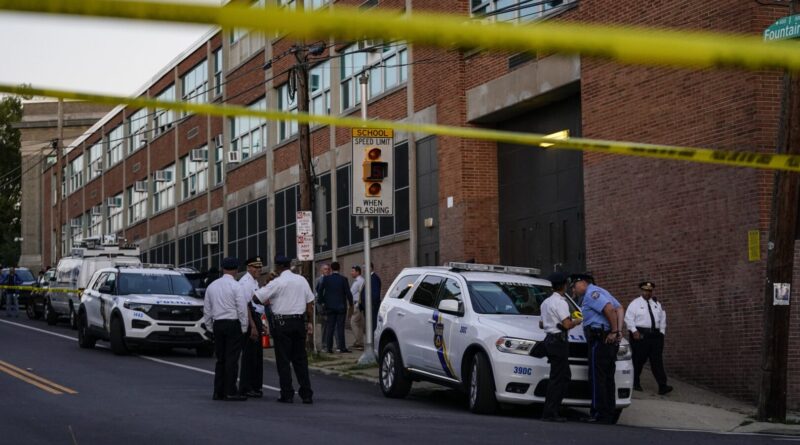 Players were walking off the field behind Roxborough High School after a scrimmage involving three schools when at least two people opened fire. 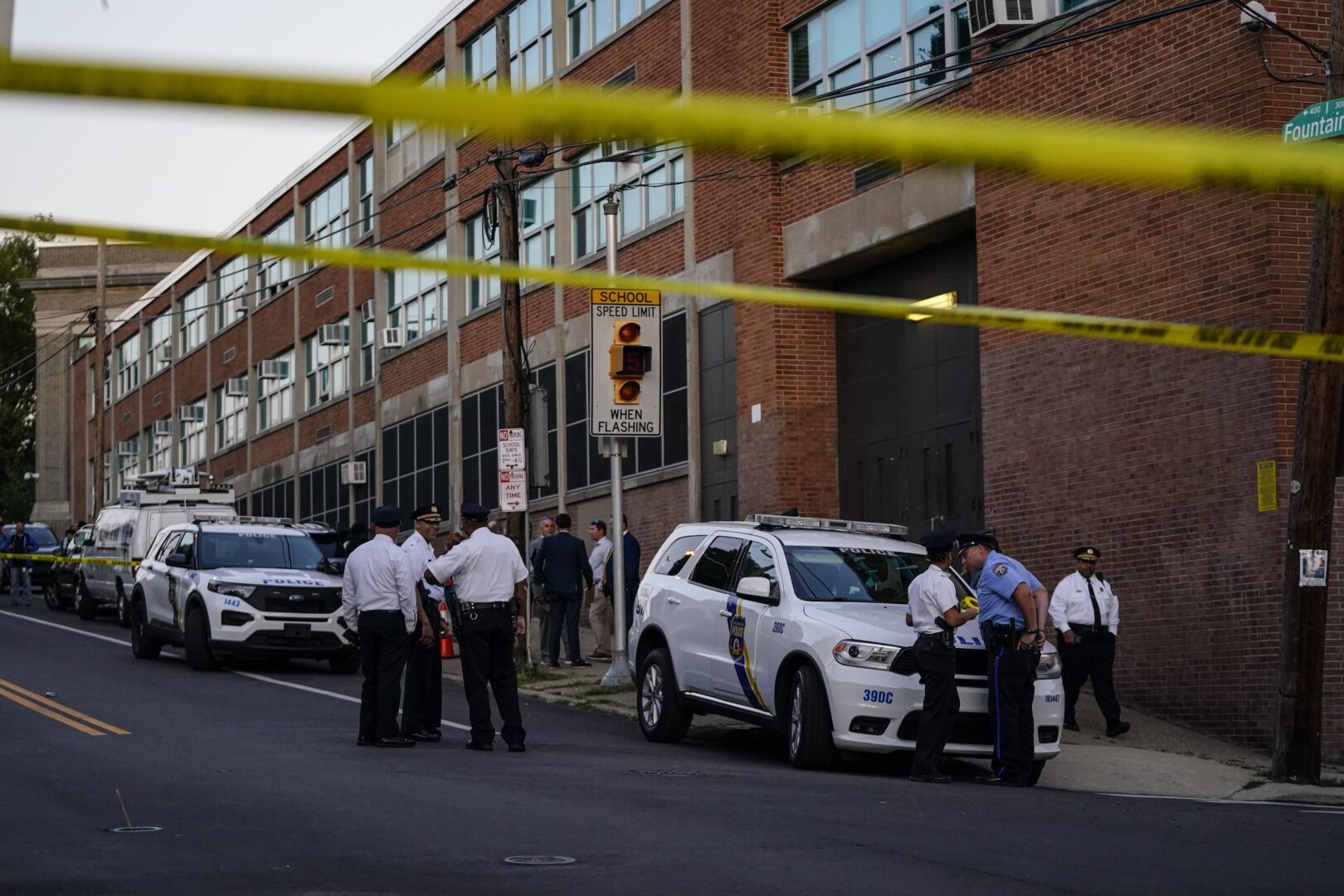 Investigators work the scene where multiple people were shot near a high school in Philadelphia, Tuesday, Sept. 27, 2022.

A 14-year-old youth was killed and four other students wounded in a shooting near a northwest Philadelphia high school athletic field after a football scrimmage, authorities said.

Police said players were walking off the field behind Roxborough High School after a scrimmage involving three schools when at least two people opened fire shortly after 4:30 p.m. Tuesday before fleeing on foot.

Deputy Police Commissioner John Stanford told reporters that the players were walking away from a scrimmage involving Roxborough High School, Northeast High School and Boys Latin Charter School that had just concluded when the gunfire began.

He said the boys were targeted while doing “one of the things that we encourage our kids to do,” and one family’s son “won’t make it home today.”

No arrests were immediately reported. Stanford said police would be pulling images from multiple surveillance cameras in the area. He said investigators would also be looking at social media and gathering information to see whether the shooting may have stemmed from something that occurred earlier in the day. 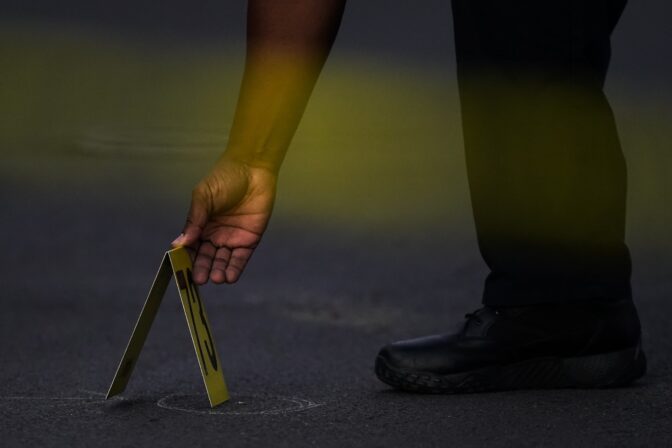 A police officer places an evidence marker at the scene where multiple people were shot near a high school in Philadelphia, Tuesday, Sept. 27, 2022.

School officials said they would have a trauma support team to assist students and staff.

“Schools used to be a safe place … and to see that now our young people can’t even come in a scrimmage game and be shot — it’s totally unacceptable,” said Kevin Bethel, head of school safety for the Philadelphia School District.

“That was a cowardly act today — to come out and ambush people coming off the ballfield. That makes you tough? I think not,” he said.

“I’m shocked — frankly, I’m a little shaken,” Krasner said. “This is horrifying, what is happening out here. I feel for obviously all the families, all the students — I can’t even look at the principal, imagining what she’s going through. … Schools are supposed to be the answer. We keep kids in schools so they don’t get involved in the shooting.”

The shooting occurred hours after Mayor Jim Kenney signed an executive order banning guns and deadly weapons from the city’s indoor and outdoor recreation spaces including parks, basketball courts and pools. The order is the latest attempt by city officials to regulate guns inside city limits, something made difficult by Pennsylvania’s preemption law that bars municipalities from enacting or enforcing their own stricter gun regulations.