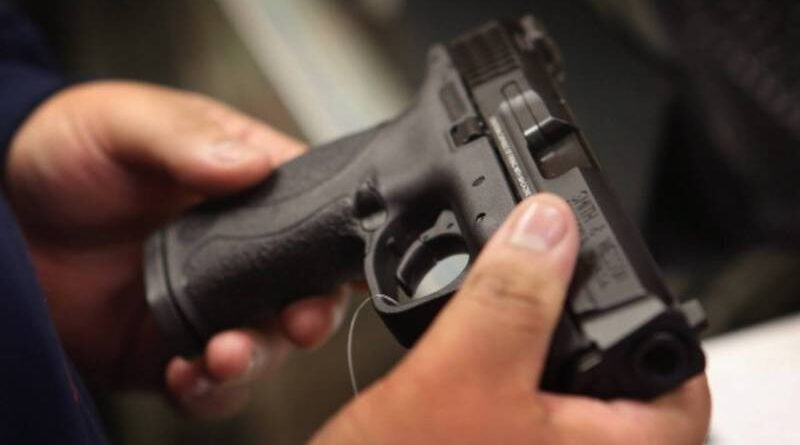 DESOTO, Texas — A Texas man is accused of fatally shooting a security guard at a suburban Dallas bar on Friday night, authorities said.

Toussel Kuhn, 48, of Savannah, was arrested and charged with murder, according to The Dallas Morning News. He is accused of shooting Derek Phillips, 47, of Arlington, the newspaper reported.

Police were called to the Brickhouse Lounge in DeSoto at about 10 p.m. CDT and discovered that Phillips had been shot multiple times, KFDW-TV reported.

The security guard was taken to an area hospital, where he later died from his injuries, according to the television station.

Police said that according to surveillance video and witness interviews, Kuhn had been arguing with Phillips over lounge rules, KXAS-TV reported. The argument escalated and Kuhn allegedly shot the guard, according to the television station.

Kuhn was wounded by a bystander before he fled the scene in a vehicle, the Morning News reported. He drove south before crashing in nearby Glenn Heights, according to police.

Police in Glenn Heights took Kuhn into custody after determining he was a suspect in the lounge shooting, the newspaper reported. He was taken to an area hospital for treatment and later was booked into the Dallas County Jail.

Glenn Heights police responded to the crash and took Kuhn into custody after determining he was wanted in the shooting. He was taken to a hospital for treatment before being booked into jail, police said.

It is unclear whether Kuhn has an attorney, the Morning News reported. Bail has not been set.