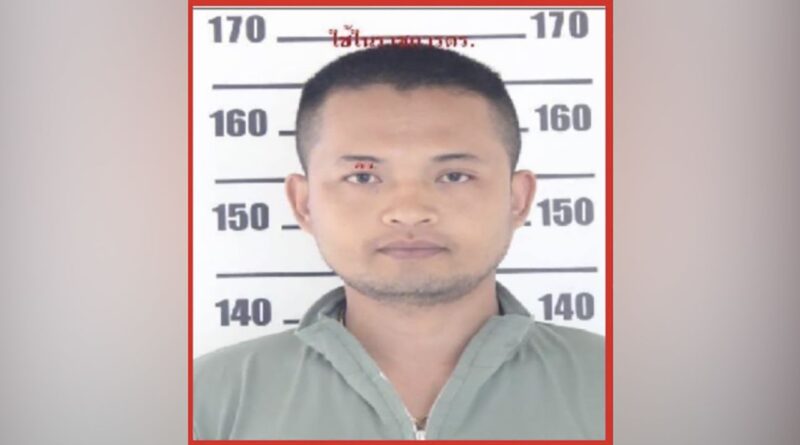 BANGKOK, Oct 6 (Reuters) – Thirty-four people were killed in Thailand on Thursday in a mass shooting at a day-care centre by a former policeman who killed his wife and child before shooting himself dead, police said.

Police issued this image of the man they wanted in connection with the shooting.

There were 22 children among the victims of the suspected gunman, who police said had been discharged from the service for drug-related reasons. About 30 children were at the centre when the gunman came in around lunchtime, district official Jidapa Boonsom told Reuters.

The man first shot four or five staff, including a teacher who was eight months pregnant, Jidapa said.

“At first people thought it was fireworks,” she added.

Videos posted on social media showed sheets covering what appeared to be the bodies of children lying in pools of blood at the centre in the town of Uthai Sawan in the northeastern province of Nong Bua Lamphu. 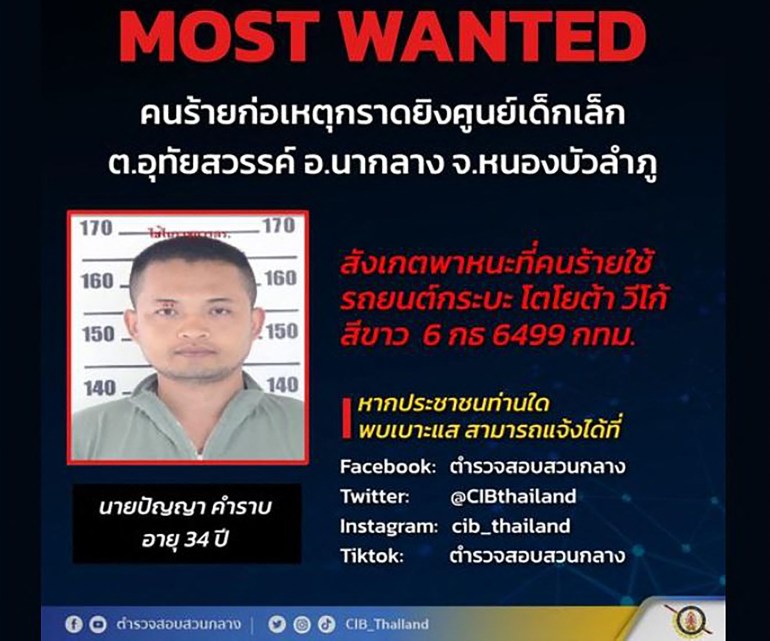 Reuters could not immediately authenticate the footage.

Earlier, police said a manhunt was under way for the shooter, and a government spokesman said the prime minister had alerted all agencies to catch the culprit.

Mass shootings are rare in Thailand, even though the rate of gun ownership is high compared with some other countries in the region, and illegal weapons are common.

In 2020, a soldier angry over a property deal gone sour killed at least 29 people and wounded 57 in a rampage that spanned four locations.