The bodies of Ethan Chapin, 20, Madison Mogen, 21, Xana Kernodle, 20, and Kaylee GonCalves, 21, were found dead in an apartment near the campus of the University of Idaho on Sunday An Idaho coroner has revealed the cause of death for four University of Idaho students who were killed earlier this week.

All four victims were stabbed to death, Latah County Coroner Catherine Mabbutt confirmed in a release shared by the Moscow Police Department on Facebook Thursday.

Their deaths were all ruled officially homicides.

Mabbutt did not immediately respond to PEOPLE’s request for comment.

She told NBC News that authorities suspect a large knife was used.

Mabbutt, who was worked as a coroner for 16 years, also told the outlet that their wounds “were pretty extensive” and the crime scene was unlike anything she’d experienced before.

“We have had multiple murders in the past, but nothing like this with four college students,” she said.

Toxicology results for the victims are still pending. “At this point, the investigators are looking at all possibilities. They don’t have a specific suspect,” he said. “We’re really hoping for any information from the public to help recreate everyone’s activities.”

One neighbor said, according to NBC News, that Mogen, Goncalves and Kernodle lived in the home and Chapin and Kernodle were dating. Authorities also said that they had two other roommates who police believe were at home but were not hurt during the killings. Thompson said they are not suspects.

Mabbutt had previously determined the incident was not a murder-suicide, according to Fox News. 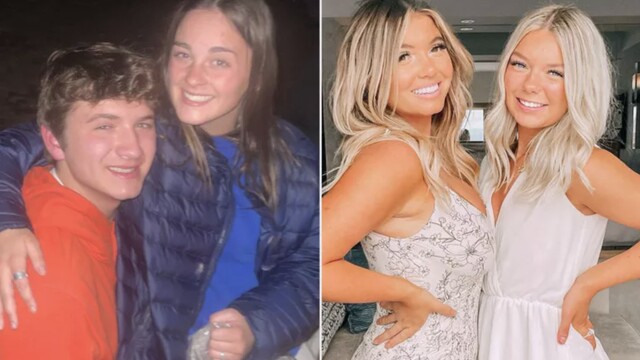 In a press release on Tuesday, authorities confirmed that no weapons have been found, but “based on preliminary information, investigators believe that an edged weapon such as a knife was used” in the killings.

Moscow Mayor Art Bettge told Fox News that the crime occurred around 3 or 4 in the morning on Sunday, but was reported to police around noon.

He confirmed that the reason behind the killings was still being investigated, but said it could have been a “burglary gone wrong” or a “crime of passion,” Fox News reports.

“It’s one of any of a plenitude of possibilities, including burglary gone wrong, robbery gone wrong … Any of those is a possibility and not one to the exclusion of others,” Bettge said, Fox News reports.

“It is impossible to understand the senselessness of events like this, and we all are seeking answers that are not yet available,” Bettge said in a statement.

During a Wednesday press conference, Moscow Police Chief James Fry said, “We do not have a suspect at this time, and that individual is still out there. We cannot say there is no threat to the community.”

He stressed that the community should “remain vigilant.”