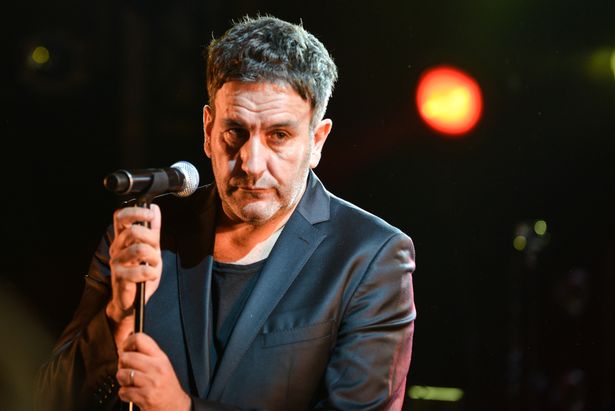 The Specials singer Terry Hall has died at the age of 63, the band have announced.

The group shared the news via their official Twitter page tonight. The first of a string of tweets reads: “It is with great sadness that we announce the passing, following a brief illness, of Terry, our beautiful friend, brother and one of the most brilliant singers, songwriters and lyricists this country has ever produced.”

“Terry was a wonderful husband and father and one of the kindest, funniest, and most genuine of souls. His music and his performances encapsulated the very essence of life… the joy, the pain, the humour, the fight for justice, but mostly the love.”

The band continued to say: “He will be deeply missed by all who knew and loved him and leaves behind the gift of his remarkable music and profound humanity.

The Specials paid tribute to bandmate Terry Hall as they announced his death this evening ( Image: Redferns via Getty Images)

“Terry often left the stage at the end of The Specials’ life-affirming shows with three words…’Love Love Love’.”

The last of four tweets concluded with: “We would ask that everyone respect the family’s privacy at this very sad time.”

Tributes have been pouring in for the late singer (Image: Redferns)

The late musician left The Specials in 1981 to form Fun Boy Three with fellow-bandmates Neville Staples and Lynval Golding, bagging another string of hits.

As the news of his death broke this evening, fans and celebrities rushed to pay tribute to the late singer.

The Farm frontman Keith Mullin wrote: “Devastating news, so sad, first records I bought, still have them now, much love, respect and condolences to family and friends. RIP Terry.”

Former Deputy Leader of the Labour Party Tom Watson shared the announcement from The Specials and added: “The greatest [heart emojis].”

The Specials embarked on a 2009 tour to celebrate their 30th anniversary and in 2018 supported The Rolling Stones during a concert at Coventry’s Ricoh Arena.

Terry performing with The Specials in Birmingham in May 2017 ( Image: WireImage)

Musicians shared their memories of the late singer online this evening ( Image: Redferns)

In February 2019, they released Encore, their first album of new material in 37 years.

Upon release, the album went straight to number one on the Official UK Album Chart, marking their first number one album, and the first time they had topped the charts since their classic track Ghost Town in 1981 and since their single Too Much Too Young became a number one in 1980.

The album’s lead single, the politically-themed Vote For Me, was considered by some fans as a follow-on from Ghost Town, which was hailed as a piece of popular social commentary having been released during the riots across England in 1981.

Hall told The Big Issue magazine in 2019: “I find myself in awe of the mess, nightly listening to politicians giving their opinion and thinking, I don’t necessarily trust any of you, really.

“It is pretty sad. I grew up aligned to a party, the Labour Party, quite strongly. Until Tony Blair made Noel Gallagher prime minister I knew exactly where I stood.”

The Specials were formed in Terry’s home city of Coventry in 1977, by Jerry Dammers, Lynval Golding and Horace Panter – with Hall, Neville Staple, Roddy Byers and John Bradbury joining a year later.

Terry performing live on stage at the Shepherd’s Bush Empire in London in May 1995 (Image: Getty Images)

“And a gorgeous, kind, down to earth man. I’ll miss his music, his United post match honesty, his messages. Terry Hall Forever.”

“Have always been a fan. So many songs of Terry Hall that I’ve loved throughout my life. Specials. Fun Boy Three. Colourfield.”

Channel 4 News presenter Krishnan Guru-Murthy added: “Such sad sad news. RIP Terry Hall and thanks for all the brilliance.”

The Specials made a name with their ska and rocksteady style, and for providing a musical backdrop to economic recession, urban decay and societal fracture in the early 1980s.