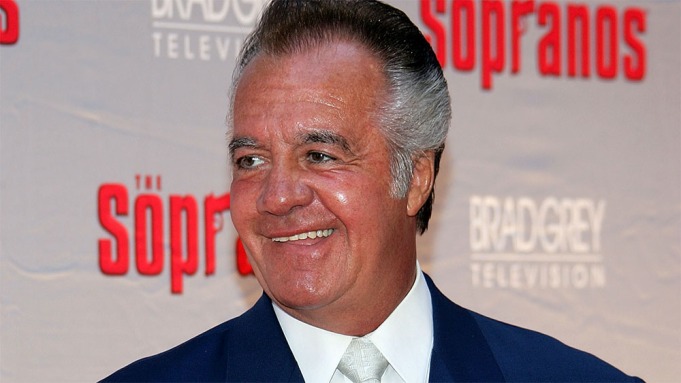 Before Gennaro Anthony “Tony” Sirico brought the fictional character Paulie Walnuts from “The Sopranos” series to life, he was a rough and tough New Yorker who had a criminal past with a soft heart for his little Italian neighborhood.

“I’d take this place over Beverly Hills any day,” Sirico told a Los Angeles Times reporter in 1990, as the two were cruising through the Bensonhurst borough of Brooklyn. “It’s a good Italian neighborhood. You’re part of something here.”

And Sirico’s early rap sheet reflected the character he later portrayed on screen.

“I was a pistol-packing guy. The first time I went away to prison, they searched me to see if I had a gun — and I had three of ‘em on me. They’d ask why I was carrying and I’d say I live in a bad neighborhood. It was true. In our neighborhood, if you weren’t carrying a gun, it was like you were the rabbit during rabbit-hunting season.”

In the interview, the Brooklyn-born actor shared details of his early childhood with Times’ reporter Patrick Goldstein and explained that every young guy in the neighborhood idolized being tough — and often had to prove it.

“Where I grew up, every guy was trying to prove himself. You either had to have a tattoo or a bullet hole,” he said. “I had both,” he added.

Sirico was arrested over two dozen times, including an arrest when he was as young as 7 years old after he stole nickels from a newsstand.

“After all the times I was pinched, I knew every judge in town,” Sirico told the newspaper. “I was a tough kid. I always had that itch in my britches to find out who I was. I tested my (courage) every night.”

“I got 28 arrests and only two convictions, so you gotta admit I have a pretty good acting record,” Sircio said, before noting his run-ins with law enforcement officers and the courts gave him first-hand knowledge of the judicial system.

“I watched ‘em and I thought, ‘I can do that.’ I knew I wasn’t bad looking. And I knew I had the (guts) to stand up and (bull) people. You get a lot of practice in prison. I used to stand up in front of these cold-blooded murderers and kidnapers and make ‘em laugh.”

A series of arrests came at a turning point in Sirico’s life, when he fell for a girl.

Sirico, in his 20s and already married with children, fell “madly in love” and he did what it took to impress the gal.

“I mean wrecked. I forgot I had a wife. A pregnant wife. I forgot I had kids. All I could see was this girl’s face. And what a face,” he remembered aloud, during the Times interview.

“I was very unstable. I wasn’t thinking right. So I hooked up with these guys and all of a sudden I’m a stick-up artist. I stuck up every nightclub in New York,” he said.

But that determined ruggedness often resulted in an arrest.

“I deserved the punishment I went through. For what I did–and for leaving my wife–I deserved more than that,” Sircio admitted. He said, however, the punishment ultimately served its purpose and he changed his life around: “But finally I got her out of my head. I just woke up and wasn’t thinking about her anymore.”

Tradition and respect were also big for Sirico — and were hallmarks of the Sopranos family.

During the 1990 interview, Goldstein asked to take a photo of a quaint Italian bistro but the Italian star strongly advised him not to do that because they did not have permission.

“Oooh, I don’t know about that!” Sirico pushed back during the interview. “Very important people hang out there. The most important people. You have to ask permission to take pictures.”

“If you don’t, they’ll eat your cameras,” he added.

“It’s very Sicilian here,” the Italian star continued. “Very Sicilian, but I know the owner. Maybe he’ll let us take pictures outside. Let me ask first. You gotta show respect. It means a lot around here.”

The menace-turned-celebrity later starred in over 27 movies, television shows, a Coke commercial and made a number of magazine appearances. and was ultimately proud of what he became.

“I feel good about what I’ve accomplished. I came from another world — and now I’m an actor. Not a big-shot star, but a legitimate actor,” he told Goldstein.

Sirico passed away in Fort Lauderdale, Florida on Friday, July 8 at 79.

“It is with great sadness, but with incredible pride, love and a whole lot of fond memories, that the family of Gennaro Anthony ‘Tony’ Sirico wishes to inform you of his death on the morning of July 8, 2022,” a statement the family shared with Fox News Digital began.

“The family is deeply grateful for the many expressions of love, prayer and condolences and requests that the public respect its privacy in this time of bereavement.”

Sirico is survived by his two children, Richard Sirico and Joanne Sirico Bello and several other extended relatives.