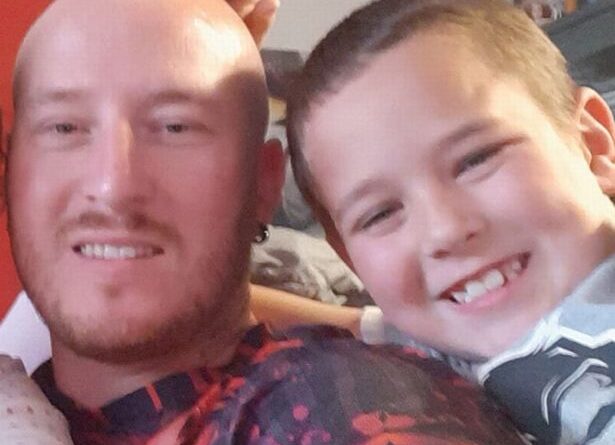 10-year-old Jack Johnson bravely went to the aid of the other children who were struggling in the icy waters of Babbs Mill Park in Solihull, West Midlands, on Sunday

The family of a “heroic” 10-year-old revealed he died trying to save other children from drowning in ice-cold water after he heard their screams.

Relatives said Jack Johnson bravely went to the aid of the other children who were struggling the the icy waters of Babbs Mill Park in Solihull, West Midlands. on Sunday.

Another victim was named locally in floral tributes as 11-year-old Thomas. The name of the third boy has not yet been made public.

A fourth child, six, remains in a critical condition at Birmingham Children’s Hospital.

Jack’s aunt Charlotte McIlmurray revealed how he ignored his own safety to bravely try to rescue the other kids, understood to all be members of the same family.

She posted on Facebook: “The 10-year-old boy is my nephew. He seen one go through the ice an he ran an tried to save them.

“Our prayers and thoughts are with the other family. We are just broken over it.

Flowers have been left near the scene (Image: Getty Images)

“To find out he died trying to save three lads he didn’t even know, that just sums him up. He was amazing.”

Jack’s horrified family members raced to the scene as the rescue operation was taking place.

Dozens of floral tributes were left next to the lake in Kingshurst, Solihull, by grieving relatives and friends.

10-year-old Jack Johnson who died after plunging into a frozen lake in Solihull (Image: Facebook)

They included a moving note from a classmate of the 11-year-old victim, named locally as Thomas.

It read: “To my friend Thomas. Thanks for being there for me when I was sad. Thanks for lending me your jacket when I was cold. You were like a brother to me. I miss you so much.”

Friends said Thomas was a pupil at the Park Hall Academy in Castle Bromwich, Birmingham.

Thomas was the first boy to be pulled out of the water.

Local resident Katie O’Driscoll, 32, said: “He was 11 and the first to be pulled from the lake but he has passed away.

“I heard that the others went in to try and rescue him. It’s really hard to imagine what those parents are going through.”

Jack is understood to have been a pupil at St Anthony’s Roman Catholic Primary School. It was closed yesterday.

Marcus Brain, chair of the school’s board of governors, said: “One of our children has passed away.

“I’ve spoken to the family. The staff are absolutely devastated. The lad was a lovely boy. Everyone is in bits. We’re all in shock.”

Several relatives of the dead boys visited the lake today but were too upset to talk.

Jack’s dad Kirk Johnson and mum Kerry McIlmurray were being comforted by relatives.

One family member posted on Facebook: “Life really can get taken away at any moment. Hug your little and loved ones that extra bit tighter tonight. Absolutely devastated for my family.”

Thomas was the first boy to be pulled out of the water, rescuers pictured (Image: Getty Images)

Another relative posted: “Seriously, no-one knows when it’s the last time you will see someone. Life’s too short, real short.”

And another family member wrote: “Heartbroken. Time to stick together as a family now.”

Local resident Dan Hall said a young sister of one of the boys witnessed the tragedy and other relatives tried to help.

The shocked 38-year-old raced to the scene after hearing a commotion from his nearby home.

He told the Mirror: “On the way down to the lake I met a teenage girl on a bike who said that some kids had got into trouble on the ice. She was a relative. She’d come down to help and met up with a younger girl who was hysterical saying, ‘My brother, my brother’.

Local Dan Hall said a young sister of one of the boys witnessed the tragedy, police pictured at the scene (Image: PA)

“The teenage girl was trying to comfort her younger cousin and saying it was going to be alright. But she had only just arrived and the younger girl had seen what had happened.

“They must have been in the water for 15 minutes. It was a further 20 minutes before they were being brought up on stretchers. You looked at what was happening and knew deep down that they were struggle to make it. I saw one child who was clearly dead.

“It was just harrowing. Some people were very brave and the emergency services were amazing. They were wheeling them up and they were still pumping the kids on the stretchers.”