JACKSON, Miss. (WLBT) – Hinds County Sheriff Tyree Jones says two people were injured and transported to the University of Mississippi Medical Center after being shot at the I-55 North Kroger Sunday night. 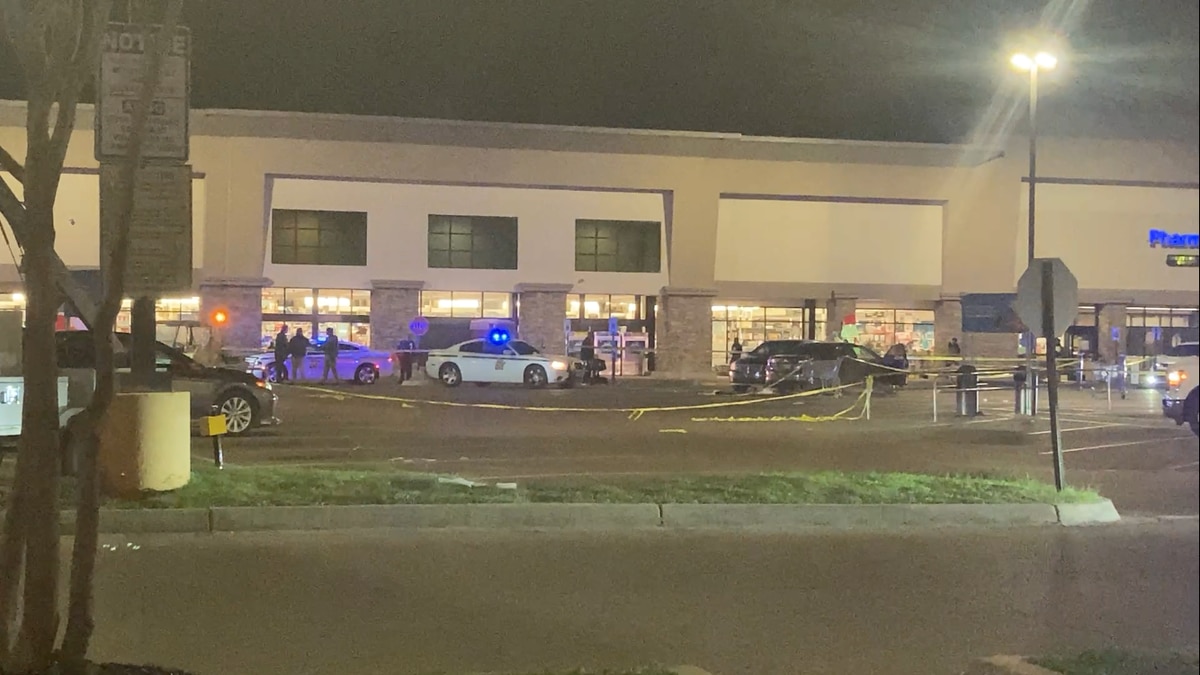 Deputies responded to a shooting at the Kroger at I-55 North in Jackson.(WLBT)

Meanwhile, a suspect is still on the loose.

Jones said the suspect “fled on foot and possibly left in a dark SUV. Investigation is ongoing and more information to come.”

A large portion of the store’s parking lot had been blocked off with yellow crime tape. Two vehicles were located in the crime scene, with shattered glass on the ground.

HCSO Deputies are on scene investigating a shooting at Kroger parking lot on I-55N. Two injured and transported to UMMC for medical treatment. Suspect is described as a BM that fled on foot and possibly left in a dark SUV. Investigation is ongoing and more information to come.