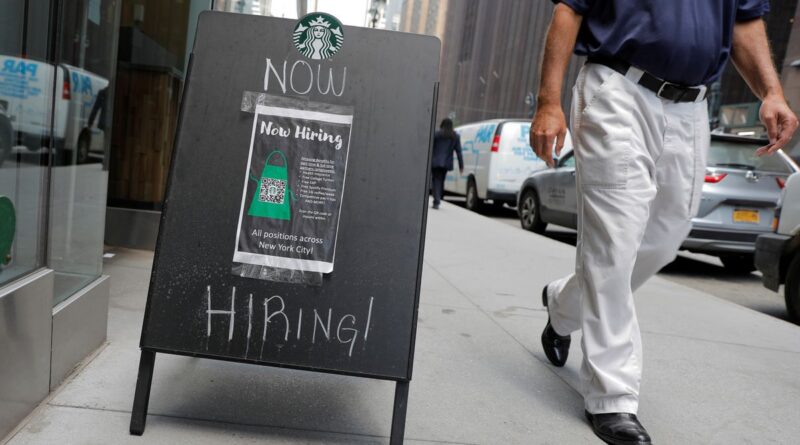 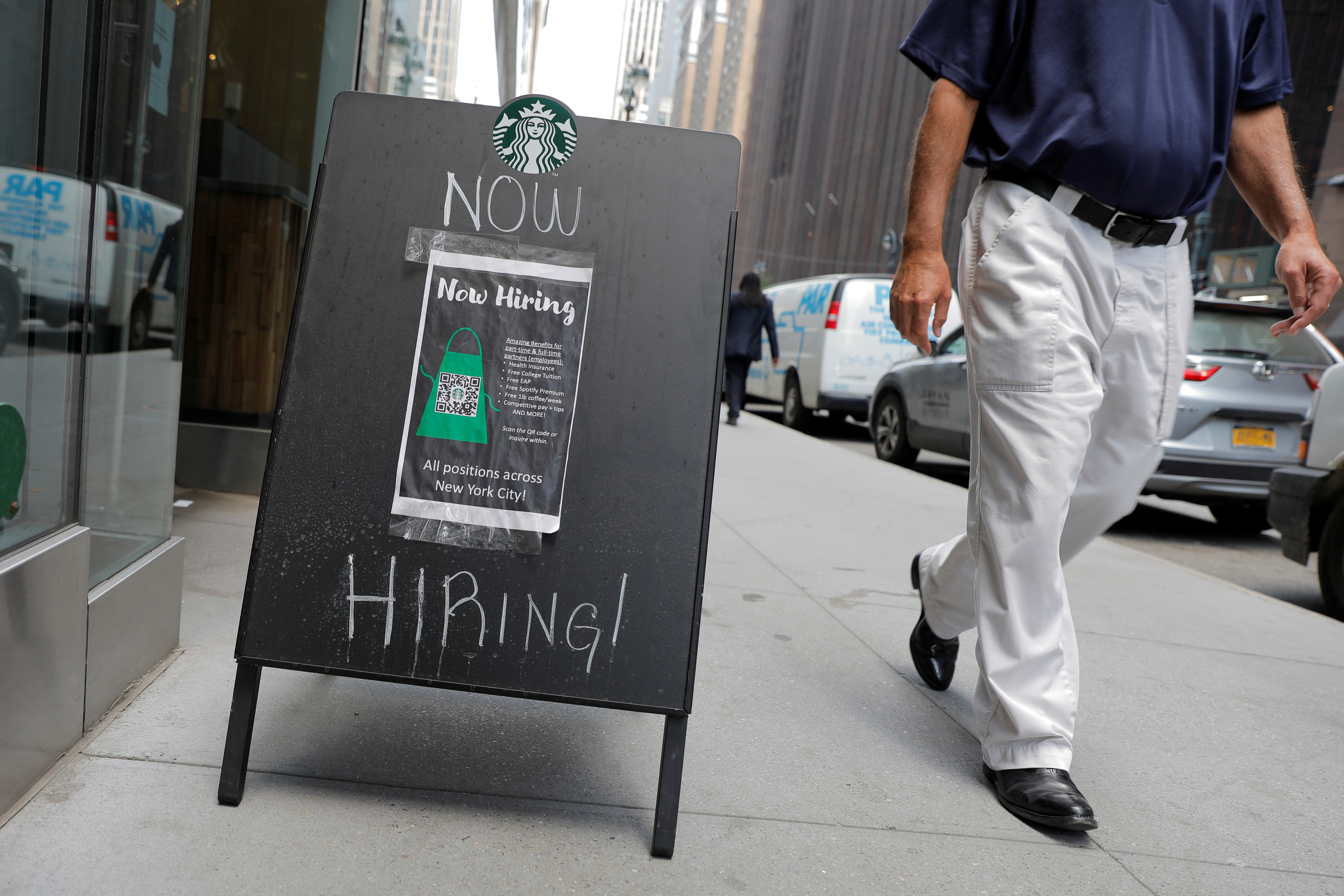 A sign advertising job openings is seen outside of a Starbucks in Manhattan, New York City, New York, U.S., May 26, 2021. REUTERS/Andrew Kelly

The weekly unemployment claims report from the Labor Department on Thursday, the most timely data on the economy’s health, also showed fewer people applied for jobless benefits in the prior week than initially estimated. The data are consistent with strong demand for workers and tight labor market conditions. The Fed has been delivering hefty rate hikes to tame inflation by dampening demand in the overall economy.

Initial claims for state unemployment benefits decreased 5,000 to a seasonally adjusted 232,000 for the week ended Aug. 27, the lowest level since late June. Data for the prior week was revised to show 6,000 fewer applications filed than previously reported. Economists polled by Reuters had forecast 248,000 applications for the latest week.

Hefty interest rate increases from the U.S. central bank have raised the risk of a recession. There is still no sign yet of widespread layoffs. The Fed has hiked its policy rate by 225 basis points since March.

Unadjusted jobless claims slipped 2,492 to 176,793 last week. There were notable declines in Connecticut, Missouri, Oklahoma and Georgia. These offset big increases in Massachusetts and New York.

The government reported this week that there were 11.2 million job openings at the end of July, with two jobs for every unemployed person. Labor market resilience continues to dispel fears that the economy is in recession after gross domestic product contracted in the first half of the year.

The number of people receiving benefits after an initial week of aid, a proxy for hiring, increased 26,000 to 1.438 million in the week ending Aug. 20.

The claims data has no bearing on August’s employment report, scheduled to be released on Friday. According to a Reuters survey of economists, nonfarm payrolls likely increased by 300,000 jobs last month after surging 528,000 in July.

A separate report from global outplacement firm Challenger, Gray & Christmas on Thursday showed job cuts announced by U.S.-based employers fell 21% to 20,485 in August. Though layoffs rose 30% from a year ago, they were down 27% in the first eight months of this year compared to the same period in 2021.

“Employment data continue to point to a strong labor market. Job openings are high, layoffs are low, and workers seem to have slowed their resignations,” said Andrew Challenger, senior vice president at Challenger, Gray & Christmas. “If a recession is imminent, it’s not yet reflected in the labor data.”

The technology industry accounted for nearly a quarter of the job cuts announced in August. Technology companies have announced 14,408 layoffs so far this year, a 70% surge from the same period last year.

Overall, employers announced plans to hire 41,985 workers in August, up 65% from July.

A third report from the Labor Department on Thursday showed that nonfarm productivity contracted at a 4.1% annualized rate last quarter, revised up from the previously reported 4.6% pace of contraction reported last month. It tumbled at a 7.4% rate in the first quarter.

Productivity fell at 2.4% rate from a year ago, instead of the 2.5% pace estimated last month. It was still the biggest year-on-year decline since the government started tracking the series in the first quarter of 1948.