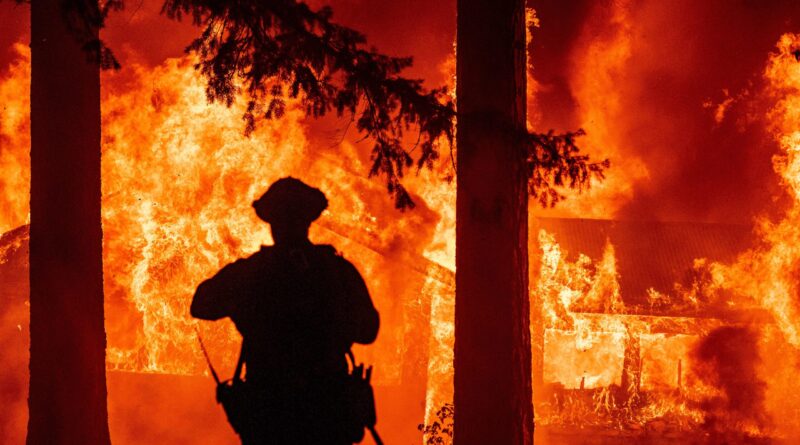 A fast-moving brush fire began torching million-dollar mansions in Southern California on Wednesday and evacuations were ordered as the blaze continued to grow in size.

A vegetation fire broke out near Aliso Wood Canyon between Laguna Niguel and Laguna Beach and grew to roughly 200 acres by Wednesday evening with 0% containment, the Orange County Fire Authority said. The blaze has been dubbed the Coastal Fire. More than 20 homes have been destroyed, according to fire officials.

The OCFA said 60 different types of resources were battling the blaze. Massive flames could be seen from miles away along the coast and several homes in Laguna Niguel were seen engulfed in the fire. A state of emergency was declared for the city of Laguna Niguel Wednesday night to help provide additional resources to fight the fire.

Evacuations were ordered in the Coronado Pointe and Pacific Island Drive areas. Students participating in after-school activities in Laguna Beach were evacuated from school campuses out of an abundance of caution, the Laguna Beach Unified School District said.

The Laguna Beach Fire Department issued volunteer evacuations for those living in the Balboa Nyes and Portafina neighborhoods. The Orange County Sheriff’s Department also asked residents in the communities near Pacific Island Drive and Coronado Pointe to evacuate.

A temporary shelter was opened at the Crown Valley Community Center in Laguna Niguel.

Helicopters have made water drops in an attempt to extinguish the blaze. Details about how the fire started were not disclosed.